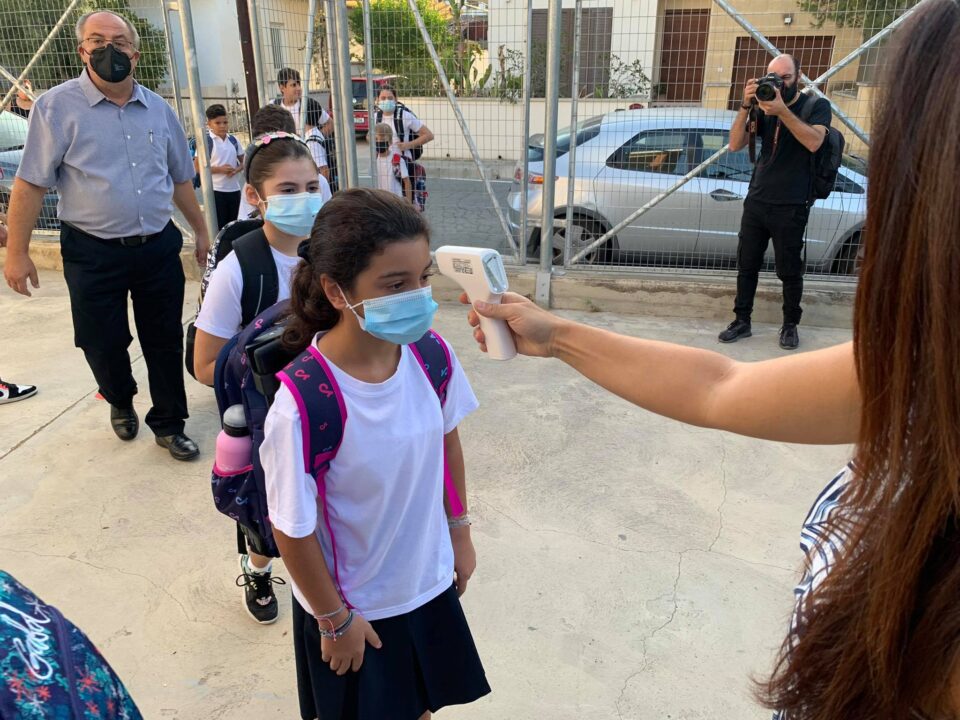 Education Minister Prodromos Prodromou called on teachers and pupils to abide by the health protocols on Monday, the first day of the reopening of primary and nursery schools.

A total of 50,005 pupils were expected to attend school at the 330 primary schools nationwide. The reopening caused heavy traffic on certain main roads early on Monday.

Pupils in first grade of primary school were expected at schools at 9.30am this year, to avoid crowding.

Speaking at the third primary school of Ayios Dometios, the education minister said that it is a “very positive fact” that schools operate with physical presence this academic year, adding that distance learning was “extremely useful and valuable”.

“But nothing adequately replaces physical attendance,” Prodromou said.  The minister was also expected to visit Konstantinoupoleos primary school around 9am.

Prodromou tweeted about the reopening of schools the previous day, saying that educators are ready to receive the children and urging caution for the adherence to the “simple protection rules” emphasising he use of face mask.

The use of face mask is obligatory by the teachers and school staff but not for the children.

Sending his own wishes to pupils, President Nicos Anastasiades highlighted the importance of education using a quote by Nelson Mandela. The president tweeted early on Monday: “Education is the most powerful weapon with which you can change the world.”

Some 271 public nursery schools also reopened on Monday with 18 new classes, bringing the total number of children to 12,426.

A nursery school will also continue to operate in Rizokarpaso in the non-government controlled areas, with seven children and three staff members.

In addition, nine special schools will also operate with 119 classes and 1,021 educators.

The optional afternoon school is expected to be implemented at 64 nursery schools, seven special schools and 131 primary schools.

The majority of schools did not face any issues on the first day of reopening, however a small protest took place at the Ayion Anargiron Monis – Monagroulli primary school in Limassol district.

Students did not attend classes on Monday while parents gathered outside the school, to protest the decision to merge the first with the second grade.

Holding banners and yelling slogans against the “dismantling” of the school, the parents said they had sent letters to the education ministry without receiving a reply.