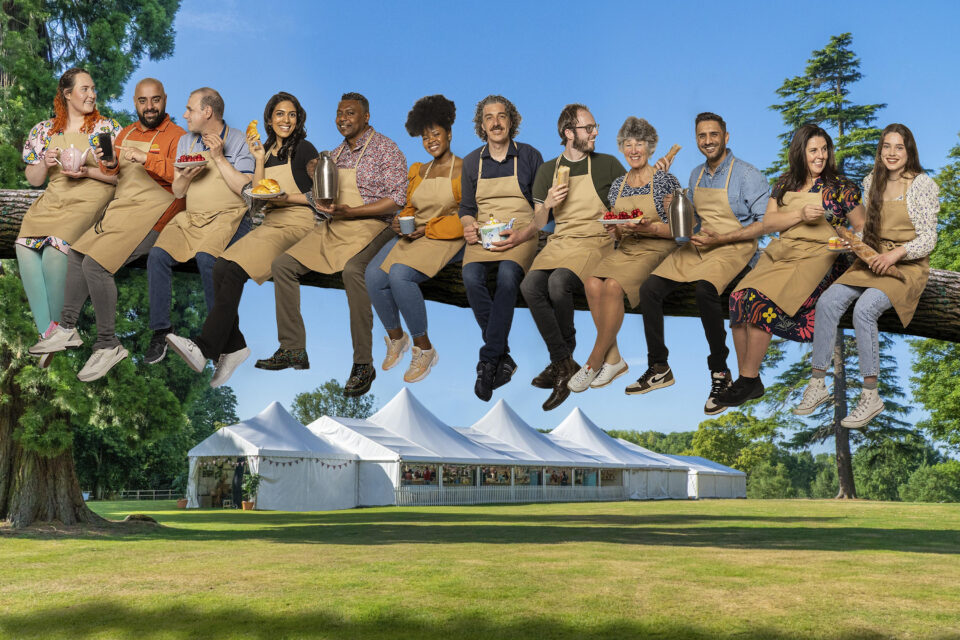 Expect plenty of fun and drama as the fan favourite returns with another round of showstopper bakes. Gemma Dunn finds out what is in store.

Last autumn fans rejoiced as The Great British Bake Off returned under exceptional circumstances and this year is no different.

For much like before, all those involved in the popular Channel 4 show, which sees passionate amateur bakers compete to be crowned the UK’s best, were obliged to test and self-isolate before entering into a Covid-free bubble.

In this case, a six-week stay at the luxurious Down Hall Hotel.

A long time away from family, maybe.

But if its predecessor is anything to go by (a whopping average of 9.2 million viewers tuned in to witness Peter Sawkins triumph last November), its imminent 12th series will be well worth the extra measures.

“We were in a lovely hotel, getting really good food, I had my dog with me, and we’re eating cake for a living – so you can hardly complain about the job!” quips Prue Leith, who returns to co-judge the hit alongside veteran Paul Hollywood.

“So even saying that I found it a little longer and I missed home seems ungracious, because there are people who have had a horrible lockdown.”

“Prue taught floristry skills; I taught a load of people how to use nunchucks…”

“It’s about all I can do now as I can’t play tennis, I can’t go riding, I can’t do any of the things that I used to do, so boules it is!”

Also partaking in the “fun” are returning co-hosts Noel Fielding (who allegedly threw a bubble-secure Indie festival) and Matt Lucas.

All this in addition to the top-tier baking, of course.

So just what can the judges tell us about the latest batch set to enter the famous white tent?

“Not one baker is like the other, I don’t know how the production company manage to do it!

“I mean, I know that the first requirement is that they have to be fantastic bakers, but then they are just so interesting and so nice.”

“The standard this year is certainly the highest I’ve ever encountered,” Hollywood chimes.

“I think the semi-final was harder (to judge), to pick the three for the final!”

“We did have very good bakers in the final,” Leith agrees, “If I had to choose one episode that I would say you have to watch, it’s the semi-final.

“They were they were so good that we had no idea who was going to win!”

No disasters of note that would tip the scales, then.

“There was a bit of a collapsing going on…,” offers celebrity chef, Hollywood.

“And there was the most over-flavoured bake I’ve ever had on Bake Off,” Leith recalls.

“It was unbelievably ill judged, and it was surprising because it came from a baker who was so good with flavour.

“It can happen to anyone.

“But, and I know it sounds an odd thing to say, I actually prefer it when some of them are not so good as it’s much easier to judge if you have a few disasters.

“There was one moment, which was one of my signatures right towards the start of the competition, and I thought, ‘This is this is a good thing to do for a technical’, but in fact, they did it too well, and we were faced with 12 not-quite-identical but damn-near-perfect bakes.

“It’s impossible; you have to rate them one to 12, and number one and number 12 are hardly any different.

“They’re both sellable, perfect cakes that you’d pay good money in the shop for.

“I’d much rather they were not such good bakers.”

So they’re a skilled bunch – but just what challenges can fans expect to see?

“And actually, it was very, very good standard.

“We’re both classically trained, me a cook, him a baker, so we tend to be approving of what we’re used to – the classic way to do things,” Leith explains.

“But where I think my prejudice shows is I was surprised that they could do so many amazing bakes with substitute ingredients you know, using, erm…”

“Well to cook without butter would seem to me to be impossible, but actually it’s perfectly possible and the bakers prove it!” Leith adds.

“It was good for us.

“I learned something all the time [because] I mean the bakers are, let’s face it, obsessed with cake and baking.

“They absolutely live, breathe and think about baking all the time, and so they are way ahead of me anyway on techniques and ingredients!”

“I almost rely on the bakers to introduce me into this world of alternative ingredients,” Hollywood concludes, “I’ve been surprised!”

From butter-free cakes to Damehood, it’s certainly been a summer to remember for Leith, who was amongst a host of stars recognised on the Queen’s Birthday Honours list this June, notably for her services to food, broadcasting, and charity.

“When it was announced that I was a dame, [Paul] bought me some really fancy champagne, and we had a party at about three o’clock in the afternoon,” Leith reveals.

“It was everything, you know, flowers and cake, a sing along, it was great.

“I felt like a child with a birthday party only with alcohol!”

“I’ve worked with three dames, Dame Prue, Dame Mary and Dame Edna, and I won’t bow to any of them!” Hollywood teases.

“Prue’s done an amazing job, so we had a little bit of a party and then we added ‘Dame’ at the beginning of her name on the hut.”

“It was on a little wooden plaque with a rope over it so I could lift it off, and I took it home with me.

“I don’t know where I’ll put it, but I’ll put it somewhere…!” she declares.

Do they feel a stronger bond, having bubbled up for the last couple of years?

“I feel I know these three guys better than I did Mel, Sue and Mary, for instance,” Hollywood confides.

“(Whereas) if you feel you have to fill that space with voices, then you know that’s because you’re slightly uneasy about something.”

“Yeah it is,” finishes Hollywood.

The Great British Bake Off returns to Channel 4 on Tuesday September 21.