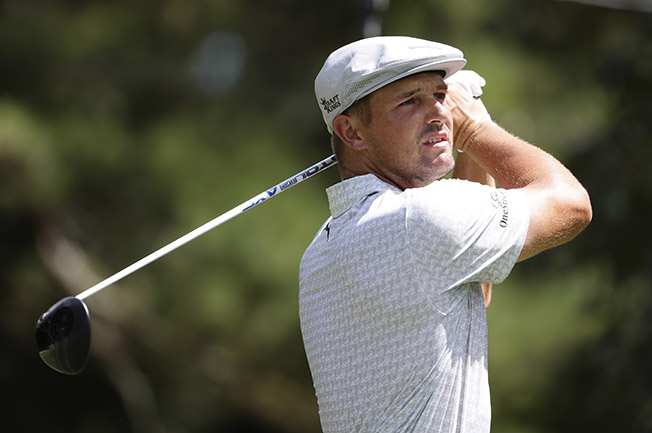 Bryson DeChambeau said his hands are “wrecked” with calluses following training for both the Ryder Cup and the Professional Long Drivers Association World Championship.

DeChambeau, who turns 28 on Thursday, admitted as much after testing his mettle in his version of “two-a-days” — a pair of 90-plus-minute speed training sessions — in Newton Grove, N.C.

“My hands are wrecked from it,” DeChambeau said in a recent interview with Golf.com. “People don’t realize how difficult long drive really is.

“In golf, it’s the one thing where you can judge your accomplishments by a number. Not necessarily by going out and playing golf, because you can catch a sprinkler head or catch a bad break or bad wind. On FlightScope, you can see the ball speed number, and when you obtain a ball speed number, it’s so different and unique. It’s like a shot-putter shot-putting a new record number. You’re trying to find that full potential to break through.”

While the calluses aren’t a good reward for his efforts, DeChambeau believes they are a necessary byproduct as he prepares for both events.

“I do it every week,” he said. “Is it daunting? Hell yeah. At first, when I was trying to do it last year, it was very scary. But now that I’ve been through it and experienced the worst pains from it, and the most relaxed state of it where I’m not doing any speed training, I know how to kind of balance it for the most part. Why not go hard at life and do both?”

The Ryder Cup will be held Sept. 24-26 at Whistling Straights in Wisconsin. The Professional Long Drivers Association World Championship will be contested Sept. 28 in Mesquite, Nevada.

Cyprus problem to be discussed at upcoming EUMed summit