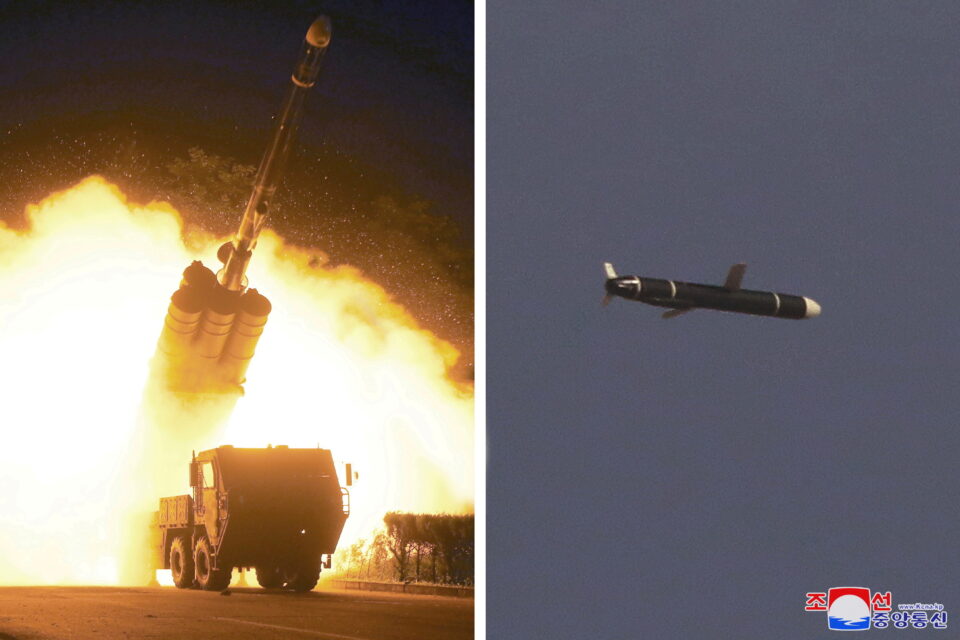 Pyongyang has been steadily developing its weapons programme amid a standoff over talks aimed at dismantling its nuclear and ballistic missile programmes in return for U.S. sanctions relief. The negotiations have stalled since 2019.

Japan’s Coast Guard also said an object that could be a ballistic missile was fired from North Korea that landed outside it exclusive economic zone.

Both Suga and South Korean President Moon Jae-in convened sessions of their national security councils to discuss the launches, according to their offices.

The foreign ministers of South Korea and China were holding talks in Seoul on Wednesday amid concerns over North Korea’s recent missile test and stalled denuclearisation negotiations between Pyongyang and Washington.

If confirmed as a ballistic missile, the test would be North Korea’s first since March this year and a further breach of U.N. sanctions.

The launch came after North Korea said it successfully tested a new long-range cruise missile last weekend, calling it “a strategic weapon of great significance.” Analysts say the missile could be the country’s first such weapon with a nuclear capability.

TIMELINE: North Korea’s missile tests and its foreign relations over the past few years.

April 27 – North Korea’s Kim and South Korean President Moon meet for first inter-Korean summit in more than a decade, pledging to work for “complete denuclearisation of the Korean Peninsula”. They meet again in May and September.

May 10 – Trump announces a June 12 summit with Kim in Singapore.

June 12 – Kim, Trump hold their first summit, in Singapore, agreeing to denuclearisation of the Korean peninsula in exchange for U.S. security guarantees.

Feb. 28 Trump and Kim end their second summit in the Vietnamese capital of Hanoi without an agreement due to differences over demands by Pyongyang for sanctions relief and by Washington for North Korea to abandon nuclear weapons.

May 4 – Kim supervises tests of rockets and a new short-range ballistic missile (SRBM) in first such tests since the November 2017 ICBM launch.

May 10 – Trump said he did not consider the North’s missile tests “breach of trust,” calling it “standard stuff”.

June 30 – Trump and Kim meet for the third time in DMZ on the Korean peninsula.

Dec. 3 – North Korea says it is up to U.S. to decide what “Christmas gift” it wants.

Oct. 3 – Kim sends a get-well message to Trump who tested positive for COVID-19.

Oct. 22 – Trump says he has a very good relationship with Kim and stopped war; Biden likens Kim to Nazi Germany’s Adolf Hitler and calls him a “thug”.

March 21 – North Korea fires two short-range cruise missiles but the United States plays down the first such tests under President Joe Biden and said it was still open to dialogue.

Sept. 13 – North Korea carried out successful tests of a new long-range cruise missile over the weekend, state media said, seen by analysts as possibly the country’s first such weapon with a nuclear capability.

One month after fall of Kabul, economic crisis stalks Taliban