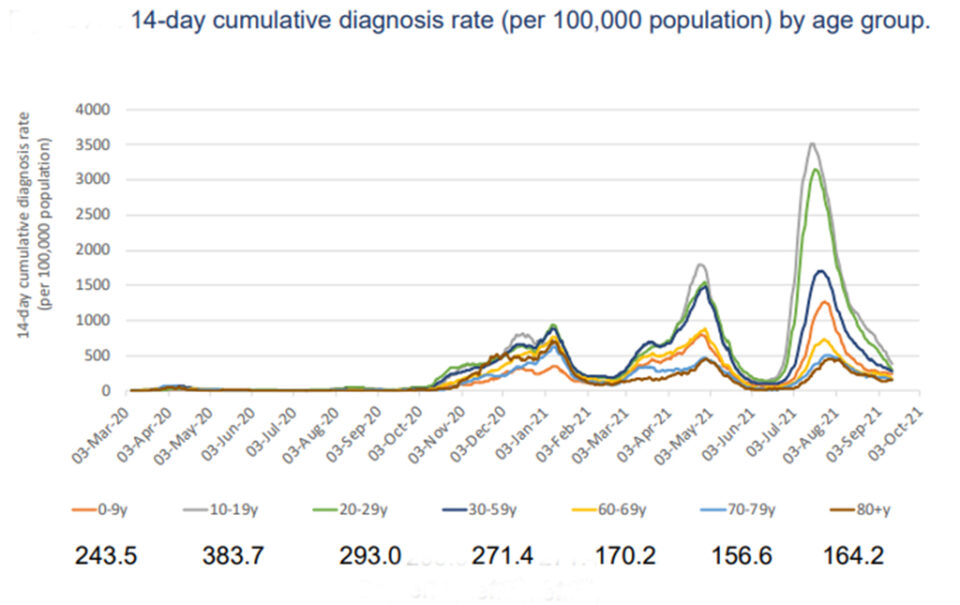 August was the deadliest month since the coronavirus pandemic outbreak in the island, the health ministry’s epidemiological report showed Friday.

Covid deaths in August increased 102 per cent over July with 93 fatalities reported, surpassing the previous high of December and January, which each saw 86 deaths.

The three months constitute for 42 per cent of the total number of Covid deaths, at 544, and are followed by April with 66 deaths, May with 58 and July with 46.

Most of the total deaths, 199, concerned people who lived in the Limassol district, followed by 173 who lived in Nicosia, 102 in Larnaca and 36 in Paphos. Famagusta had the least number of deaths, counting 26 fatalities while six people who died from coronavirus did not report a residency and two concerned foreign nationals.

More men have died during the pandemic than women, with the numbers standing at 348 compared with 196 deaths that concerned women. The median age of all Covid-19 associated deaths was 78.

This puts the country in the red category of the ECDC classification of countries based on epidemiological data, an improvement on its previous dark red standing.

Most cases, 91.5 per cent, were locally acquired while some 8.5 per cent were imported.

More than 30 per cent of new coronavirus cases were diagnosed in Nicosia, while 29.1 per cent were found in Limassol, 18 per cent in Larnaca, 12.5 per cent in Famagusta, 9.6 per cent in Paphos and five cases either in the British bases or among people who live abroad. No information was available for three per cent of the cases.

Approximately one tenth of the new cases, 12.7 per cent, did not report any symptoms upon diagnosis.

As of September 15, there were 111 people in hospital with coronavirus with a median age of 61, of which 66 were male and 40 female.

Up to September 13 a total of 117,754 cases of Covid-19 had been recorded in Cyprus, with 5,504 having received hospital care and 98 per cent of total coronavirus patients recovering.

Lengthy tennis toilet breaks may soon be thing of the past

Coronavirus: Mandatory tests may be coming in for vaccinated (Updated)