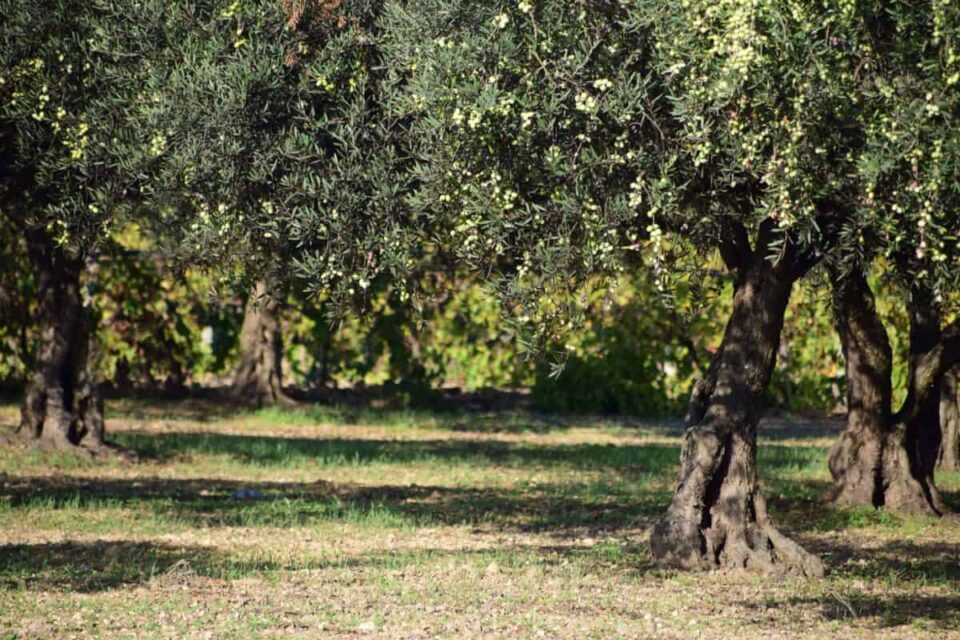 The stories of seven people across time are linked by the olive groves of Terra in a new book. Alix Norman speaks to the London-based Cypriot who wrote it, and why the area is important to him

Terra, Cyprus. 330 BC: A shred of light prized open Zeno’s eyes. Branches shielded his face from the baking sun. Olive trees. All he could see was row upon row of olive trees…

This is the start of The Olive Trees, a charming book that dips in and out of the history of one tiny village: Terra, in the Paphos district. From the opening story, and a slave’s escape from the copper mines of Tamassos, to the troubles of the 1950s, it’s a fictionalised account of key moments in Cyprus’ history, seen through the eyes of seven different characters.

The common element in each narrative is the olive groves of Terra… In 330 BC, slave Zeno wakes and works amidst the trees. In 122 AD, a Roman governor dies beneath the olives, his gold coins scattered among the roots. In the year 688, Husayn uses an ancient coin discovered in the earth of the olive plantation as a talisman. And in 1957, a policeman sets off on a night raid from the groves of his home in Terra.

“The stories are united by the olive groves,” explains author Akin Yilmaz, whose family come from Terra. “Each narrative centres on the village, and the olive trees are integral to every character in one way or another. And, I guess, to me as well: although I was born and bred in the UK, my ancestors lived in Terra for centuries…”

The Olive Trees is Akin’s first book, a foray into the world of words for a man who “works with numbers during the day! I’m the Finance Director of the Greyhound Board of Great Britain,” says the London-based 53-year-old, “and so the book was written in my spare time, in the evenings and at the weekends – driven by my fascination with the village of Terra, and my own past.

“Two years ago,” he reveals, “one of my birthday gifts was a DNA test kit. The results intrigued me: I had ancestors from all over the eastern Mediterranean region, including Albania. I began researching my genealogical tree, and discovered my family had been based in Terra for centuries: generations of ancestors stretching back into the mists of time. My father was born in the village, so were my grandfather and great-grandfather. My great great-grandfather married an Albanian woman whose family had been exiled by the Ottomans to the nearby village of Akourdaleia in the 1840s…”

Although Akin recalls little of his childhood visits to Terra – “my clearest memory is riding on a donkey around the village” – he has visited since. When the checkpoints opened in 2008, he went for the day; “I saw the water fountain in the village built by my great-grandfather; visited the olive groves and the house where my father was born. And I was due to visit again this year, but Covid made the trip impossible. I can’t wait to get back there again,” he sighs. “It’s such a wonderful place to me, rich with a history that’s very personal.”

This personal history is referenced more than once in the book. “The final two stories are actually based on real events,” Akin reveals. “The penultimate narrative is seen through the eyes of my five-times great-grandfather, a former sergeant in the Janissary corps. He retired from service to work on his olive groves,” Akin reveals, “rediscovering the ancient Venetian water source and enticing people back to the empty village by having the whole place reclassified as a farm – which, at the time, meant Terra became tax-free for all residents.

“And the final narrative tells of my father’s time with the Cyprus police force working under the British,” he adds. “The raid on the monastery – that happened. The murder of a colleague – that’s true. It was a difficult time,” he adds, “which ended with my father leaving the island for a new life in London.”

Steering clear of politics – “there’s no agenda here other than a deep love of my father’s village, and of Cyprus as a whole; we’re all Cypriots,” says Akin – and dipping into key moments in history, The Olive Trees is one man’s homage to Terra. It’s not perfect in terms of language – few self-published efforts meet the exacting standards we expect from international publishing houses – but it’s nevertheless beguiling; each story an enchanting glimpse into the past.

“Each moment in time was chosen to reflect a point of historical significance for the island,” explains Akin. “So we have the rule of Alexander, the Romans, the joint rule of the Arabs and Byzantines, the time of the crusaders, the invasion by the Ottomans, and finally a time of emergency that still haunts the island to the present day. And each drew inspiration from different things…

“The first chapter, set during the reign of Alexander the Great, was prompted by an article about the slaves of the Tamassos copper mines: what if one of those slaves had escaped, and found their way to Terra? What would have been the consequences for the village’s inhabitants?

“In Chapter Five, the story is based on a real person, Giovanni Synglitico, whose grandfather was given Terra by the then King. His father was Viscount of Nicosia and his uncle was commander of the Venetian army, but when the Ottomans took Nicosia the records die out. I imagined what might have happened to Giovanni as he raced to escape death…”

Each story, Akin adds, was meticulously researched. “The earliest were based on historical data; I corresponded with the archaeological museum in Nicosia to find out how long the area had been settled for, and what artefacts had been discovered in the region. The latest were based on family anecdote; I spent hours talking to my father – he described the events of the time as if they’d happened yesterday…”

Released in July, and currently available on Amazon and through Kindle, The Olive Trees has already garnered quite a following. “We’ve sold copies around the world, in the UK, the US, in Germany,” Akin concludes. “I’m just pleased such a personal project is resonating with readers. And that it’s bringing Terra – and its olive groves – to the attention of the world.”

The Olive Trees is available from amazon, both in paperback and as a kindle edition