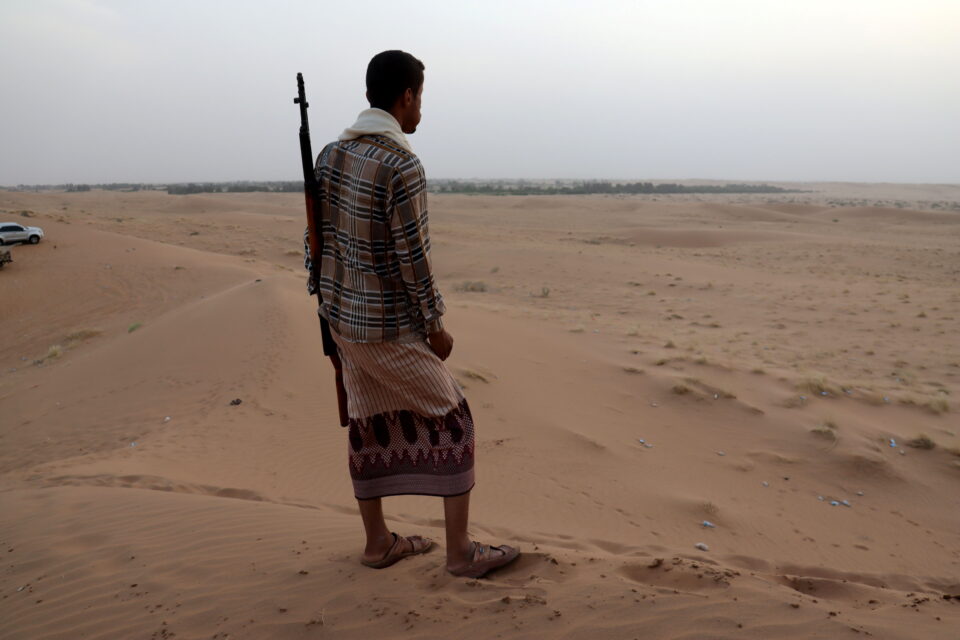 An armed man loyal to the government forces stands guard at a site near the Safer oil fields in Marib, Yemen

Yemen’s Iran-aligned Houthi movement said on Saturday that authorities had executed nine men who were convicted of involvement in the 2018 killing of Saleh al-Samad, then the armed group’s top civilian leader.

Samad, who held the post of president in the Houthi-controlled administration which runs most of northern Yemen, was killed in April 2018 by a Saudi-led coalition air strike in the port city of Hodeidah on Yemen’s west coast.

He was the most senior official to be killed by the coalition in the years-long war in which the Houthis are fighting forces loyal to the internationally-recognised government based in the southern port city of Aden.

The government is backed by a Saudi-led coalition which has received support from Western powers. Saudi Arabia and its mostly Gulf Arab allies allege the Houthis are proxies for their arch-rival Iran, something the group and Tehran deny.

Houthi authorities said the nine men were charged and convicted for their involvement in the killing of Samad, including spying and sharing sensitive information with the Saudi-led coalition.

The Houthis said the execution by firing squad was witnessed by “masses”, including blood relatives and Houthi leaders in the capital Sanaa, which they control.

Remand for suspect caught with 24kg of tobacco and cigarettes