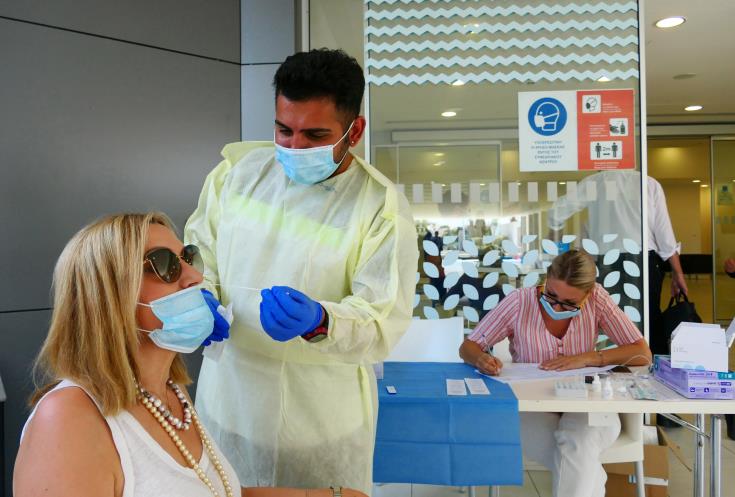 Lawmakers on Monday began reviewing the government’s request to spend an additional €91 million, the lion’s share of which will go to continuing support to businesses as well as to the purchase of coronavirus test kits and vaccines.

The €91.7 million – given the nod by the cabinet earlier this month – comprises the fourth supplementary budget submitted to parliament for this fiscal year. Altogether, to date the supplementary state budgets in 2021 come to €501 million.

Giorgos Panteli, the finance ministry’s permanent secretary, told MPs that the €91 million will burden the budget deficit by an extra 0.4 per cent of GDP.

Up until July, the budget deficit was in the red to the tune of 3.2 per cent of GDP. According to Panteli, the government expects a deficit of no greater than 5.1 per cent of GDP by the end of the year.

In addition, €11.5 million will go to an ongoing scheme where the state subsidises the hotel accommodation of people receiving at least one dose of a coronavirus vaccine, plus outstanding obligations of the junior ministry of tourism to tour operators and airlines.

The government also wants €30 million for non-recurring expenses through the end of the year and relating exclusively to pandemic management.

According to Panteli, 100 per cent of the credits from the three earlier covid-related supplementary budgets have been absorbed.

Permanent secretary of the junior ministry for tourism Theofanis Tryfonos said between September 2020 and June this year, some 105,000 people benefited from the various schemes subsidising domestic tourism. From July to August this year, around 78,000 Cypriots opted for ‘staycations’.

Responding to questions, the official said expenditures on rapid tests came to a little over €26 million by the end of August.

The latest coronavirus surveillance report – covering the period up to and including September 13 of this year – shows that 10.37 million rapid antigen tests, and two million PCR tests have been carried out under the auspices of the health ministry.

Minister a no-show at MP grilling over divided family