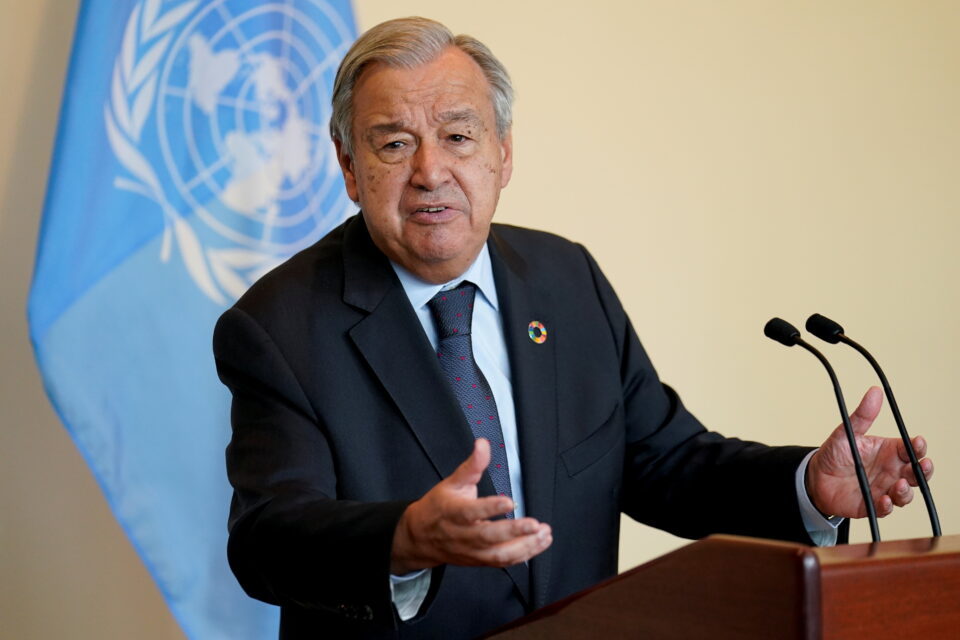 By Michelle Nichols and Valerie Volcovici

UK Prime Minister Boris Johnson urged leaders of the world’s major economies including the United States to deliver on their commitments toward a $100 billion per year climate fund with less than six weeks to go before a UN climate summit.

“Too many major economies – some represented here today, some absent – are lagging too far behind,” Johnson said. “I’ll stress that again – for this to be a success we need developed countries to find that $100 billion.”

Those involved in the roundtable included the United States, China, India, EU nations as well as Costa Rica, the Maldives and a mix of developing and middle income countries and industrialised nations.

Johnson told reporters that he is hopeful the United States can deliver on a promise to step up its share of money toward the $100 billion annual goal but “we’ve been here before” and “we’re not counting our chickens”.

“The United States is crucially important,” Johnson said. “It will send a massively powerful signal to the world.”

Guterres told reporters after the roundtable that he heard “encouraging declarations” about raising financial support to help developing countries deal with climate change.

One UN official described the discussions as “brutally honest” about expectations for the summit and that there “was a collective sense of ‘we’re in trouble’.”

The roundtable discussion aimed to ensure a successful outcome at the conference even as reports show major economies being far off track on their emission reduction goals and climate finance commitments.

A UN analysis of country pledges under the Paris agreement on climate released on Friday showed global emissions would be 16 per cent higher in 2030 than they were in 2010 – far off the 45 per cent reduction by 2030 that scientists say is needed to stave off disastrous climate change.

Another report released on Friday by the Organisation for Economic Co-operation and Development said that rich countries likely missed a goal to contribute $100 billion last year to helping developing nations deal with climate change after increasing funding by less than 2 per cent in 2019.

Guterres also pressed donor countries and multilateral development banks to show progress toward meeting his goal to increase the share of finance dedicated to helping countries adapt to climate change to 50 per cent from the current level of 21per cent, said Selwin Hart, special adviser to Guterres on climate action.

A report released on Monday by Oxfam estimated that wealthy governments will continue to miss the $100 billion goal and reach only $93 billion to $95 billion per year by 2025 – five years after the goal should have been met, depriving climate-vulnerable countries of between $68 billion and $75 billion in total over the six-year target period.

Simon Stiell, Grenada’s minister for climate resilience, said that in the weeks between now and the summit, the pressure is on the G20 group of the world’s biggest economies to step up their domestic emission reduction targets and commitments to mobilise international climate aid.

Action by the G20 countries can “move the needle” in terms of meeting the goals of the Paris climate agreement, Stiell said.

Guterres told Reuters in an interview last week that the gulf between developing and developed countries puts the summit at risk of failure.

“There is still a level of mistrust, between north and south, developed and developing countries, that needs to be overcome,” Guterres said.