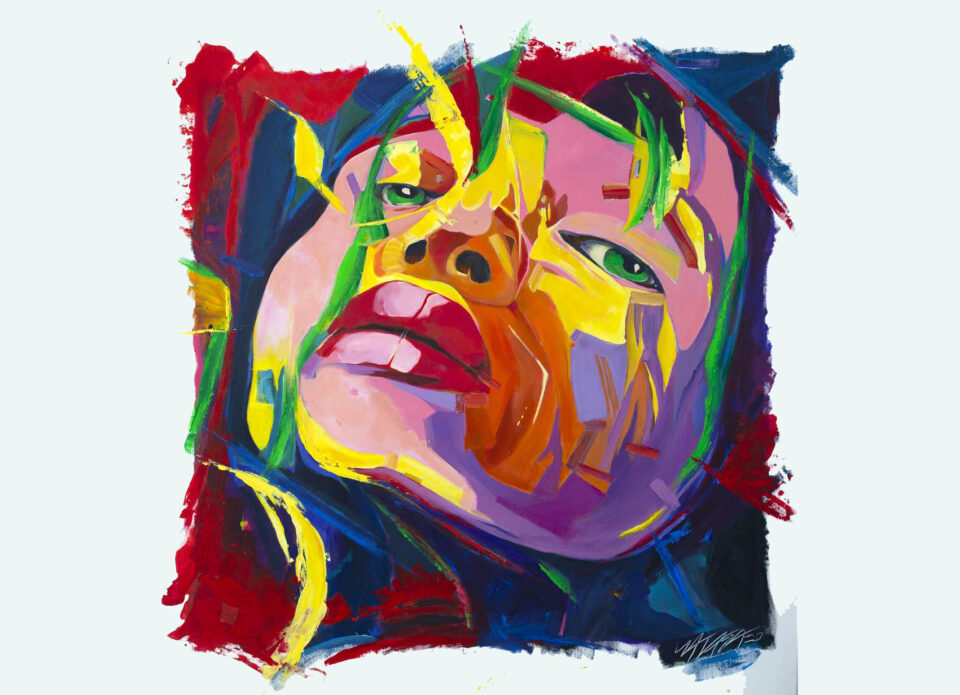 New colourful art is coming to town as Natasa Socratous Epaminonda presents her latest solo exhibition titled See Through my Eyes. Opening at Nicosia’s isnotgallery on October 9, the exhibition will remain open until the end of the month, October 27.

The series See Through my Eyes, curated by Andros Efstathiou, uses colour as a means to explore how emotions – both the artist’s and viewer’s – can be shaped and altered, as well as how the choice of colour separates the positive from the negative. The power of colour and its metamorphic ability to pervade the surrounding space invites the public to discern emotions through the subject matter. As the artist herself notes: “I want to convey strong emotions and emotionally charged messages to the viewer, emphasising on the expression of my inner experience”.

The portraits in the series feature distinct layers of vibrant block colour brushstrokes focussed on the emotion of female faces, as opposed to a strict portrait form. Often the form of the face fades into the background via stray brushstrokes, while in other cases the combinations of bright colours contrast with a white or monochrome frame.

Through her personal lens, the artist combines a chaotic element with a joyous feeling which results from the colour palette. For Epaminonda, the use of cheerful colours was an imperative personal need: “Since we all stayed home, I had the opportunity to use my time creatively […]. The difficult times which we all went through, became my motivation to ‘exorcise’ the evil through art and to freely imprint my thoughts and feelings on the canvas”.

As in her previous series, the artist deals with the female; the female figure, the face, the expression, the feelings and emotions. In the portraits presented in this exhibition, she focuses on the eyes of her subjects to be a central point of reference in the works. Both the angle of the face and the eyes in each work are what determine the oomph, she explains.

Through abstract techniques or a sketchy style, the freedom of the painting process is revealed. The irregular brushstrokes allow the feelings of the artist, in a way, to be revealed: The nervousness of uncertainty.

See Through my Eyes