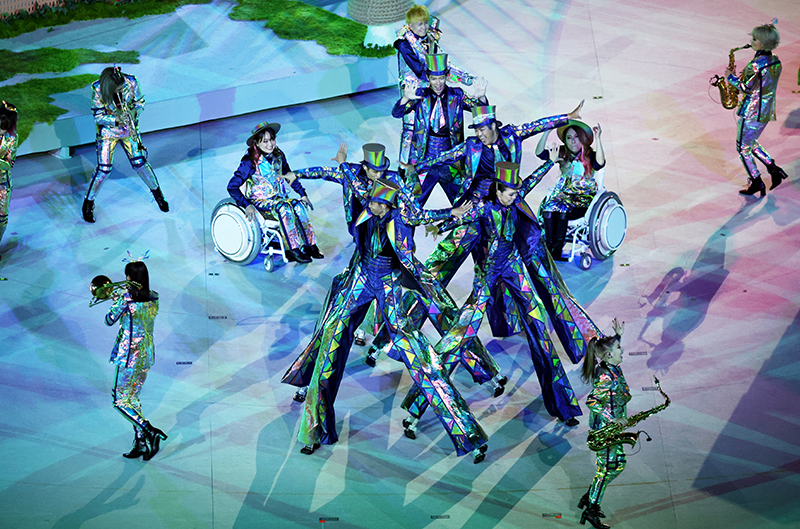 Between the Olympics and the Paralympics most of what little summer UK was awarded got mopped up in the wall-to-wall TV coverage thereof. Never once, however, in all that time did I hear one person confess they were all agog to hear who got a gold for the Men’s Open Downhill Walk, or the Over-Fifties Ladies Hunt-the-thimble and Sewing B event (Aka the Stitch-and-Bitch contest). In fact, it appears, that to hear the words ‘Team GB’ or ‘Tokyo’ on the BBC News effectively signalled that was the perfect moment to pop out and make a cup of tea.

Not a soul seemed to care. Yet, when they finally dare to announce the truth I’ll stake an unused fiver that there were plenty of Covid cases caused thereby. And that was despite 80 per cent of Japanese citizens being against the whole idea, and against paying vast sums for planning, feeding and accommodating the contestants.

The original aim of the games was Citius, Altius, Fortius, Faster, Higher, Stronger. And the Olympic Charter specifies that: “The goal of Olympism is to place sport at the service of the harmonious development of humankind, with a view to promoting a peaceful society concerned with the preservation of human dignity.” This is just a verbose way of stating the original purpose of the ancient Games which was to create an alternative to the Greek habit of deciding who was really the superior nation by the customary and more natural method of open warfare.

The question of what the Olympics are really for has haunted the games ever since Baron Pierre de Coubertin “revived” them in Athens in 1896. He, like other French conservatives at the time, was worried about national virility declining especially after losing the war against Prussia in 1871, and he had no idea of the other two even greater horrors soon to come. He thought competitive sports would be the answer to the shortcomings of French manhood.

Apart from restoring French masculinity, Coubertin also hoped that an international sporting event would promote peace by bringing the world’s peoples together. Like World Fairs and Boy Scout Jamborees, the Games would encourage international friendship as well as patriotism. After clean and fair competition, the healthiest specimens from many nations would march together to a better future. Of course it didn’t work as too many of the French and international right-wing were instinctively opposed to the idea as well as to the entire concept of international friendship.

So, historically speaking, the original Olympics were devised as a way of substituting sport for real conflicts. The human philosophy of Olympism broadly refers to building a peaceful and better world through solidarity, team spirit, joy and optimism in sport. Today we have, planet-wide, more wars than ever so that idea plainly hasn’t worked very well either. Furthermore there is still plenty of aggression in the Olympics, boxing, kick-boxing, rugby, shooting as well as slinging javelins, chained weights and the conspicuously odd discus. (What on earth was the discus for anyway? Folk were throwing them in games as far back as 500BC, but why on earth?)

Now that all the bru-ha-ha has died down, what was the Tokyo, or any other, Olympic Games really all about? There were no audiences but enormous sums of money were expended without any serious chance of anyone getting anything useful out of it, unless you count those great big mass-produced biscuit-looking things they call gold and silver metals. Of course that’s not really the medals, it’s only the purely symbolic representation. The medals just show us that somewhere or other there are cohorts of athletes training for hours a day at some over-specialised feature of one or another athletic discipline. There is a big prize for the chap who runs the fastest marathon, and that is a reminder that someone once saved a chunk of civilisation by being able to do it.

Now everything is out of all proportion. Some train to be fastest at the 100 metres. Others at the 200, or 500, or 1,000, 2,000, 5,000, 10,000. Then they subdivide further by putting obstructions – called hurdles – in the way. Then there’s the who can throw an obsolete javelin, or a weight on a chain, or a stuffed wellie-boot or discus the furthest. Vast facilities and funds are required to achieve these aimless sub-divisions. And who benefits? Who, I ask you, will ever – in real life – need to throw a discus of a certain diameter and a certain precise weight anywhere?

I even heard some fool say that if they’d spent all that Olympic money on medical research the earth’s population would be able to grow more safely and lots faster. I’m not sure I grasped his point.