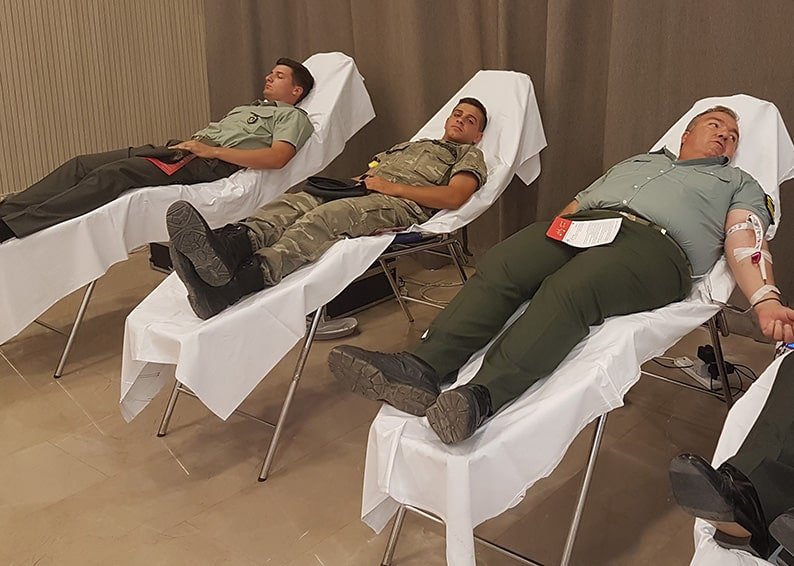 The health ministry on Wednesday sounded the alarm regarding a general lack of blood supplies in hospitals in Cyprus.

According to an official statement, the need for blood in the recent weeks has increased because non-urgent operations have resumed following the high number of surgeries postponed during the Covid-19 pandemic.

“The health ministry’s blood centre is embarking on a major campaign to meet the increased need for blood, with the aim of ensuring that all patients requiring transfusions are covered. It is a challenge for us,” the statement said.

“We urge our blood donors to respond to the blood centres’ calls to win another battle against the pandemic.”

The ministry said blood donation programmes are slowly but steadily returning to normal with major blood drives at army camps, lyceums and technical schools scheduled all over the island, a statement confirmed by the head of the Blood Centres Socrates Menelaou.

“Our blood drives are at full speed now,” he told the Cyprus News Agency on Wednesday.

“We have drives in army camps, in schools and several other places, which take place on a weekly basis. There are at least 20 available drives per week in the island,” he said.

Menelaou explained that the flow of blood donation is currently in line with that of previous years but, because of many delayed surgeries, there is now an increased need for blood, both at public and private level.

“Surgeons are working non-stop to fill the gaps created by the pandemic and this of course has affected the demand for blood,” he said.

He added that all blood types were needed and urged blood donors who have already donated in the past and are in the Blood Centre’s database to answer calls and emails from the organisations in order to help those most in need.

Blood donors who have been diagnosed with coronavirus can resume donating blood as soon as they leave quarantine, while for people who have received the Pfizer of Moderna vaccine, a week needs to pass before they can donate. The waiting period grows to 28 days for people who received the AstraZeneca or Johnson & Johnson jab.

The following blood banks are currently in operation:

Limassol: Blood donation centre at the Church hall of Ayios Georgios Havouuzas between 7.30am and 8pm. Tel.: 96651547

In addition, people wishing to donate blood can also contact the Red Cross who will advise of any donation programmes they may be running at 22 504400 or via email at [email protected].

Poet’s love affair with the power of words