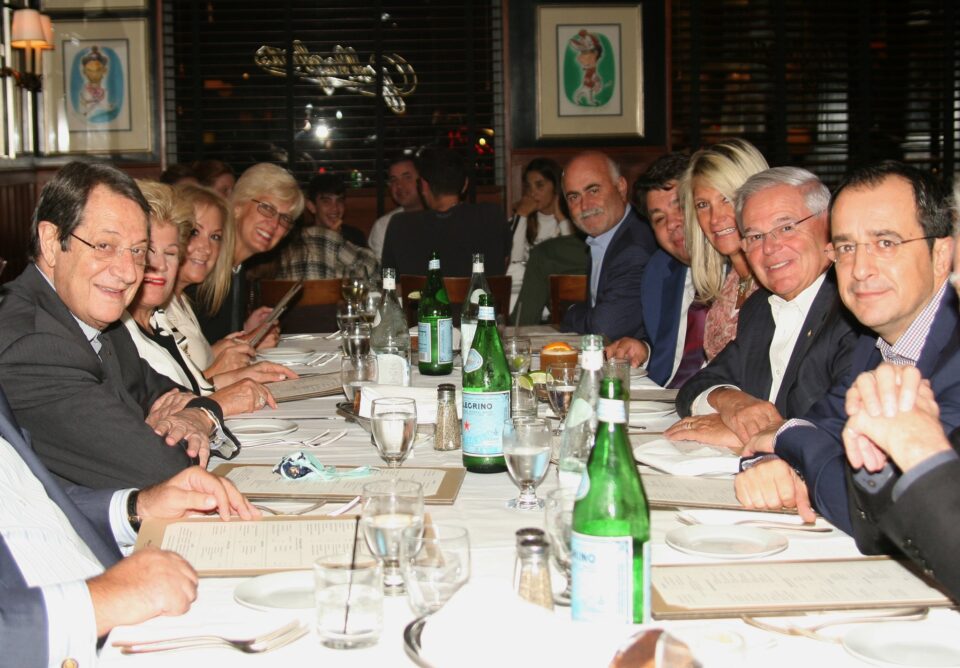 President Nicos Anastasiades attended a dinner in New York, in honour of President of the US Senate Committee of Foreign Relations, Bob Menendez, hosted by former President of the Federation of Cypriot American Organizations, Panikos Papanicolaou.

In post on Twitter President Anastasiades expressed gratitude to Senator Menendez “for his tireless work on advancing the partnership between Cyprus and the US; his support to our efforts to resume substantive talks for the reunification of Cyprus; and for sharing our vision for peace & stability” in the Eastern Mediterranean.