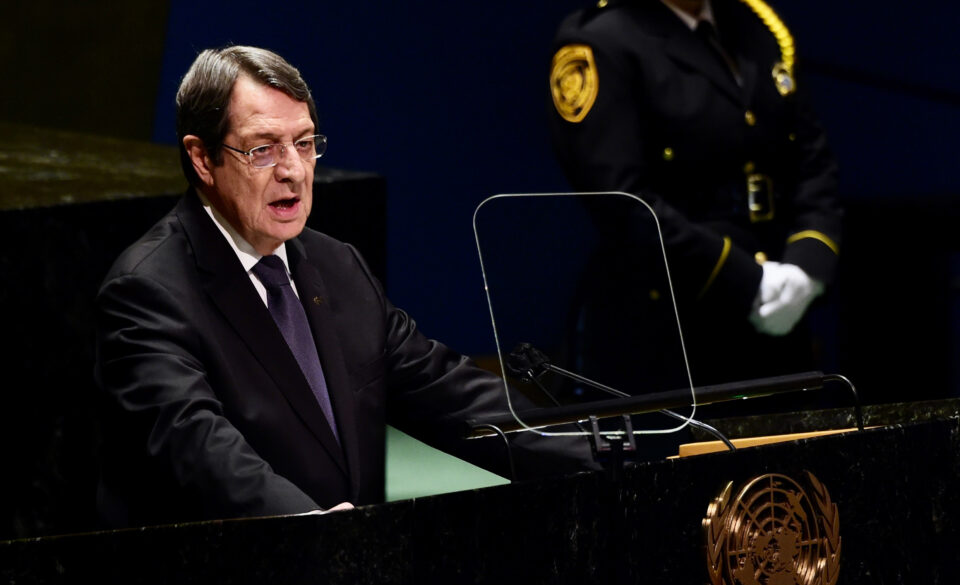 UN Secretary-General Antonio Guterres will be meeting with the leaders of the two communities in Cyprus, on Monday, in a bid to find common ground for the resumption of the peace talks.

The meeting will take place in New York in the framework of a lunch (NY time) the Secretary-General will host for the President of Cyprus, Nicos Anastasiades, and the Turkish Cypriot leader, Ersin Tatar.

President Anastasiades said during a press conference upon his arrival to New York for the UN General Assembly that his optimism is limited due to the extreme views Turkey and Tatar express.

In a statement to the press following a meeting with Guterres on September 22 the President said that he briefed the SG on his view and positions on how a creative dialogue could commence again without any prerequisites, adding that they agreed that these views will be expressed during the lunch with the Turkish Cypriot leader.

Speaking last Friday at a dinner, hosted by the diaspora in New York, President Anastasiades said that no blackmails, threats or pressure can be accepted on the Cyprus issue. He reassured the diaspora federations on his will and determination to solve the Cyprus problem based on principles that will lead to a functional and viable solution that will safeguard the independence of the island.

Earlier, during lunch with permanent representatives of the UN Security Council five permanent members, President Anastasiades, outlined his proposals and initiatives to overcome the impasse aiming to reach a viable and functional solution of the Cyprus problem, the press release notes.