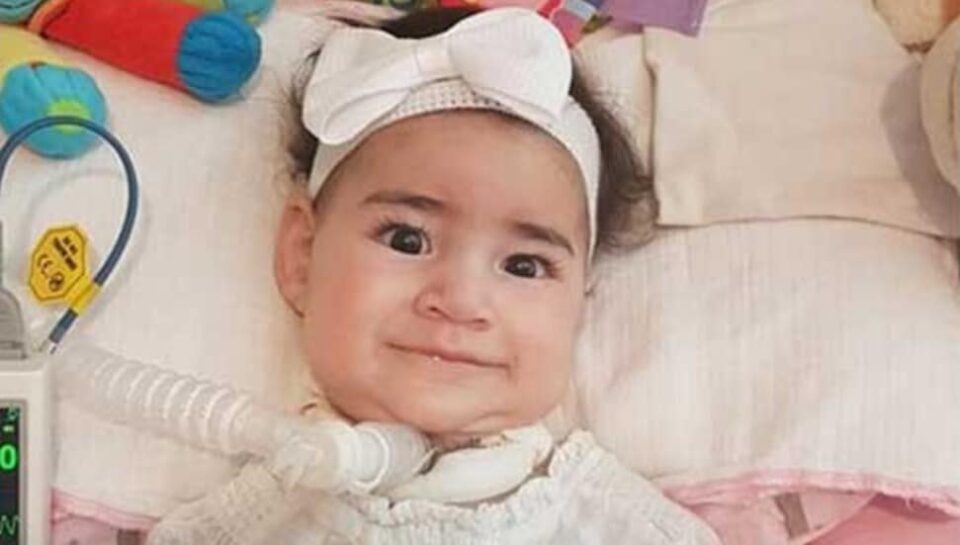 An air ambulance carrying the infant and her parents arrived at Larnaca in the morning and she was taken to the Makarios hospital for her treatment. The aircraft picked the girl up from Turkey, where she had been hospitalised.

Her family announced on the Facebook page where updates are posted on Asya’s condition, that the necessary arrangements would be made for the baby to be administered the Zolgensma, a gene therapy used to treat children with SMA less than two years old. The  life-saving medicine is administered in a one-time-only dose.

As this treatment costs around €2m, the family had launched fundraisers in a bid to raise the full amount. After the issue was brought to the attention of the government, it was announced that the Republic would pay for Asya’s treatment.

SMA is a group of hereditary diseases that progressively destroys motor neurons in the brain stem and spinal cord that control essential skeletal muscle activity such as speaking, walking, breathing, and swallowing, leading to muscle weakness and atrophy.

“We finally see light at the end of the tunnel,” Asya’s father, Ozan Polatli told Genc TV on Monday, thanking President Nicos Anastasiades and the other Greek Cypriot officials who made the treatment possible.

He said when they first heard reports of the government’s intention to assume the treatment cost, they initially did not believe anything would happen.

But last Friday, he said, officials of the Republic informed him through email of the treatment and which doctors would monitor Asya, along with other information.

Polatli said his daughter had been closer to death day by day and now they are happy that there’s hope.

“No mother, no father should experience this. Health is a right to all,” he said.