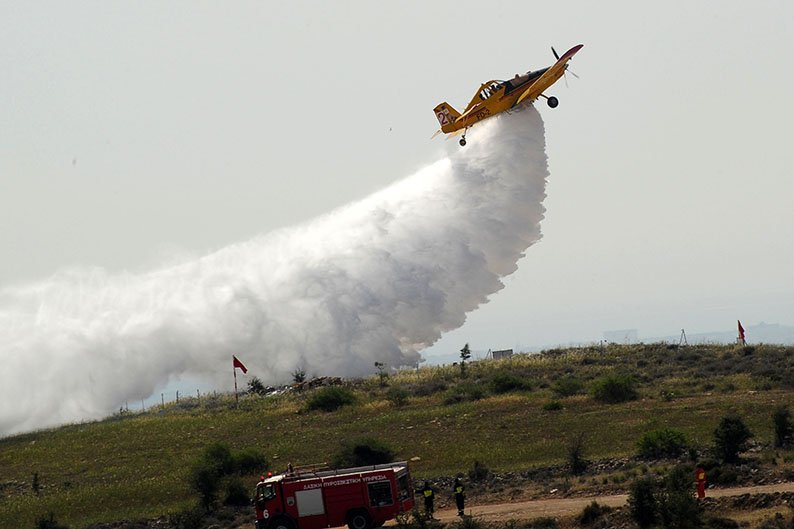 Fire fighters have contained two blazes in the Limassol district on Tuesday, one of them in heavy industrial zone in Ypsonas, the fire service said.

Four helicopters and six fire engines from the fire service as well as two from the forestry department responded to a fire that started between Lofou and Ayios Georgios and Monagri villages, fire service official Christoforos Stylianou told the Cyprus Mail.

The fire broke out around 10.30am on Tuesday.

According to the fire service official, there have been numerous fires in the industrial area over the last 15 days.

“We have a particular issue with fires in the industrial zone and the surrounding area in the last few days,” he said.

Although the fires appear to have been set on purpose to get rid of waste that is illegally dumped there, according to Stylianou, no arrests have been made so far.