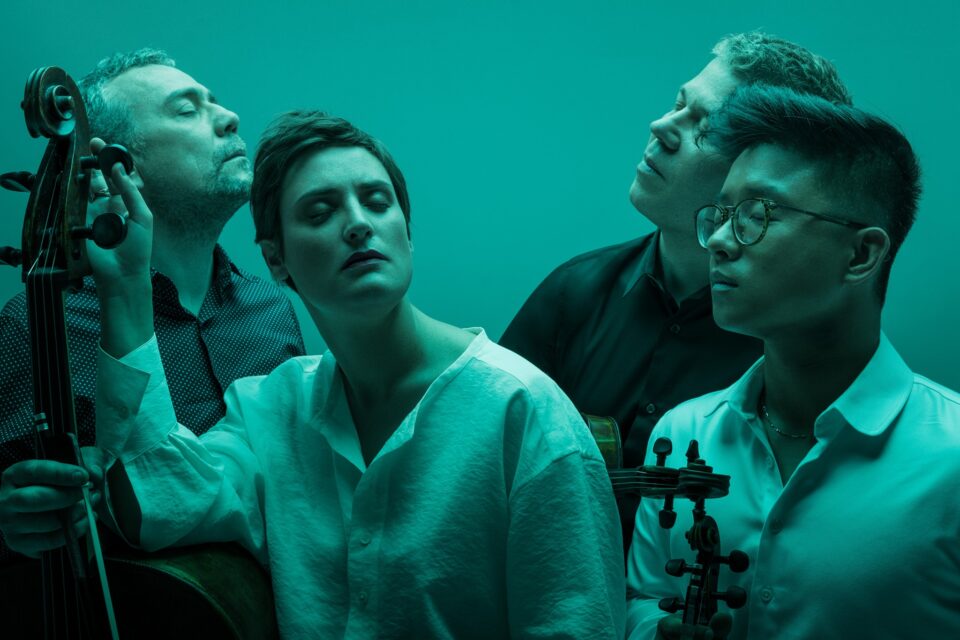 The 12th International Pharos Contemporary Music Festival returns to the Shoe Factory from October 8 featuring three distinct concerts alongside a number of other corresponding activities, such as lectures, workshops, and educational activities for the youth.

As always, the festival aims to be a melting pot of music traditions, from east to the west, as well as music eras, from the past to the present, to trace the evolution of classical music, expose an exciting palette of joint and contrasting elements, trends and compositional techniques, and deliver an exceptional sonic experience to the audience.

The festival will open on Friday 8 with a concert by Quatuor Diotima – one of the most acclaimed ensembles of chamber music in the world today. The Quartet projects a new light on the masterpieces of the 19th and 20th centuries, and has collaborated closely with several of the greatest composers of the late 20th century, notably Pierre Boulez and Helmut Lachenmann.

Quatuor Diotima appears regularly in the world’s finest halls and concert series and has developed a rich and highly-praised discography. For their concert in Cyprus, the Diotimas will perform string quartets by Béla Bartók, Henri Dutilleux and Helmut Lachenmann in a concert supported by Institut Français de Chypre.

The second concert of the festival, on October 12, will present Piano For Two from Greece – a duo that comprises pianists Beata Pincetić and Christos Sakellaridis, partners in life and in art. Internationally esteemed with a broad and exciting repertoire for piano four-hands or two pianos, the Duo is active since 2003.

The Duo’s rich repertory for piano four hands spans from the Baroque to contemporary music, while the two pianists collaborate often with contemporary composers in premiering new works, many of which have been exclusively written for them. In their recital for the upcoming festival in Nicosia, Pincetić and Sakellaridis will present a diverse, kaleidoscopic programme comprising works by Edvard Grieg, Johannes Brahms, Philip Glass, John Adams, Takashi Yoshimatsu and Tomohiro Moriyama.

The 12th International Pharos Contemporary Music Festival will conclude on October 16 with bold tones and pulsating sounds from Cypriot percussionist Marios Nicolaou in a solo performance for multiple percussion. Carving a long and interesting career as a soloist, chamber musician and orchestral player, Marios is the Principal Timpanist of the Cyprus Symphony Orchestra, while he has appeared with several renowned orchestras in Europe and has collaborated with a number of renowned composers, conductors, and ensembles. He will perform works by Helmut Lachenmann, Steve Reich, Bertold Hummel, Casey Cangelosi, Keiko Abe.