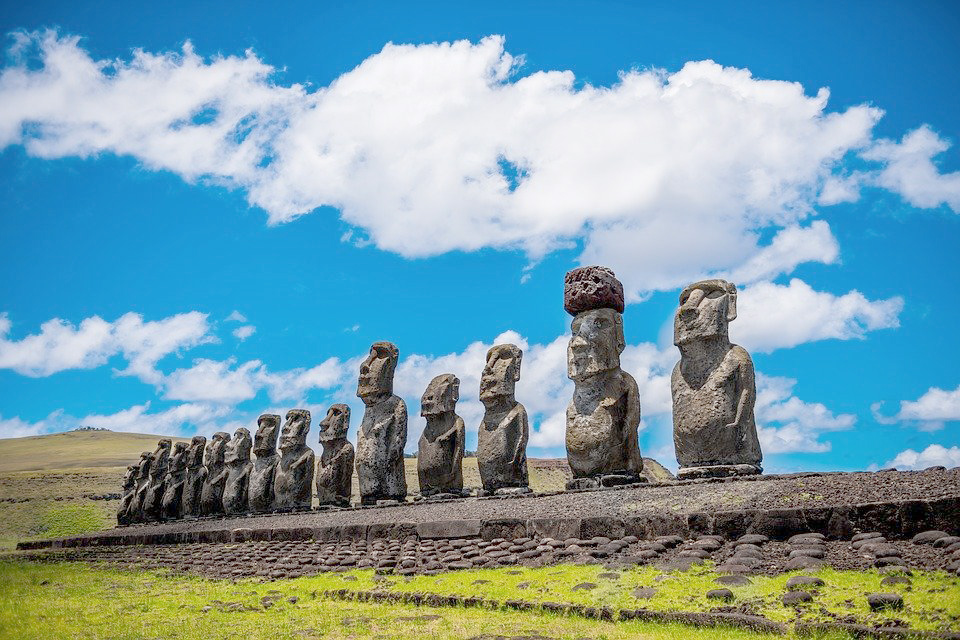 History has shown us that if we do not protect and value this biosphere, we will be doomed; the fall of certain societies such as Easter Island, the Mayans, Chaco Anasazi are direct examples, while the fall of the Roman Empire was significantly caused by a disproportionate use of environmental resources, combined with volcanic eruptions, and three consecutive pandemics

In many cases it would seem that mankind is in control of the environment; we have shown the ability to excavate mountains, seed clouds to make it rain, place chemicals on our crops to make them grow faster, defy gravity by sending rockets into space, create medicines that help our bodies, work at a nanoparticle or DNA level, and use science to understand the universe.

We may feel to be the most advanced species and that we are above and in control of the environment, after all, our impact on the environment is now recognised to be the driving force of environmental change; the Anthropocene Epoch.

The Earth however, having evolved over the last 4 or so billion years, has developed into a complex self-regulating synergistic system (aka the Gaia Theorem) that keeps the conditions favourable for the evolution of life. Mankind’s developments on the planet are tipping this balance resulting in unusual events with new records set in superstorms, hailstorms, floods, drought, pests, melting icecaps, sea level rise and so on; some veering on the biblical.

These events are ‘feedback’ from Gaia, changing the way we live and survive on the planet. This indicates that we are actually not in control of our environment but certainly able to influence it.

Essentially, we are just another living organism, albeit the most influential, existing alongside all the biological activity that exists in the biosphere (the thin crust around the planet bounded by the oceans, lithosphere (rock) and upper atmosphere). How we live within this biosphere will determine how we will live on the planet.

History has shown us that if we do not protect and value this biosphere, we will be doomed; the fall of certain societies such as Easter Island, the Mayans, Chaco Anasazi are direct examples, while the fall of the Roman Empire was significantly caused by a disproportionate use of environmental resources, combined with volcanic eruptions, and three consecutive pandemics.

Today we are experiencing a similar situation, yet it’s on a global scale. If the coming generations are going to live and thrive on the planet, we need to, at a very basic level, become ‘sustainable’.

In 1987, the United Nations Brundtland Commission defined sustainability as “meeting the needs of the present without compromising the ability of future generations to meet their own needs.”

However, this can be challenging when today, the almost 140 developing countries in the world who are seeking ways of meeting their development needs, are faced with the challenge of climate change, population displacement, water crisis, and so much more. Protecting future generations may not be a top priority.

According to the Intergovernmental Panel on Climate Change, we only have a decade or so to turn things around. This means a momentous movement involving everyone; we the people, the entrepreneurs, start-ups, businesses and industry leaders must step up and assist governments by acting on the ground, so that our impact is contributing to a beautiful future for our lifetime, and for the coming generations.

However, there are a multitude of different types of economic enterprises around the world; how do we ensure that we are taking care of both planet and people when we are bombarded with different opinions about climate change and sustainability? Where does one even start?

Just like understanding what is ‘right’ or ‘wrong’ is based on principles, so too we can develop a context around what is ‘sustainable’ and ‘unsustainable’.

An easy way to contextualise sustainability is to view it as the function of a system that, over time, does not degrade either the environment, or the society operating within that system. This is naturally logical; without a good environment (clean air, good food, fresh water) we cannot operate, and any economic activity is driven by people; therefore, the society at large needs also to be kept healthy.

To actualise this, the Blekinge Institute of Technology in Sweden has worked over the past 30 or so years, in collaboration with scientists, industry partners and government entities to refine a set of Sustainability Principles. This has been an interactive process that has been developed with companies like IKEA and Volvo, governments, municipalities and even Åland (an autonomous region of Finland); principles that apply across all domains.

The result is a set of eight Sustainability Principles (SPs); principles that are underpinned by scientific laws and knowledge, that we all can use in our own lives and businesses to help humanity live sustainably.

The first three relate to the environment and keeping the planetary processes in check. For the natural symbiotic relationships and geological cycles of the earth to function, we must not go beyond certain limits when it comes to:

The latter five principles pertain to society, whereby people must not face obstacles when it comes to:

With these principles, we have a framework that we can use to review our current situation, and also to develop future societies around. These may be a tall order, but the early adopters will (and have) set themselves up to operate for a long-term basis and, in many cases, much more efficiently and economically.

There already exist initiatives around the world that have taken off, that prioritise the environment and people, before profit; circular economy, cradle to cradle, regenerative farming, agroecology, permaculture, and many many more.  We will explore these in the next article!

Roberto Sciffo is the CTO of ISA Energy, an innovative project development company with a focus on sustainability and inter-sectoral decarbonisation. Roberto has a varied background from engineering and biological medicine, environmental systems, integrated economies and systems thinking

As final decisions are made on Akamas, no one is happy