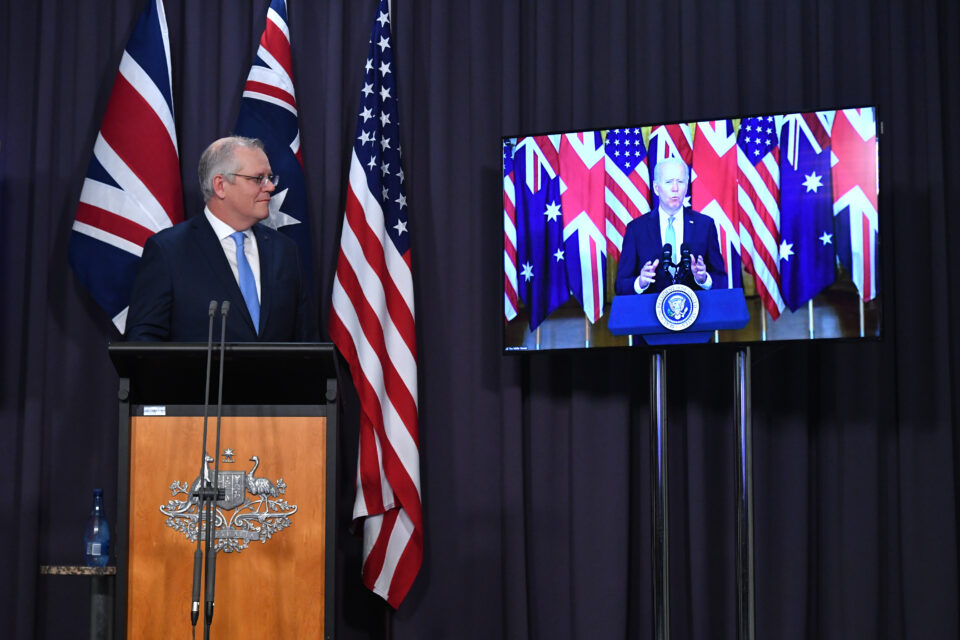 By Andreas Charalambous  and Omiros Pissarides

The recent agreement between the USA, UK and Australia, known as Aukus, allows the latter to acquire nuclear-powered submarines while simultaneously cancelling contracts with France.

From a geopolitical point of view, Aukus seems to confirm three trends: the shift of international interest from the Atlantic to the Pacific Ocean, the mounting concerns in the US as a result of China’s growing influence, as well as the inability of European countries to effectively react to the plans of the superpowers.

When exploring the dynamics of the US-China relationship, some analysts have been predicting for years the gradual decline of the US. Indeed, during the post-World War II era, there were periods when the US supremacy was challenged. Nevertheless, the US remains the world’s largest economy, characterised by high productivity and a strong national currency.

China is growing rapidly within the boundaries of a tightly controlled economy. Since the onset of his rule, the current President Xi Jinping followed a path, indicative of his intentions: concentration of power around him, greater role to, and increased oversight of the economy and society by, the Communist Party, and foreign policy aiming at the expansion of Chinese geopolitical influence. This policy approach has yielded impressive results. Currently, China produces more than 15 per cent of the global GDP, maintains the highest foreign exchange reserves, while hundreds of millions of Chinese have transitioned to the middle class. Despite challenges relating to individual freedom, human rights and its environmental footprint, China has made strides since the end of the Cold War, when its economy accounted for only 2 per cent of the world’s GDP.

In the immediate and distant future, competition between the two superpowers is expected to intensify. Within this context, the following remarks can be made:

Firstly, as China’s influence grows, the United States and other countries will react in an increasingly more assertive manner. Protective policies and trade restrictions will adversely affect world trade and limit growth, especially in high-tech sectors.

Secondly, globalisation creates a significant degree of interdependence, which creates the background for the existence of some form of limited cooperation in conditions of rivalry. It is worth noting that US-China trade presently amounts to approximately $2 billion a day. As a case in point, during the Cold War, the US-USSR trade did not exceed $2 billion a year.

Thirdly, as China’s economic and geopolitical mark expands, it is not the United States but Europe that seems to be losing ground. In particular, from 1990 onwards, the share of world GDP of the countries that make up the EU has decreased from 30 to 20 per cent. At the same time, the EU does not seem to be able to play an effective role on the major geopolitical issues.

In conclusion, the US-China rivalry is not expected to be led to extremes. As far as Europe is concerned, it must adopt a consensus-based, stable policy in favour of free trade. The ultimate goal should be to reach some degree of strategic autonomy, which implies closer economic relations, beyond the US, with China, Russia and other countries.

Andreas Charalambous is an economist and a former director in the finance ministry. Omiros Pissarides is the managing director of PricewaterhouseCoopers Investment Services.

In defence of the legal profession