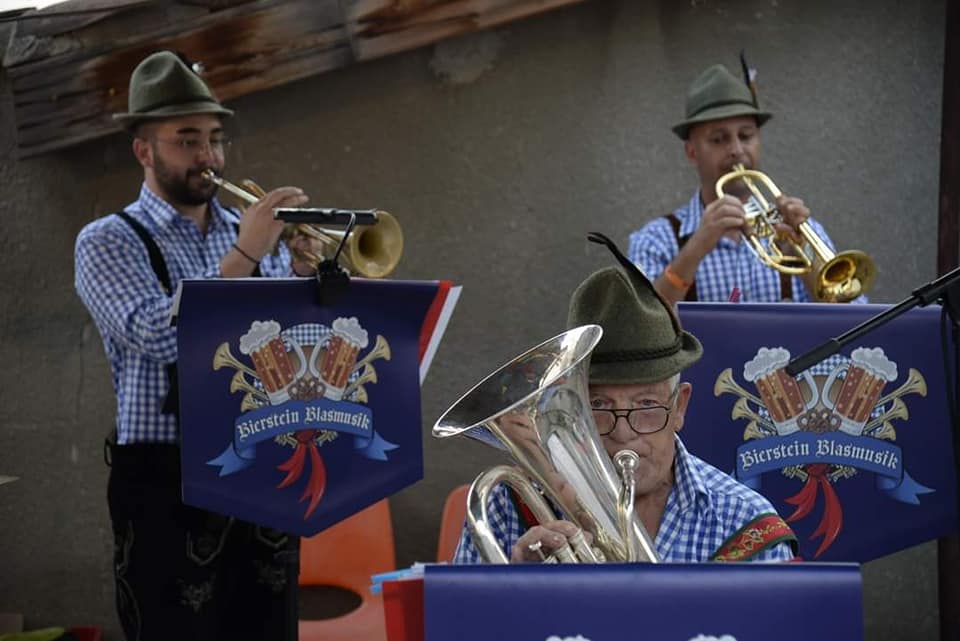 October is here already and it is bringing with it a whole series of live music performances, concerts and recitals. This week, Paphos will host an array of shows and musical evenings.

Several tribute shows are opening Paphos’ music agenda for this week, celebrating well-known artists. On Friday, and every Monday and Friday, Chris King is putting on an Elvis Tribute Show at Sapphire Resto Bar. Starting at 8.30pm, Chris King presents a high octane fully interactive show taking audiences on a journey through the Elvis Years, from the movie years, the 70s and of course the white jumpsuit Vegas years, with Elvis joining Chris on TV screens too.

On Thursday, Darcy’s Restaurant & Lounge celebrates Elton John as Ray Johnson presents his tribute show. A typically London cabbie by day, Johnson at night transforms into his alter-ego of a superbly entertaining Elton John tribute that he has been performing at venues around Cyprus since 2019. Thursday’s performance begins at 6.30pm.

On Friday at 8pm, the Workin’ Trio will return to Technopolis 20’s garden for another jazzy night. Their music is inspired by uplifting swing jazz grooves at times blended with Gospel, New Orleans, and Boogaloo rhythms. The combination of the Hammond organ, tenor saxophone and drums create a unique sound as the focus of the Trio is to unbury the less-known repertoire from the 1940s, 50s and 60s as well as compose original tunes within those lines.

Turning up the mood is a mini Oktoberfest that will take place at Darcy’s Restaurant & Lounge on Saturday featuring German classic bites and folk music. German sausages, bratwurst, currywurst, beer, games and the Bierstein Blasmusik Oompah band will make up the festival that opens its doors at 6.30pm.

Bierstein Blasmusik, now in its third year, is a nine-piece authentic German-style Oompah Band – the only band of its kind in Cyprus. The line-up consists of two clarinets, two trumpets, trombone, euphonium, tuba, accordion and drums. Their repertoire is based on traditional Bavarian-style Oktoberfest music but encompasses a wider variety of styles including singalong medleys, instrumental features, and pop covers (all in an Oompah style).

Over at the Annabelle Hotel, a completely different atmosphere is planned for Saturday evening as Paphos Music Lovers presents an event honouring the King of Tango Astor Piazzolla. The Piazzola Centenary Gala Concert will begin at 7pm. 2021 is the 100th anniversary of his birth and so the gala concert pays tribute to his masterpieces with musicians Vasilios Avraam, Fotis Mousoulides and Prometheas String Quartet, including the famous Libertango, in the elegant Annabelle Hotel ballroom, followed by a cocktail and canapés reception.

Wrapping up the week is another Paphos Session concert with musicians Giorgos Krasidis, Irenaeos Koulouras and Marios Spyrou playing jazz sounds on Sunday. The music will begin at 2pm at Saint Giorgio venue with the three musicians who are considered to be among the most important and influential soloists and educators of jazz music on the island. Here’s to a music-filled week ahead.