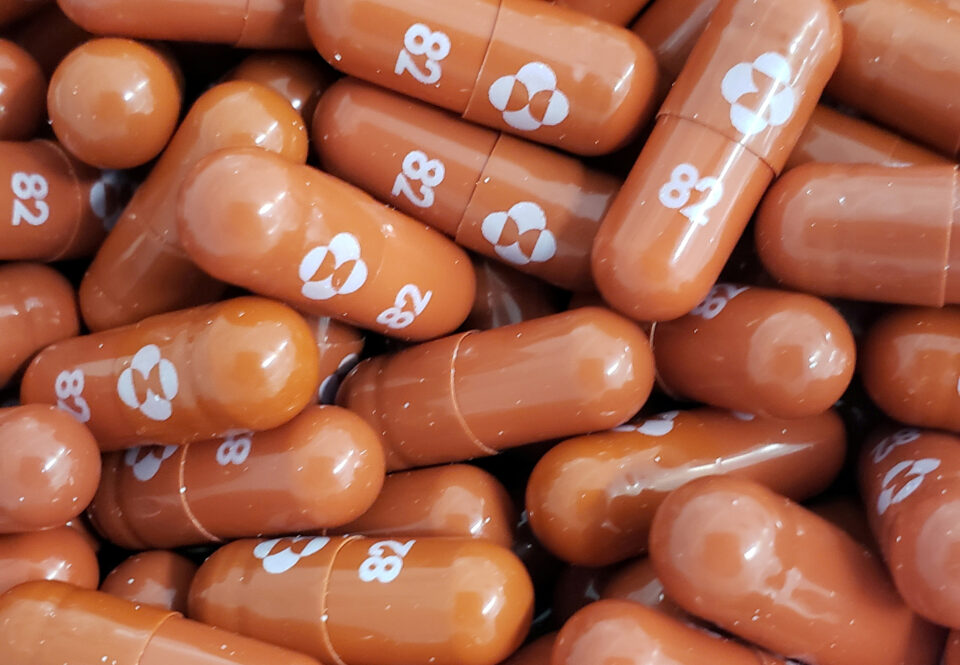 Two Indian drugmakers have requested permission to end late-stage trials of their generic versions of Merck & Co’s oral antiviral drug molnupiravir for moderate COVID-19, raising questions about how effective the experimental medicine is for that group of patients.

The Indian drug regulator’s internal expert committee disclosed on its website that Aurobindo Pharma Ltd and MSN Laboratories had presented interim clinical trial data for this group of patients and asked to end the trials.

The two companies plan to continue their late-stage trials for patients with mild COVID-19, the drug regulator said.

A source with the Drug Controller General of India said the pill has not shown “significant efficacy” https://www.reuters.com/business/healthcare-pharmaceuticals/merck-drug-less-effective-against-moderate-covid-india-regulatory-source-2021-10-08 against moderate COVID-19, though it was having success against mild cases.

Merck and partner Ridgeback Biotherapeutics last week said molnupiravir had nearly halved the risk of hospitalization https://www.reuters.com/business/healthcare-pharmaceuticals/mercks-covid-19-pill-cuts-risk-death-hospitalization-by-50-study-2021-10-01 or death in patients at risk of severe disease who had mild-to-moderate COVID-19, results hailed by experts as potentially a major advance in fight against the illness.

It has not yet provided detailed data of its trial that had planned to enroll 1,500 patients.

It was not immediately clear whether differences between the trials run by the Indian drugmakers and Merck – such as how they define moderate COVID-19 – may have contributed to the trial outcomes. According to Aurobindo’s trial protocol, moderate patients included those with fever, coughing, breathing difficulties and oxygen deficiency.

An Aurobindo spokesperson did not comment on the effectiveness of the drug in its trial. The spokesperson said the company had “faced challenges in patient recruitment at this juncture” for its trial in moderate COVID-19 patients, adding “we are evaluating the further course of action.”

Aurobindo started the planned 100-patient trial of its generic version of the Merck pill against moderate COVID-19 in August, and is also running a trial that hopes to include 1,200 patients testing the pill against mild disease.

MSN and Merck did not immediately reply to requests for comment. Merck shares were down less than 1% at $81.25.

Merck in April said its drug works best early in the course of the disease. It stopped a trial of hospitalized patients https://www.nasdaq.com/articles/merck-plans-large-outpatient-trial-of-covid-19-pill-stops-study-in-hospitalized-patients and changed the criteria for its late-stage study to those who had symptoms for no more than five days, down from seven.

Merck has entered into voluntary licensing agreements with at least eight Indian drugmakers for molnupiravir, with an aim to turn the South Asian nation into a manufacturing hub for the drug to supply low- and middle-income nations.

Five of the eight Indian companies – Dr Reddy’s Laboratories , Cipla, Sun Pharma, Torrent Pharmaceuticals and Emcure Pharmaceuticals – are conducting a joint trial for the antiviral drug only in mild COVID-19 patients in an outpatient setting.

The other licensed company, Hetero, in early July announced interim data from its own late-stage trial of generic molnupiravir in mild COVID-19 patients and submitted an application to regulators for its emergency use.

Hetero is separately conducting a study on moderate COVID-19 patients and has said those results will be presented at a future date.