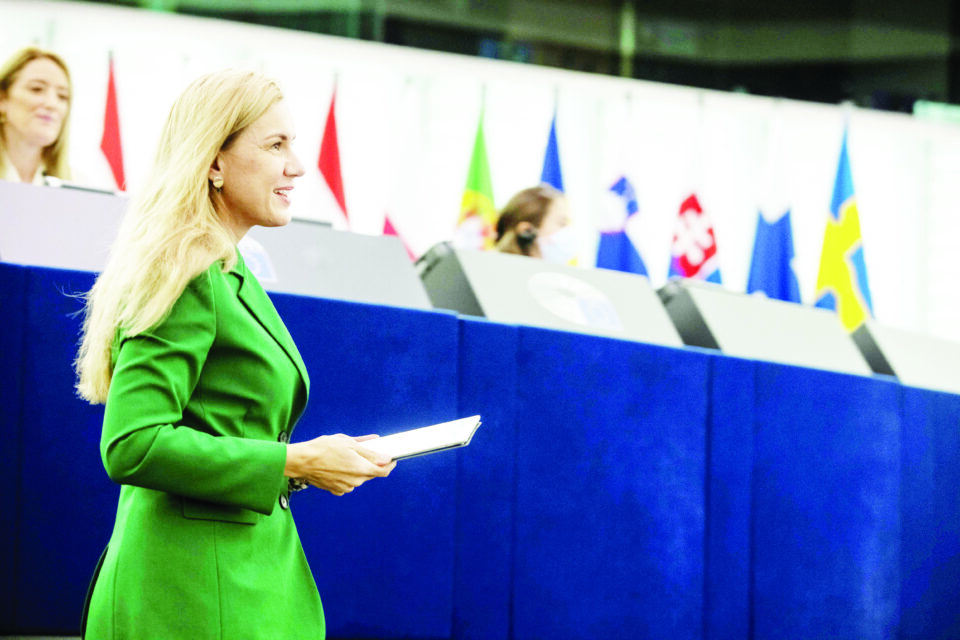 The energy crisis rumbles-on with no easy answers emerging to bring it under control. Europe’s leaders met this week in Slovenia and in their inimitable manner decided to leave serious discussion of the problem until their next Summit on 21 October. As if the crisis will wait until and if they come up with a coordinated response and answers.

Energy commissioner, Kadri Simson, admitted that the European Commission (EC) is powerless to prevent these record energy price increases. She suggested that it is up to governments to offer ‘targeted’ national support, including cutting energy taxes – something that should be heeded by Cyprus, as I suggested before and later in this article.

Simson also confirmed that the EU does not intend to make any serious regulatory changes to its internal energy market. She told the FT that “the reasons behind high global energy prices are not created here in Europe,” ignoring the fact that Europe is at fault for not addressing low gas storage levels early-on. It was known as early as February that going into winter gas storage levels were lower that the historical 5-year average. By June the gap increased to 20 per cent. This, combined with the inability of suppliers to increase gas supplies beyond their contractual obligations and soaring demand caused by the rapid economic recovery from the pandemic, led to the high gas prices.

In addition, climate change and a succession of extreme weather events have exacerbated the problem by ramping-up gas consumption during last winter and this summer. Also, the transition from fossil fuels to renewable energy sources has left gaps. With intermittency still a problem, Europe has not made sure that sufficient back-up energy remains available until renewables are able to pick-up the load. In addition, EU’s emissions trading system (ETS) now has a serious impact on energy prices, penalising consumers indiscriminately.

But Russia’s President, Vladimir Putin, may be coming to the rescue. He announced last Wednesday that Russia will be increasing its gas supply to Europe. He also said that Europe made a mistake by moving away from long-term gas contracts to the spot market, where prices have sky-rocketed. Russian deputy prime minister Alexander Novak added that expediting Nord Stream 2 approvals could quickly stabilise European energy markets. There was an immediate market response to this, with prices at the TTF gas trading-hub in the Netherlands dropping from an all-time high of $51/mmBTU on Wednesday to under $32/mmBTU on Friday – but still five times higher in comparison to about $6.50/mmBTU at the start of the year.

The energy crisis will ramble on

With the EU unable to respond and Putin’s offer expected to take time to deliver, this crisis is likely to take its course before it eases-off, with Europe praying for a mild winter.

We had gas price spikes before in 2014 and 2019, with each lasting roughly 4-6 months. In both cases prices eventually reverted to normal levels and were in fact followed by periods of price collapse in Q1-2016 and mid-2020. The current crisis is more acute, but expectations are that it will ease-off by early next year.

So, even though gas and electricity prices are unlikely to moderate before the end of the year, this is a spike – not a permanent development.

In the meanwhile, energy transition is unstoppable, particularly in Europe. Even though the current energy crisis is causing many questions to be asked, such as the speed of energy transition being faster than reliable and continuous clean energy coming on-stream, security and affordability of energy supplies, and so on, it will not derail the transition to net-zero by 2050. COP26 will provide the opportunity to redefine how we get there.

Despite the current energy crisis, calls for faster energy transition as we approach COP26, including calls for more drastic action, are intensifying. This translates into increasing pressure on the oil and gas companies (IOCs) to hasten greening-up its activities.

The EC reaffirmed last week its commitment to clean energy and renewables. Its president Ursula von der Leyen said, “for us, it’s very clear that with energy in the long-term it is important to invest in renewables that give us stable prices and more independence because 90 per cent of the gas is imported into the EU.”

Even though in reality energy transition may end-up being slower, nevertheless such calls are putting enormous and increasing pressure on the IOCs. And, at various speeds, they are responding.

Once this crisis is over, the well-known challenges that development of East Med gas has been facing will re-surface. It is just too expensive to develop and does not have the volumes needed to make a difference. Increasing pressure on the IOCs to become greener and massive reductions in their capital spending do not help. That’s why it has not happened to date.

High gas prices are also having a knock-on effect on the price of Brent crude and the price of ETS emission allowances (EUA). Both of these impact energy costs in the EU and Cyprus.

Since the EAC announced its electricity price increase in August, the price of Brent crude has surged by about 12 per cent and that of EUAs by about 15 per cent. Almost certainly these will be passed-on to Cypriot consumers, negating the 10 per cent reduction in electricity prices forced on EAC in September.

This is not going to be a temporary phenomenon. Cyprus must adopt long-term measures to deal with high energy costs and their impact on vulnerable consumers.

I have been suggesting for some time now that the revenues collected by the government from the auction of EUAs – from EAC and other industries subject to ETS – should be ploughed-back into alleviating the burden of high electricity costs on low-income households. This is what EU’s ETS Handbook suggests. The remainder could be invested in measures to reduce greenhouse gas emissions – the cause of EUA charges – and mitigate climate change.

In addition, the government should wave charging VAT on the component of the electricity price due to EUA charges, since this could be considered to be a case of double taxation. Doing this, will lead to a 3 per cent reduction in the price of electricity. Cyprus needs long-term solutions, not short-term fixes.