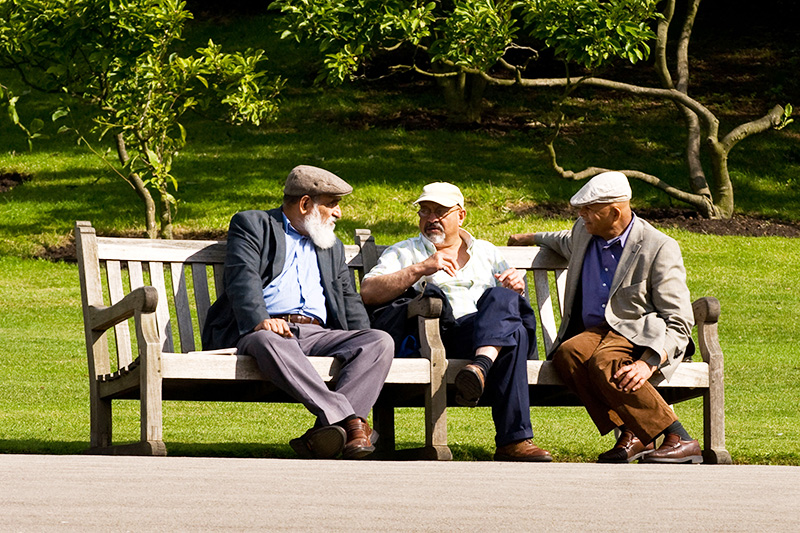 How much time do you spend gossiping every day?

It varies from person to person, but a 2019 study published in the journal of Social Psychological and Personality Science found we gossip – on average – for 52 minutes per day.

Gossip has a negative reputation for being unkind or frivolous, but it doesn’t necessarily have to be that way. There are plenty of benefits to gossip – but also much to be careful of…

Chartered psychologist and author of The Leader’s Guide To Resilience Dr Audrey Tang describes gossip as “talking about somebody else who is not present at the time” – something “you’re not prepared to say to the person who’s not present”. While gossip has a nasty reputation, it’s not all bad – the 2019 study actually found the majority of gossip is neutral.

It also tends to be more associated with women, but the study found this isn’t necessarily the case – women tend to engage in more neutral gossip than men. Tang says “there’s very likely to be an element of sexism” to these stereotypes, while also putting this reputation down to women being broadly more open to communication than men. “It’s our way of expressing ourselves,” she says, whereas “that’s not a style that is necessarily natural to how men communicate”.

Ultimately, people who love to gossip tend to be more extroverted.

Why do we love it so much?

Humans are naturally social beings, and gossip is a way of bringing people together and sharing stories. Tang says: “If you think back to things like fairy tales and even stained glass windows, they all told us a story, they all told us a piece of information that was useful to be passed on to other people. And so gossip can actually be a form of teaching other people – even if it is negative, it never hurts to be warned about somebody who is a little bit dodgy.” Knowledge is power, and that’s often what gossip can arm you with.

On a less positive note, gossiping can help you avoid your own troubles. Tang mentions we might feel a sense of schadenfreude when talking about other people: “A good way of avoiding dealing with your own problems is pointing your finger at someone else’s, that makes us feel better.” From an evolutionary perspective, “If there’s someone weaker than us, then it’s better for us,” she says. “If we can actually make it clear so-and-so is weaker – we get the resources, we get the praise, we feel safer.”

Is it all bad?

“Gossip is a form of bonding,” explains Tang. “It’s a form of recognising our identity, because we feel in the ‘in group’.”

It can bring people together – and if it’s only neutral chitchat, nobody gets hurt in the process. “I think we enjoy it because it is a form of bonding, it’s a form of us connecting with other people,” Tang muses.

It can also give a boost to the person with the information. “It’s a great way of holding court,” says Tang – plus it’s a type of “social commentary” helping us understand more about the world around us.

But you do have to be careful…

While there are benefits to gossip – and it definitely doesn’t have to be all about passing on nasty bits of information – Tang says: “We need to be very careful gossip doesn’t trip into bullying.” The best way to do this is to not name names – if you keep things abstract, you can still bond with someone and share information without being mean.

When hearing gossip, Tang wants us to ask the questions: “What am I actually gaining through this? How far can I trust the person? If you are engaging in it, know what you’re trying to achieve.”

Letting someone in on a secret can be a show of trust, but it can also be a double-edged sword. “Whilst it is a form of bonding, it’s not the safest bonding experience out there,” admits Tang. “Because if it is nasty, it is fickle, it is about somebody – chances are if I’m gossiping with you, then I’ll probably be gossiping about you to somebody else.”

Penalty awards in the Premier League back to a typical level