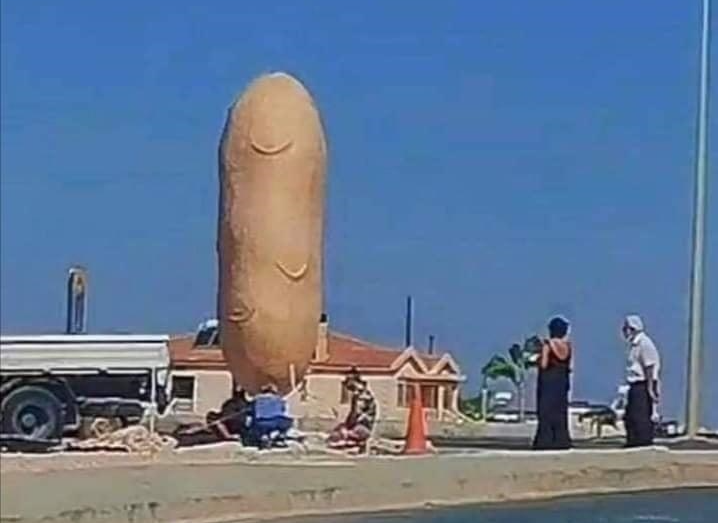 A monument to the humble potato erected in Xylofagou went viral on Wednesday after photographs from puzzled passers-by circulated Cypriot social media.

Thought by many to be a gag or performance piece, the installation is in fact meant to celebrate Xylofagou’s trademark product and has therefore been placed at the entrance of the village.

Community leader George Tasou has told the media that the Big Potato, as it has been named, is not finished yet, adding it is a replica of the ‘spunta’ variety.

He said that the final work will be four metres tall and will include more details such as the red soil that defines the area, as well as a platform where visitors will be able to pose for pictures with the Big Potato. Future plans also include a stall selling potatoes.

“We want to post signs up along the highway leading drivers to the Big Potato, so that they’ll come visit our village,” he said.

As for those making fun of the piece, he said that the community welcomes any publicity, positive or negative, and invited them to come to Xylofagou and take photos.