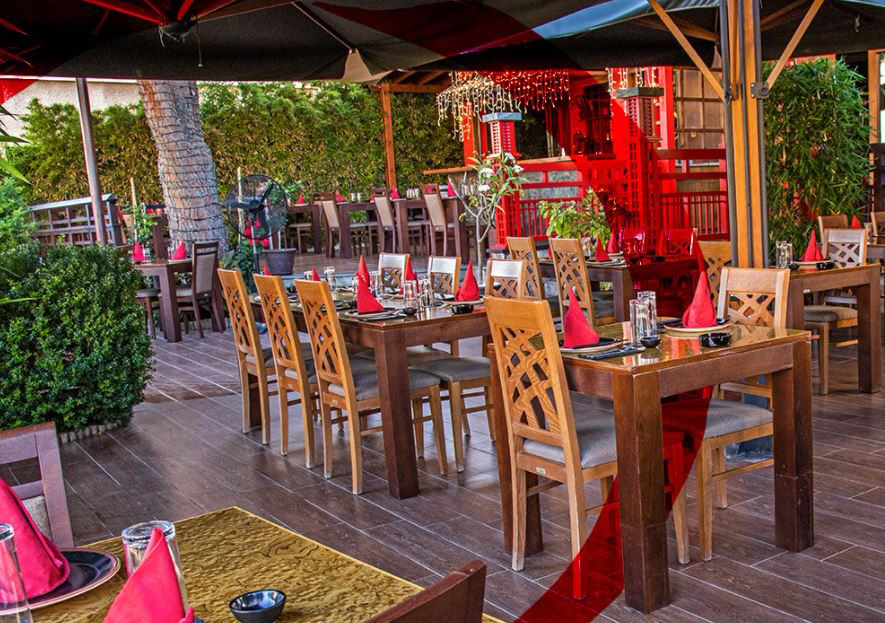 First and foremost, all praise be to late September and early October for providing some of the finest nights of the year. When we visited Tokio, a bar and restaurant in Limassol, on a perfectly mild Friday night, conditions could hardly be better for an outdoor dining experience.

Before delving into the dinner itself, I need to quickly explain the establishment’s self-chosen description. Oftentimes labelling your business as a bar and restaurant seems more like a nom de rigueur rather than an accurate summation of what the restaurant or bar offers. In the case of Tokio, however, not so much. There is a dedicated bar area on the second floor which is sizeable enough to have been a separate business entirely.

The business segregates the two somewhat by dubbing the bar area as the Tokio Bar Venue, where they host various music nights, with DJs and other live music acts, but that’s for another time.

For our drinks, we tried two wines, the Les Pierres Dorées pinot noir and a Japanese plum wine. The pinot noir was on the lighter side, not particularly bold in flavour, somewhat dry and with a slightly acidic aftertaste. Not bad overall but a tad pricy. The plum wine is not something you encounter every day so it might be worth trying if you’re on the lookout for something different. It starts off quite sweet, almost feeling like a juice on your palette, but then turns a little bit sour. I would have this again if I was up for a sweet wine. 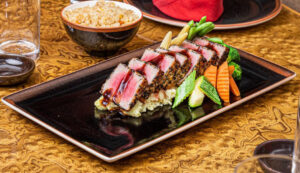 Onto the food. We started with two hosomaki plates, the tekka maki (tuna) and shake maki (salmon). Both were perfectly fine, with the distinct tanginess that sushi is known for. Although not an area of expertise for this Cypriot, I have had better sushi elsewhere so temper your expectations accordingly if you are a sushi veteran looking for something truly special. We also tried a sushi plate from their uramaki range, the spicy salmon roll, with spicy sauce and wasabi tobiko (a sort of wasabi caviar). These were on the richer side and flavourful, but pay attention to the name if you are not particularly tolerant of spicy dishes.

Things started to become somewhat sketchier when it came to the main course and it is not because of the food itself. We ordered the Tokio duck with blueberry sauce at the same time as our first sushi plates. It took approximately an hour and thirty minutes to arrive. I had to ask the waitress if it genuinely took this long to prepare or if it had been forgotten. I’m still not sure what happened but friends have told me that this is not uncommon at the restaurant.

This is a shame because the duck itself was beautifully cooked, with a well-balanced blueberry sauce, served with some vegetables and nicely cooked baby potatoes. I would provide an opinion on their desserts but by the time we had finished eating we were almost alone at the restaurant and we didn’t have the time or energy to check what was on offer.