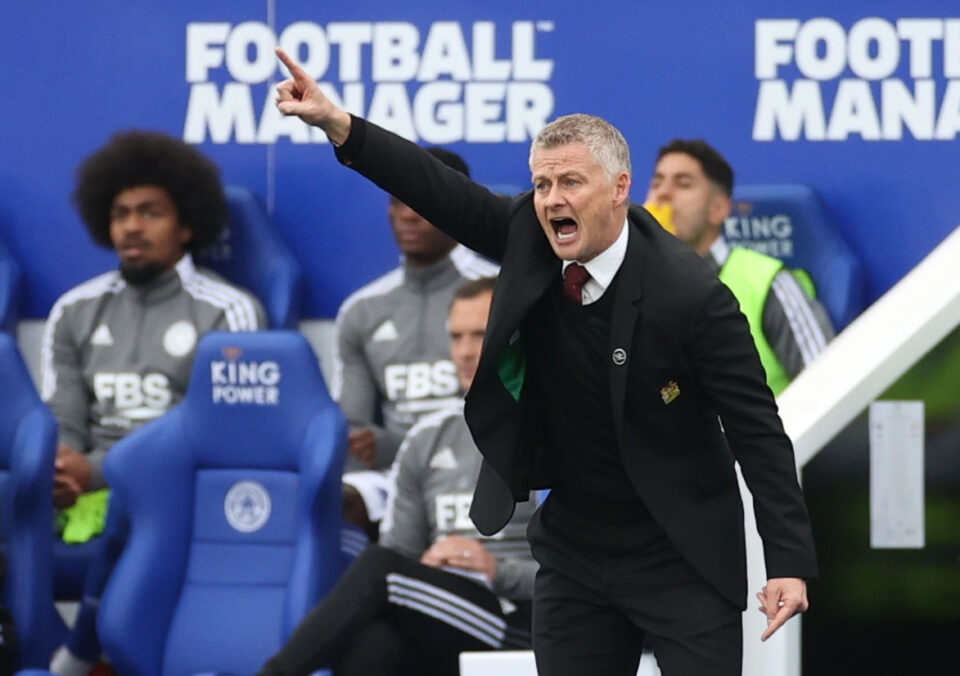 Leicester City ended their four-match winless run in the Premier League as goals from Youri Tielemans, Caglar Soyuncu, Jamie Vardy and Patson Daka helped them to a comeback 4-2 home win over Manchester United on Saturday.

With the score 2-2 late in the game, Vardy netted a superb goal with the outside of his foot to cap a frantic five-minute spell before substitute Patson Daka put the icing on the cake for Leicester in stoppage time.

Mason Greenwood had fired United into a 19th-minute lead when he unleashed a thunderbolt from 20 metres that flew into the far corner as it shaved the inside of the post.

But the visitors were punished for sloppy passing in the danger zone in the 31st as Kelechi Iheanacho robbed Harry Maguire of the ball and squared it for Tielemans to hit the top corner with a looping shot over goalkeeper David De Gea.

A tame second half came to life when Soyuncu turned the tide with a close-range effort in the 78th minute before Marcus Rashford, returning after shoulder surgery in August, levelled for United in the 82nd.

Less than 60 seconds later, however, substitute Ayoze Perez chipped the ball into Vardy’s path and the striker gave De Gea no chance, before Daka took advantage of more poor defending by United to tap the ball in at the far post.

Norwich remain winless in the league

Norwich City are still searching for their first Premier League win this season after playing out a goalless draw with Brighton & Hove Albion at Carrow Road on Saturday.

Brighton dominated possession and had a penalty appeal denied in the first half when Neal Maupay claimed contact from goalkeeper Tim Krul, but Norwich squandered a golden opportunity towards the end of the half to take the lead.

Josh Sargent looked set to fire into an open net from outside the box when visiting goalkeeper Robert Sanchez raced out and missed a clearance, but the American forward’s tame shot was cleared with ease by Shane Duffy.

Norwich remain rooted to the bottom of the league standings on two points, while Brighton move provisionally up to fifth with 15 points.

Southampton claimed their first Premier League victory of the season as Armando Broja’s second-half goal gave them a 1-0 win at home to Leeds United on Saturday.

The three points mean Ralph Hasenhuettl’s side rise to 15th in the table, while Leeds are one point and two places behind.

The hosts came close to opening the scoring early on when Broja flicked on a Nathan Redmond corner towards the back post but Mohamed Elyounoussi failed to meet it.

Redmond and Broja combined to break the deadlock in the second half when the former squared it to the on-loan Chelsea forward who netted his first Premier League goal, side-footing the ball into the roof of the net.

Dan James should have levelled for the visitors when he poked wide after a lapse from the hosts’ defence, but that was as close as Leeds would come.

Despite a late surge in intensity, Marcelo Bielsa’s men failed to create any real chances.