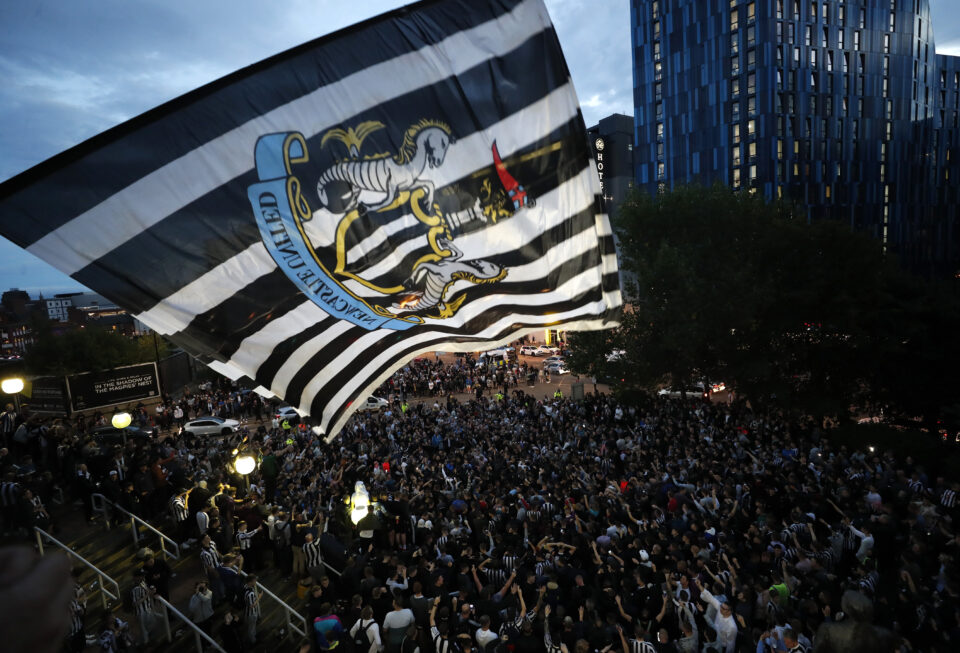 Fans react outside the stadium after Newcastle United announced takeover

Steve Bruce has insisted he will always have cause to thank Mike Ashley for handing him the reins at Newcastle.

The Magpies’ head coach will celebrate 1,000 games in management on Sunday when he leads the club he supported as a boy into Premier League battle with Tottenham after surviving one of the most brutal weeks of his career to date.

Few expected Bruce still to be in post when Amanda Staveley’s Saudi-backed consortium completed its takeover last Thursday, but he remains at the helm as the new owners continue to assess their options and has vowed to fight for the job handed to him by Ashley in July 2019.

Asked how he would assess the sportswear magnate’s controversial reign on Tyneside, the former Manchester United defender said: “It’s been difficult, there’s no doubt about that.

“I understood very, very quickly, that it was going to be difficult because we want Newcastle to be at the top end of the division, not at the bottom end.

“Unfortunately. We’ve been in the bottom half of the division more in the last 10 years, so to improve on that is the key to it and I’ll let other people judge that.

“For me, he gave me the opportunity to manage this club, so I’ll always thank him for that.”

Whether Staveley’s confirmation that Bruce would remain in charge this weekend proves to be simply a stay of execution remains to be seen – the club have won none of their first seven league games and are 19th in the table.

The 60-year-old has signalled his intention to remain on board as a new era gets under way on Gallowgate, although he knows from experience the club’s fortunes will not be transformed overnight – no matter who is in charge.

Bruce said: “I think we’re all going to have to be patient. It’s not going to just happen and transform overnight. These things take time.

“But I think what we’re all excited about is now the opportunity to go and mix with the best in the Premier League, which we haven’t been doing for a number of years now.

“To go and propel yourself amongst the elite of the Premier League is the thing that we’ll all look forward to – and even me as a supporter – look forward to everything that’s going to happen over the next few years.”

Bruce will have injured trio Jamaal Lascelles, Jonjo Shelvey and Callum Wilson back for Spurs’ trip to the north-east, and is hoping to rekindle happy memories.

He said: “I had my first win against them as Newcastle manager a couple of years ago, so let’s hope we can have a repeat of that.

“They’ve got good players there, really, really good players, so it’s going to be difficult, but I’m quietly confident that we can get a result.”