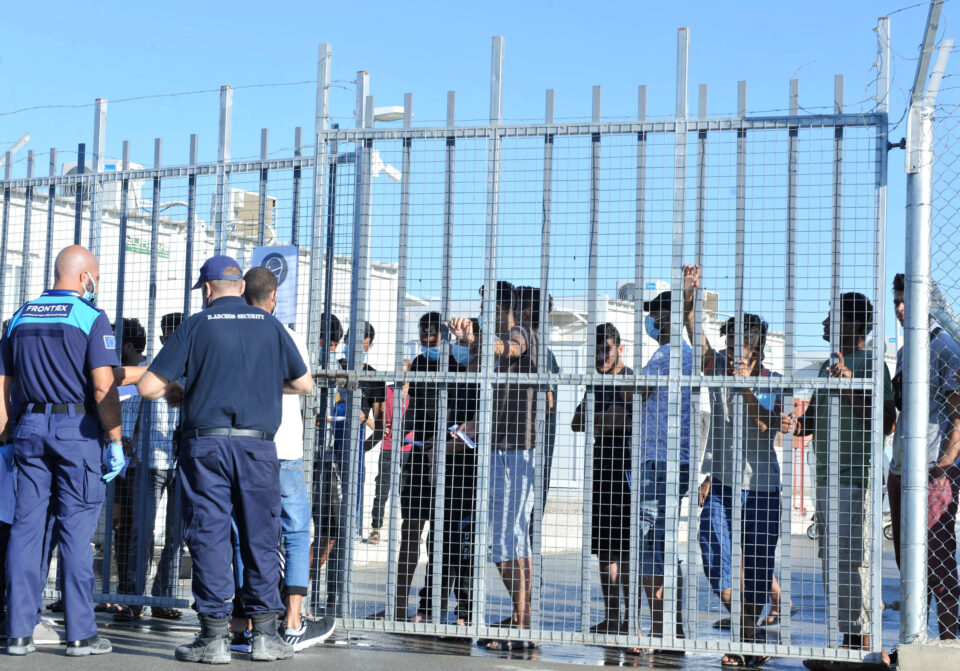 Migrants at the Pournara reception centre

Two issues: the status of the buffer zone and the failure to return rejected asylum seekers to countries designated as safe

The interior minister this week called for “drastic measures” to be taken along the buffer zone to stem the flow of undocumented migrants as once they are in the Republic it appears to be almost impossible to repatriate them even after their asylum applications are rejected.

Nicos Nouris told the conference of the European Asylum Support Office (Easo) in Malta on Thursday that in the last ten days alone, 800 irregular migrants had crossed from the north as he called once again for a single European agreement on asylum.

Meanwhile, since January 1 this year only 300 of the 7,000 asylum seekers to have had their applications rejected, and who have exhausted their appeal procedures, have returned to their country of origin.

The ministry told the Sunday Mail this week that a lack of cooperation from the third countries, and the people who the Republic is seeking to return, are among the two greatest challenges that Cyprus is facing on this issue.

There is a “lack of cooperation on behalf of the returnees, who refuse to present their travel documents or will not cooperate for the issuance of new ones”, the ministry told the newspaper.

Equally challenging is that the government’s stated desire to reduce the number of those it says are illegally entering the country and claiming asylum is dampened by the harsh reality thrown up by the complexities of the buffer zone, along with international law.

The buffer zone is not considered to be an external border which can be policed in the same way as other areas.

But even then, those seeking asylum are guaranteed via international law that they can make such a request – even if they were caught or picked up by the police.

This has led to the buffer zone emerging as a key route for people seeking to enter the Republic from the north, despite it being illegal and strictly off-limits to the public.

Reports detail that those seeking entry to the Republic often book flights from African, Asian and Middle Eastern countries to Turkey, where they then travel to the north. From there, they cross the buffer zone and into the government-controlled areas.

The interior ministry has sought to clamp down on this route, and therefore stem most of the undesired migrant entries into Cyprus – the government has previously stated that 75 per cent of asylum seekers enter via the buffer zone – by introducing a slew of measures.

It also spurred Nouris this week to argue that Cyprus is “forced” to adopt drastic measures to curb illegal immigration via the buffer zone from where he said some 800 irregular migrants crossed in the last ten days.

Previous measures include the controversial placement of barbed wire across sections of the buffer zone and introducing sweeping new policies, in a bid to stem the flow.

Most notable among them is the ‘safe countries’ list, nations from which applications will be deemed manifestly unfounded and denied on a fast-track basis.

“The national list of safe countries of origin has been extended recently to 27 new countries and is being regularly assessed,” the ministry told the Cyprus Mail.

The list originally consisted of 21 countries, such as India, Bangladesh, Pakistan, Nigeria, Egypt and Georgia, but it did not clarify which new additions have been made.

The problem for the ministry is that failed asylum seekers from these safe countries are not being returned.

In his Easo speech, Nouris explained that the Republic is seeking assistance in terms of migrant returns, as “at least 15,000 third-country nationals” currently in Cyprus can be returned to their country of origin after their asylum applications were deemed to be “unfounded”.

The Cyprus Mail asked the ministry whether some countries are better than others in accepting repatriations of failed asylum seekers.

“The degree of cooperation of third countries in the field of readmission varies significantly, both in relation to each other but also in relation to certain periods,” the ministry said. It declined to name specific countries.

It did, however, add that the European Commission was closely monitoring the degree of cooperation of third countries in the field of readmission, and if deemed appropriate, would decide on the implementation of restrictions over issuing visas.

But that begs the question as to what happens to the thousands of failed asylum seekers who have not yet been repatriated.

One is by the International Organisation for Migration (IOM) and the other by the Civil Registry and Migration Department.

But the IOM states that for the programmes to be successful requires the cooperation of the migrants, civil society, governments in both the host and transit countries as well as the country of origin. This clearly is not happening.

For those who “objectively cannot be returned”, a temporary residence permit may be granted – in accordance with the EU acquis and national law, according to the ministry.

The complexities of the migration issue have proved that there are no simple solutions, but amid an increasingly hardened stance towards the subject – particularly since the fallout from the 2015 crisis, the government can only keep pressing EU and international organisations to heed its call for more effective methods of managing and containing the flows.