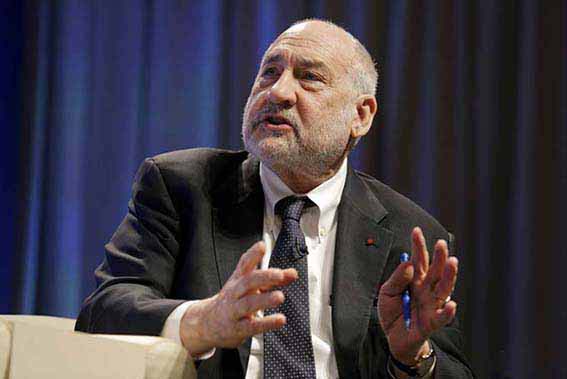 Although the phrase “lies, damned lies, and statistics” is often attributed to Mark Twain, no one can say with certainty where it originated. What we can say with certainty is that societies around the world have become accustomed to being lied to by their governments. Although each newly revealed lie has the power to shock, dismay or generate anger, a significant section of the electorate around the world has resigned itself to the belief that politicians lie because that is what they do.

It’s not surprising therefore that, as an alternative, many place their trust in technocratic institutions which they believe are more likely to provide untainted data, thus enabling informed judgements and decisions. However, we are not so naïve as to think that technocratic institutions operate in an ideological vacuum. We know, for example, that the IMF generally reflects the neoliberal Washington consensus, though in recent years the fund has shown signs, albeit very limited, of trying to incorporate thinking outside the orthodox box. We shall see how far this develops, though we should not hold our breath.

Even within the aforementioned ideological constraints, we expect institutions such as the IMF, the OECD, central banks, etc to compile and place data in the public domain free of the manipulation we have come to associate with politicians. It thus came as a huge disappointment when a couple of years ago allegations began to surface about data irregularities in one of the World Bank’s flagship reports, Doing Business.

The Doing Business report (DBR) was launched by the World Bank in 2002 and was intended to provide a measure of competitiveness, proxied by the number and type of regulations as well as their enforcement, across economies and time. The allegations about data irregularities concerned the 2018 and 2020 editions of the DBR. An independent investigation by the law firm WilmerHale, published in September of this year, found that staff working on the 2018 edition of the report were pressured by the office of the then president of the World Bank, Jim Yong Kim, and by senior staff, including the then chief executive, Kristalina Georgieva, to change the methodology in order to boost China’s ranking. Had there been no change in methodology, China would have ranked 85th but the data manipulation resulted in China being ranked 78th. The change in ranking coincided with the World Bank’s attempt to secure an increase in funding from China in order to bolster the bank’s capital. WilmerHale also found that pressure had been exerted on staff to improve the rankings of other countries, including Saudi Arabia, in the 2020 edition of the report but they could find no proof that the pressure came from the office of the bank’s president or the executive board.

The day after WilmerHale’s findings were published, the World Bank announced that it was discontinuing publication of the DBR. Georgieva, who is now the managing director of the IMF, issued a statement denying any wrongdoing. Pressure was put on the IMF to remove Georgieva but the IMF’s executive board gave her their full backing. This has brought the IMF’s governance under the spotlight with the Secretary of the US Treasury, Janet Yellen, making it clear that she would be monitoring the IMF’s handling of any new findings. Yellen has also called on the IMF to restore its data integrity. But the damage has been done.

The former chief economist of the World Bank, Joseph Stiglitz, has stated that the DBR was nothing more than an exercise to pressure countries into adopting low taxes and loose labour regulations, thus enabling them to attract inward investment. Whether or not this is true, and I am inclined to believe it is, the integrity and credibility of the World Bank and, to some extent, the IMF have been seriously damaged by this affair. It’s not the first time that the World Bank has been embroiled in controversy, but it is the first time that the bank has been involved in such a major data manipulation scandal.