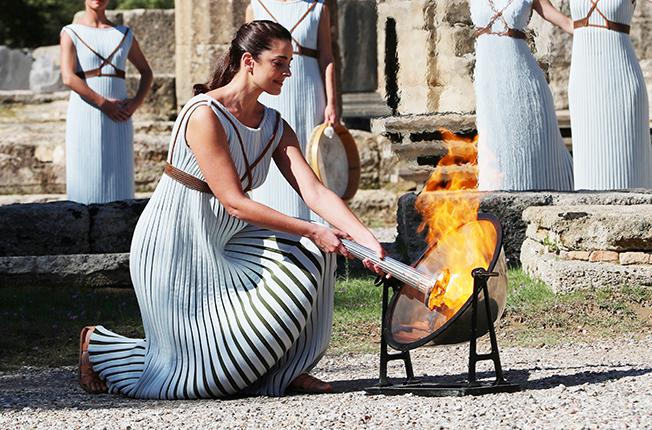 The Beijing 2022 Olympics flame was lit at Greece’s ancient Olympia on Monday, just over 100 days before the start of the Games in February, as a handful of Tibetan protesters attempted to protest inside the ancient site.

The Chinese capital will become the first city to host both the Winter and Summer Games when it stages the Feb. 4-20 event but protests and calls for boycotts over the country’s human rights record have marred the run-up.

Three human rights activists entered the site of the ancient Greek stadium and temple where the flame for the Olympic Games is traditionally lit, despite a strong police presence, and attempted to unfurl banners just after the torch was lit.

They were stopped by security and led away.

Four other protesters had been detained by police outside the stadium an hour before the ceremony.

Rights groups and U.S. lawmakers have called on the International Olympic Committee (IOC) to postpone the Games and relocate the event unless China ends what the United States deems ongoing genocide against Uyghurs and other Muslim minority groups.

Chinese authorities have been accused of facilitating forced labour by detaining around a million Uyghurs and other primarily Muslim minorities in camps since 2016.