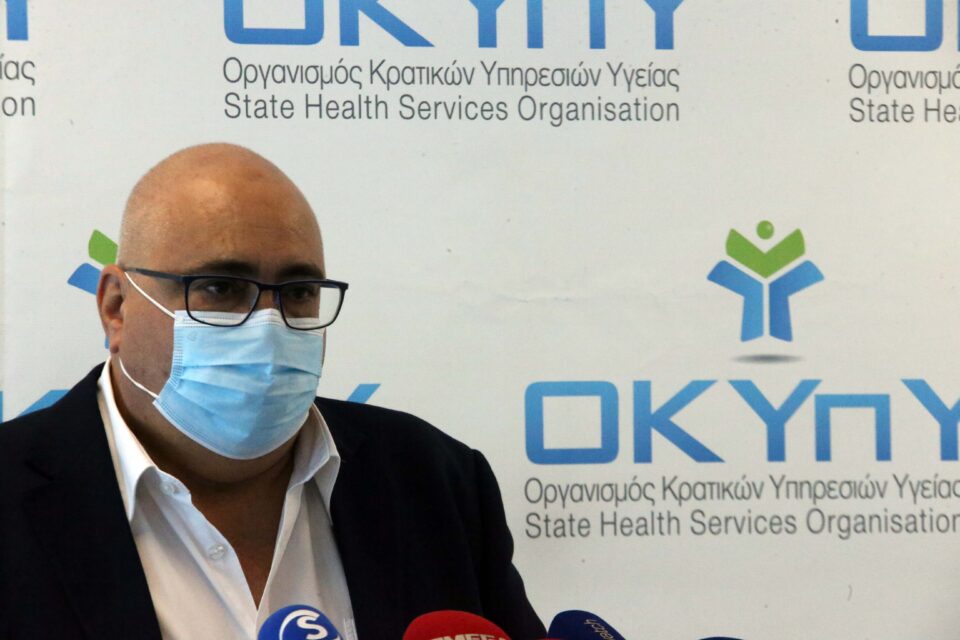 State health services organisation (Okypy) is by the side of patients, its Chief Executive Officer said on Tuesday as he announced the pandemic had cost the island’s health service around €100 million.

Taking stock of the work carried out by Okypy since his appointment, just 15 days after the first Covid-19 case was detected in Cyprus, Christis Loizides said the pandemic has greatly affected the organisation’s finances and goals.

He also stressed that the organisation was well aware of the problems and challenges faced and was striving to resolve them while at the same time offering the best possible service to patients. Cooperation was necessary to achieve results, he said.

“Health is a collective matter. We will not succeed alone but with the cooperation of all: the political leadership, doctors and healthcare people and of course the patients,” he said.

The “unprecedented crisis” due to the pandemic, however, he said, forced them to change their plans.

Loizides said until now more than 6,000 people with Covid-19 have been hospitalised, around 600 of whom, were treated in intensive care units.

He also said that in a short period of time Okypy secured more than 300 beds for Covid wards, including high-dependency units and staffed 65 newly created ICU beds for Covid patients.

Referring to the staff of public hospitals, “the true heroes of this story”, Loizides said since its first day of operation – January 1, 2019 – Okypy has hired 1,022 people including 245 doctors and 371 nurses.

He pointed out that there was no understaffing of departments. “If there are any ‘deficiencies’, these are mainly due to the temporary relocation of staff to deal with the pandemic,” he added. According to Loizides, the total number of doctors is now 767 while there are 3,555 nurses, which is the biggest number the country has ever seen in public hospitals, and which represent 72 per cent of the total number of Cyprus’ nurses.

Reference was also made to the reforms that have been promoted recently such as staff evaluation, the hospitals’ afternoon operation, streamlining of staffing, implementation of Basic Performance Indicators, and of an incentives plan. These, he said, were fundamental conditions for upgrading health and patient service.

Another development is the digitisation of patient records which is a project underway, Lozides said.

“All services are expected to be digitised such as medical data, automation of all services, live feedback system by patients, etc,” he said adding that for the first time, patients can book appointments online.

Referring to the much discussed expansion of the hospitals’ working hours, Loizides said he would meet this week with the heads of the doctors’ unions to discuss Okypy’s suggestions on the matter.

“It is inconceivable for hospitals in the year 2021 to close at 3pm,” Loizides said. He said they have the equipment and staff that exceeds 7,000 people.

Regarding evaluations, he said that every serious organisation ought to know exactly the capabilities of its staff, any injustices and inequalities and reward where it should. “There can be no public health without the best,” he said.

On Okypy’s finances, he said the estimate of real results for 2021 shows a small operating deficit, approximately €5m, which will increase by €31m due to capital expenditures. Revenues of €120m related to expenditures for services of general financial interest and public health were taken into consideration in these results, he said.

Okypy is to receive state funding for the first five years – until May 31, 2024 – to help it reach its financial autonomy which is part of the Gesy reform. Due to the pandemic, however, Loizides said they will now ask for extension of the state grant for the duration of the pandemic and for one or two years after that to help them achieve their goals.

Loizides also referred to the accident and emergency departments (A&Es), noting that “we all want the same result, which is shorter waiting times and proper service.”

He said they have had meetings with the heads of the A&Es on the problems faced and that there have been results. He called on people, however, to first call their GPs before going to A&E to make sure this is the right move. He also announced that within 2022 works would begin for the construction of another ICU at the Makarios hospital in Nicosia.

In the next three years, he said, Okypy plans on spending €200m on building upgrades and the purchase of medical equipment, robotic systems, hybrid surgeries, angiographs, MRI and CT scans, radiation units, ultrasound and other equipment.