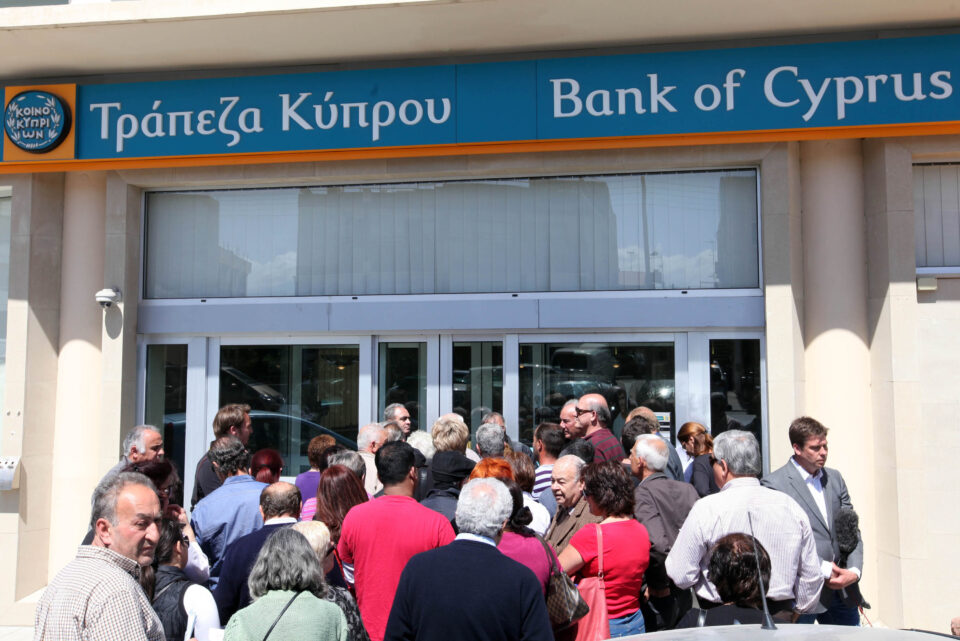 Queues to get into the banks on March 28, 2013 after they reopened for the first time since March 16

The Supreme Court of Cyprus recently issued some landmark decisions on an issue of public interest. The decisions concerned applications seeking to annul a disclosure order previously issued by the District Court of Nicosia.

Under the disclosure order a number of banking institutions were ordered to disclose information and details of physical and legal persons which were deemed to have conducted transactions within the so called “closed period” during the financial crisis in 2013.

This refers to the March 16, 2013 decision by the former governor of the Central Bank of Cyprus to temporarily suspend the payment and transaction systems of banks based on the Eurogroup decision a day earlier on March 15 which later culminated in the bail-in of bank deposits.

This decision/circular was notified to all banks operating in Cyprus via a letter from the governor. This circular stipulated, among others that the banks were, to “faithfully implement and comply” with the instructions, in order to “protect the public interest and to ensure the stability of the financial system“. The circular was in force between March 16 and March 27, 2013.

In the following years, various inquiries were carried out by the central bank, and by a committee of the House of Representatives, which led to suspicions that the circular had been infringed. In particular, it was established that during the “closed period”, there was a decrease in deposits while outflows of funds were identified. It was suspected that transactions took place after March 16, 2013 and that they were backdated in an attempt to transfer funds abroad in violation of the decision.

Following instructions from the attorney-general, the police had initiated a criminal investigation which led to the aforementioned disclosure order being issued, on the basis that a breach of the circular constituted a criminal offence. The disclosure order was issued on the basis of a request by the police, pursuant to the provisions of Articles 45 and 46 of the Prevention and Combating of Money Laundering Law of 2007 (Law 188(I)/2007). The disclosure order ordered a large number of banks to disclose specified information and documents within 30 days of its service. A number of banks reacted by filing an application for the issuance of a prerogative writ “Certiorari”, in order to annul the disputed disclosure order.

Our main argument, which was also raised by the counsels representing other banking institutions, during the hearing of the abovementioned civil applications, was that, even if it were proved that a violation of the central bank governor’s decision had taken place, it did not constitute a criminal offence but an infringement which entails administrative fines, based on articles 48 (3) & (4) of the Law on the Central Bank of Cyprus of 2002 (Law 138(I)/2002).

On the other hand, the attorney-general’s counsels invoked Article 43 of the Law on Credit Institutions (Law 66(I)/1997) and Article 65 of the Law on the Central Bank of Cyprus, arguing that violation of the said decision did constitute criminal conduct. Moreover, they argued that the evidence presented before the first instance judge who issued the disclosure order was sufficient for the purposes of issuing the disclosure order in question.

The judgements have been appealed by the attorney-general, and a final decision is expected in the next year by an enlarged panel of the remaining Supreme Court judges. The much-anticipated decision will either allow the police to continue its investigation aiming to shed light on one of the most discussed issues by Cyprus society, or possibly close this chapter once and for all, on one of the most difficult periods of modern history in the Republic of Cyprus.