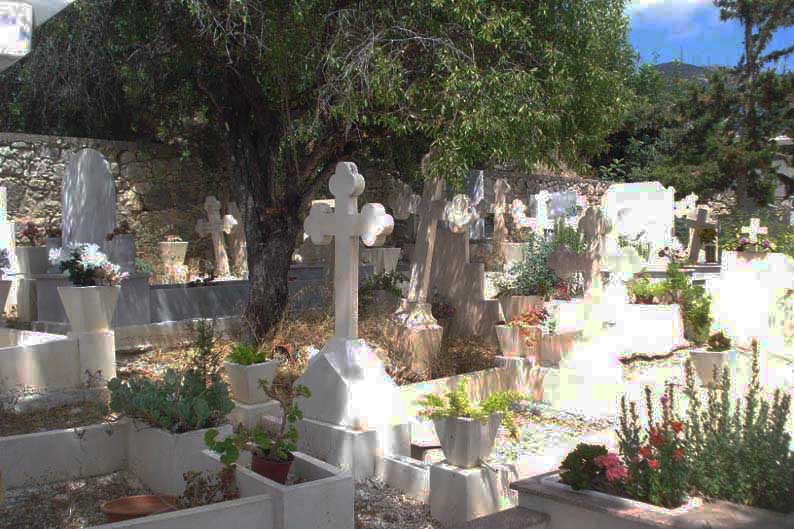 It’s been five years since cremation was made legal in Cyprus after a long battle with the Orthodox church, but there is still no private or state-run crematorium.

However, this could change by 2023, provided that no further rezoning, town planning restrictions, or bureaucracy causes delay.

A private Cyprus based initiative told the Cyprus Mail that it is looking to set up and operate the first such facility on the island to meet the demands of the thousands of mostly foreign expats who have demanding the option of being cremated for years.

A representative spoke on condition of anonymity but confirmed that moves are underway to create a much-needed facility.

“Applications have been made, it now just depends if the authorities change anything again as to when it would be built. Hopefully by 2023, it would be operational. A crematorium is necessary for Cyprus as it will then give people the important choice between burial and cremation,” he said.

Currently, those choosing to be cremated mean that families face hefty costs to send loved ones abroad.

A crematorium would mean a significant investment of several million euros. The ball park figure for setting up the venture is around 2.5 million euros, he said, adding that the cost of each cremation is currently being decided as ‘costings have changed’.

“We think that there will be approximately 60 cremations carried out per month and we believe it will be popular with most nationalities and religions,” he said.

Under the legislation passed in 2016, individuals wishing to be cremated in Cyprus must register their preference in life, and not after death by their relatives. In order for it to be valid, a person must have expressly indicated that this preference is their exclusive right.

The relevant law also regulates cremation procedures as well as additional matters concerning the licensing of crematoriums, funeral homes and the delivery of the ashes to relatives.

Despite the legal framework being in place, obstacles remain which have blighted the process to create a crematorium. These include the current town planning restrictions, the initial high cost and the possible deterioration of air quality in near the facility. These difficulties are being overcome, the spokesman said.

While the demand from foreign residents is high, some Cypriots are also showing an interest in cremation as an alternative to burial.

“My family is against cremation as they say the Greek Orthodox religion does not allow it, but it makes sense to me as cemeteries are overcrowded and, in most cases, it can be a greener option,” said 34-year-old Alex, a Paphos resident and businessman.

“Costings for families would be less too. No headstones, no unkempt graves and families can take their loved-one’s ashes anywhere in the world.”

A crematorium would bring Cyprus into the 21st century and free up more burial plots.

Charalampos Theopemptou, MP and leader of the Green party has long backed the creation of a crematorium in Cyprus.

“In order to get these operating in Cyprus we need to provide for town planning areas and make it easier for more businesses to be interested,” he said.

“A crematorium is necessary because it will provide an alternative to people funding cemetery land that is tied up for years. It is difficult to change century old habits, but I believe that we should make a start.”.

The idea has also been long supported by Linda Leblanc, a councillor in Peyia, which is home to the largest number of expats on the island, many of them British.

It is a question of personal choice, human rights and freedom denied to many in Cyprus, she said.

“Certain traditional religious beliefs and vested interests are interfering with progress, although nearby Greece now has a private crematorium after a 20-year battle,” she said.

Leblanc was referring to the first such facility in Greece which is owned by Antonis Alakiotis and provides cremation services in Ritsona.

The benefits of a crematorium are also practical and include financial savings for local authorities that provide cemetery spaces for residents.

“Suitable land is expensive in many communities, especially so in Peyia. Some communities have an annual cemetery tax to cover the cost of purchasing land, however Peyia has not done this and has financed the expenses out of the budget. Income from sale of plots to residents is minuscule in comparison to the cost of buying the land,” she said.

“On several occasions over the years, I suggested to the council that if there was a crematorium, it would reduce the demand for cemetery plots considerably, given the high number of foreign residents.”

Leblanc suggested that Peyia support the creation of a crematorium by petitioning the government. In the meantime, the council has recently decided to purchase more land for the Greek Orthodox cemetery.

Peyia has two municipal cemeteries, one for the Orthodox and the second for ‘foreigners’, described locally as the “Catholic” cemetery (although for other religions too), which is now almost full.

Councillor in nearby Tala, Cathi Delaney, agrees that a crematorium is essential as there is limited land available for burials.

“Tala is also home to a large number of foreign residents and homeowners and the cemetery is filling up quickly. It is now very difficult for non-residents to find a burial plot,” she said.

Paphos now stipulates that plots are available only to those resident in the Paphos municipality area, she said, adding that there are Cypriots who would also prefer to be cremated if the option was available. The majority of Europeans and third country nationals would prefer this too,” she said.

“It would be wonderful if this was feasible soon and I live in hope. However, people’s hopes have been dashed several times over the years.”