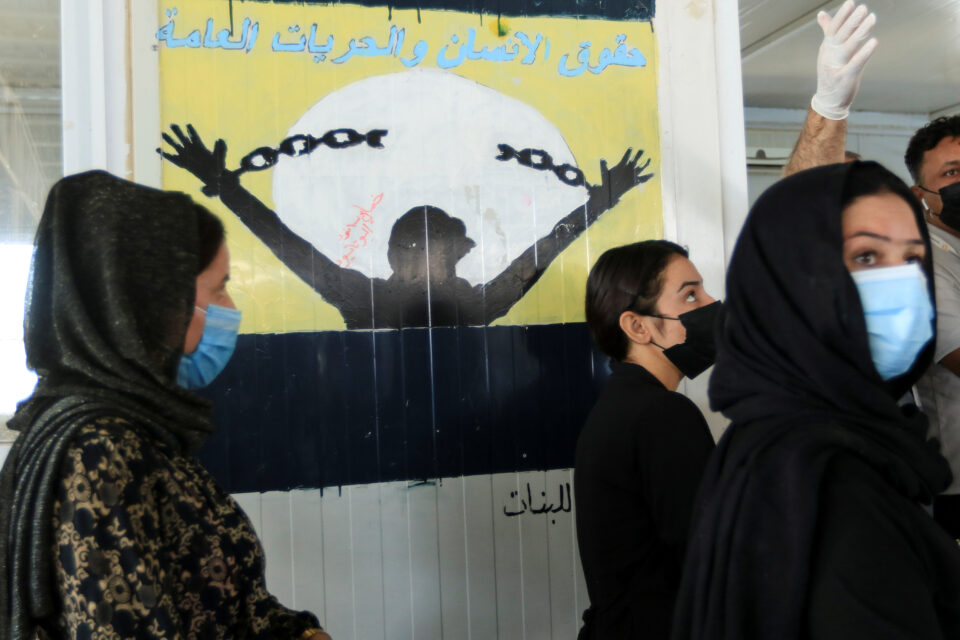 Displaced women from the Yazidi minority

A Munich court on Monday sentenced a German woman, who had allowed a young Yazidi girl to die of thirst, to 10 years in prison after finding her guilty of supporting Islamic State militants in Iraq, aiding and abetting attempted murder, attempted war crimes and crimes against humanity.

Prosecutors had accused the 30-year-old woman, identified as Jennifer W. in court documents, of joining the militant group in 2014 and integrating herself into the decision-making and command structure of the group.

The woman was accused of letting a 5-year-old enslaved Yazidi girl die of thirst after her husband, an Islamic State fighter, chained the child up in a courtyard without protection from the scorching heat as punishment for wetting her mattress, prosecutors said.

The Yazidis are an ancient religious minority who combine Zoroastrian, Christian, Manichean, Jewish and Muslim beliefs.

The fact that the woman did not take steps to prevent the girl’s death was considered a crime against humanity by the court, which sentenced the woman to 9 years in jail for it, a court spokesperson said.

The woman also received two and half years for joining a terrorist group, and the two sentences were combined into a total of 10 years in prison, the spokesperson added.

The prosecutor said Monday’s verdict was significant because it found someone guilty of a crime that took place years ago outside of Germany.

“It’s decisive that a crime that no one would have thought would ever be solved was in fact cleared up in a criminal trial today,” federal prosecutor Claudia Gorf said.

The case was brought by the mother of the child, who was represented by two German attorneys and human rights lawyer Amal Clooney.

“I think for a mother who lost her child, there is no sentence severe enough,” said Natalie Von Wistinghausen, the plaintiff’s lawyer.

“For her, it was important … that the world knows who is responsible and today, she received such a decision,” she said.

Jennifer W.’s lawyer said it was important to isolate the subjective guilt of his client and not to hold her responsible for what Islamic State militants have done to the Yazidi community in general.

Islamic State, which views the Yazidis as devil worshippers, have killed more than 3,000 of them, enslaved 7,000 Yazidi women and girls and displaced most of the 550,000-strong community from its ancestral home in northern Iraq.

The case is believed to be the first in the world to indict crimes committed by Islamic State members against the Yazidi community, the Yazidi organisation Yazda said.

The defendant was arrested on her way back to Syria from Germany in 2018.

The Federal Prosecutor’s Office had demanded a life sentence for the suspect. The defence pleaded for a maximum of two years in prison.