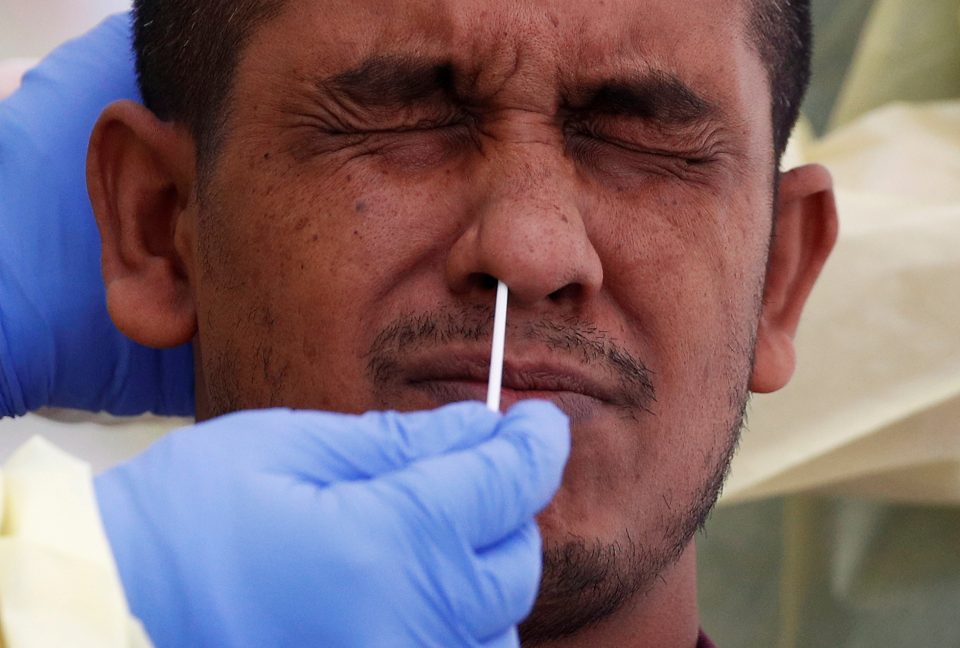 A union representing the rights of public-sector workers has called for the suspension of rapid tests for the coronavirus, after media reports showed a swab contained multiple times the permissible trace level of ethylene oxide, a toxic substance.

The Isotita (Equality) union said rapid tests – which under current protocols thousands of people need to take every 72 hours for work – should be immediately discontinued until health authorities have investigated the matter and determined any health risks.

Citing the European Chemicals Agency, the union said ethylene oxide – a substance used to coat and sterilise PCR and rapid test nasal swabs – is toxic, carcinogenic and mutagenic even when inhaled.

Ethylene oxide is a gas commonly used to sterilise many different types of medical devices, including swabs used in test kits. Ethylene oxide (EtO) gas sterilisers have been used by hospitals for over 40 years to sterilise surgical equipment and supplies that are heat sensitive or that cannot tolerate excessive moisture.

Use of the substance is banned in food production in the EU. Under EU Regulation No. 2015/868, the maximum residue level for the sum (of ethylene oxide and the conversion product 2-chloroethanol), referred to as ethylene oxide, has been specified at 0.05 mg/kg.

The Isotita union’s concerns come after a report aired two days ago on media channel Pronews TV, about a rapid test swab found to contain 0.36 mg/kg of ethylene oxide.

The analysis, done by Larnaca-based Food Allergens Lab, had set the detection limit at 0.025 mg/kg.

The analysis result – which reads “Swab” – is dated October 21.

The health ministry did not put out a statement on the matter. The Cyprus Mail tried contacting a ministry spokesperson for a comment, but she could not be reached in time for this report.

Back in August, health authorities ordered a recall of a number of foodstuffs on the market found to contain ethylene oxide, but said at the time that trace amounts pose no direct danger to human health.

The ministry had then said that the very low levels of ethylene oxide detected in certain batches of foodstuffs – donuts and ice creams – pose no direct danger to human health, “however based on scientific studies it is assessed that frequent consumption on a long-term basis, even with trace amounts of ethylene oxide, increases the risk of developing cancer.”

As such, the ministry added at the time, “there is absolutely no cause for alarm among people who may have consumed a foodstuff that has been recalled.”