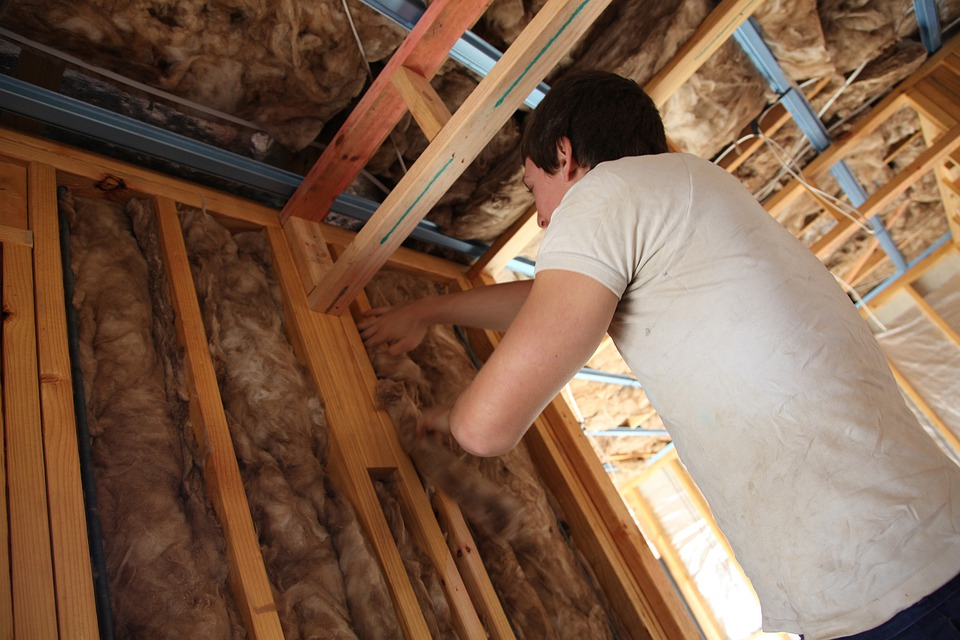 Against a backdrop of spiralling energy costs, our buildings remain woefully energy inefficient

The 26th UN Climate Conference (COP26) which starts today has been dubbed humanity’s last chance to cap global warming at the 1.5-2 degrees Celsius maximum set out by the Paris Agreement.

Over the next two weeks, representatives from nearly 200 countries will meet in Glasgow to accelerate action towards significantly cutting global emissions to reach net zero by 2030.

Following the EU Green Deal, Cyprus has prepared an ambitious €1.2 bn Recovery and Resilience Plan (RRP), which defines energy efficiency as one of its main objectives, but critics say it is already falling short on its promises. Among them are the necessary changes to our cold-in-winter, hot-in-summer energy inefficient buildings

According to Green Party leader Charalambos Theopemptou Cyprus has much to learn from other European countries in implementing effective strategies.

The EU Energy Poverty Observatory’s 2019 report, which evaluated member states individually, showed that Cyprus had a lower energy performance than the EU average, with the number of people unable to keep their home adequately warm (21.9 per cent) almost triple the EU average (7.3 per cent) in previous years.

Those reports were completed in February 2020, before the effects of the pandemic had set in. Today, with energy prices skyrocketing, many are dreading this winter’s heating costs. Recent data has shown that this has worsened energy poverty across the EU, with Cyprus among the countries most heavily affected. Just last month, a data analysis by the European Trade Union Confederation (ETUC) revealed that almost half of Cyprus’ working poor (46 per cent) cannot afford to heat their homes.

In fact, Cyprus has consistently scored badly on European and international reviews on sustainable development and clean energy performance, which, according to Theopemptou is stating the obvious. This is mainly because minimum energy performance criteria for buildings were only introduced a little over a decade ago.

In the RRP proposal, the government said that most existing non-residential buildings, a staggering 83 per cent, were constructed before these regulations were in place. At the same time, half of Cypriot homes were not built with energy efficiency in mind and only 12 per cent have some form of thermal insulation. Theopemptou said that despite setting out strategies in the RRP to reach EU goals by 2030, the government has not really made moves to implement them.

When talking about making buildings energy efficient, it is important to consider how these policies will allow us to live comfortably while using less energy than before, he said. This starts with reducing a building’s energy demand by addressing three elements: insulation and openings like doors and windows, and devices.

“The first two are particularly important, as they can give work to local professionals like painters, builders and carpenters. This way, improving a building’s energy performance can also generate jobs,” he said.

As one of the EU Green Deal’s four main targets for 2030, the energy efficiency directive requires all member states to implement measures that will save 4.4 per cent on their annual energy consumption. As well as measures directed towards households, the EU calls for member states to renovate at least 3 per cent of the total floor area of buildings owned and occupied by central government every year.

“Our largest public buildings, and the ones that cost the most to operate, are hospitals, and yet instead of trying to make them more energy efficient we spend millions to maintain them and cover their huge energy costs,” Theopemptou said.

Even though the directive was transposed into law in 2014, the government has not made large efforts to reach the 3 per cent yearly goal

What can we do to expedite the process? Theopemptou suggests looking to other European countries – namely Germany – for inspiration. Germany performs better than the EU average, with only 2.7 per cent struggling to keep their home warm in 2018. Since 1990, it has improved its energy efficiency by 40 per cent.

This was achieved through a form of financing called Energy Performance Contracting (EPC), which allows funding energy upgrades from cost reductions. Under an EPC arrangement, an external company is hired to carry out an energy efficiency project, like for example installing heat insulation, and uses the stream of income from the cost savings to repay the costs of the project, including the costs of the investment. Essentially, a payment is guaranteed as long as the project delivers the expected energy savings.

According to Energy Efficiency Network Europe, whose partners include a Cyprus-based company, “EPC is a means to deliver infrastructure improvements to facilities that lack energy engineering skills, manpower or management time, capital funding, understanding of risk, or technology information. Cash-poor, yet creditworthy customers are therefore good potential clients for EPC.”

Theopemptou believes this model would work particularly well for Cyprus, if the government would be willing to offer loans for such. The way it can be done is by inviting tenders for smaller scale projects, and offering them to smaller companies.

“Let’s say you want to fix 15 schools in Paphos, spread across several communities. Instead of a tender announcement for all 15 at once, why not break them up into individual projects, and let locals take them on?”

Public schools are another category of public building that has been “criminally neglected”, he said, adding that hope is here in the form of a project aiming to address their needs in line with the EU climate directives. A year ago, Education Minister Prodromos Prodromou presented the EU-funded PEDIA project (Promoting Energy Efficiency & Developing Innovative Approaches in Schools), which pledged to upgrade 25 schools as a first step in converting the buildings to minimal energy consumption.

Coordinated by the Cyprus Energy Agency in collaboration with the education ministry, the project has taken the past year to carefully evaluate applications from 160 schools, assessing their specific needs, out of which 55 were selected.

Project coordinator and Cyprus Energy Agency director Savvas Vlachos told the Sunday Mail that the final step is to narrow them down to 25, after which some projects could potentially begin – but not all at once.

“It was a very complex process, both from a technical and a financial perspective. There are also a lot of different factors at play, like parents, pupils and public servants,” he said. The project is still at a pilot stage, with the first 25 schools serving as a blueprint for how the project could evolve in the future.

Meanwhile, earlier this month mountain communities, which the report showed have higher energy poverty than urban areas, were briefed on a series of grant schemes and incentives aimed at improving their quality of life. Presented by the Commissioner for the Development of Mountain Communities Costas Hambiaouris alongside the energy ministry, these included grants for the instalment of photovoltaics and roof insulation. Theopemptou said grants like these are particularly important for lower income households, as they can help them lower their energy costs.

While energy efficiency projects can bring “immediate and visible benefits”, Vlachos said it’s very important to educate the public and professionals in related fields on these benefits. Similarly, Theopemptou said that anyone can make their home more energy efficient for under €50 – if they know how.

“There are solutions, small things you can do, people just don’t know about them. Installing thick curtains, using foam weather strips for gaps in doors and windows, and carpets – these simple things can dramatically change your home’s energy efficiency,” he said.

“What we always say is that with environment issues, it’s not about a few huge changes, but about consistent smaller ones.”