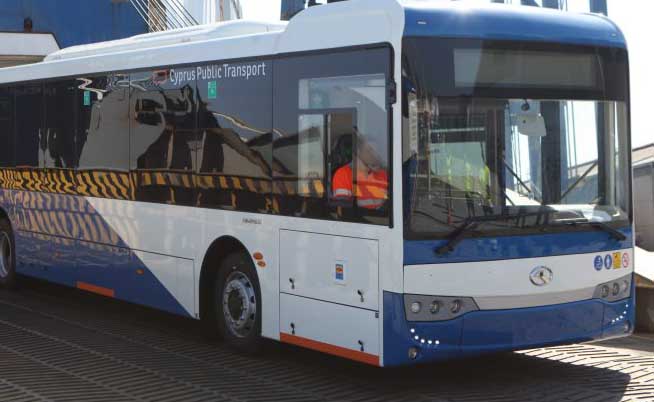 Following the editorial in the Sunday Mail (The Herculean task of unclogging our roads, October 24), may I make the following comments?

As a permanent resident of Nicosia for the last thirty years, I hope these may be helpful. I use my local line (the 126) occasionally.

I can quite understand that revising the network would be a massive undertaking, but am sure that some improvements could be achieved. The main problem would seem to be the difficulty in actually using the bus service. Before settling in Cyprus, I lived and worked in Switzerland for some twenty years; the Swiss are notoriously perfectionist in many respects, and I feel sure that some of their methods as regards their excellent public transport services could without too many problems be adapted to our slightly different requirements. One essential item would be a clear map of the entire network within the outer city bounds, which services go where, and where all the stops are – along the lines of the London Underground map, but not quite so geometric – it should give some idea of where places are in relation to each other.

The first thing is to know which bus you want in order to get to your destination; the next is when to go to the bus stop to be there in time for the bus you want. This has two aspects: knowledge of the departure time from the terminus, and knowledge of the expected time at your stop. Also essential is a dependable departure time from the terminus. The Swiss (you may get tired of these comparisons, but they do do it very well!) have a clear notice at every stop showing the number of each route that it serves, plus the full timetable for each – and, the Swiss being the Swiss, and having fewer traffic problems than we do here, the bus can just about be guaranteed to arrive at any stop within one minute of the announced time.

I believe there is considerable room for improvement in respect of the charging system for tickets. On a recent trip a few days ago, I actually read my ticket, and discovered that the route I was using, and the time of issue, were both clearly printed – also the date, the price and “single”. Excellent – but there could be more. Until that moment, I was unaware that I could have had a (presumably) return ticket, hopefully for a little less than twice the single rate. I would suggest the following possible additions/amendments:

Information on the various tickets should be clear at every stop. The day or monthly tickets would be of great assistance to tourists or business visitors, allowing them to hop on any bus of their choice, thus exploring the whole of Nicosia and allowing access to various attractions difficult or impossible to reach otherwise.