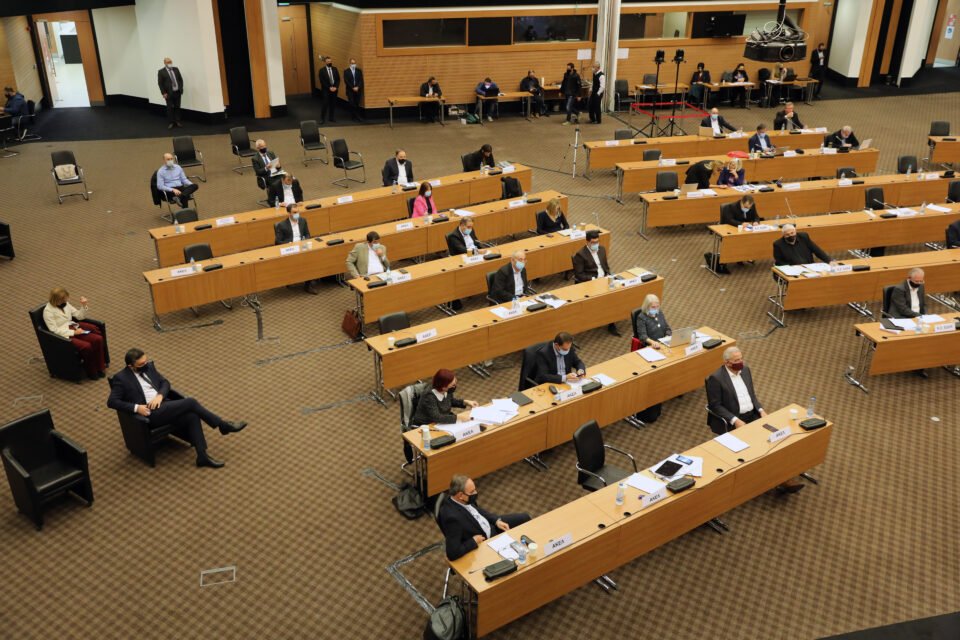 Opposition on Thursday called for caution over updating the 1923 law on infectious diseases to avoid restricting basic freedoms, with Akel arguing that lack of proper definitions of some words makes the bill dangerous.

The new bill infectious diseases was discussed at the House health committee with opposition expressing reservations over gaps and contradictions.

Deputy head of the committee, Disy MP Savia Orphanidou, stressing the importance of modernising the legal framework to ensure that public interest comes above all, argued that it was because of the government’s quick reflexes that the decrees were issued and was that way able to manage the pandemic through the measures promoted by the decrees. But at the same time, she added, it was the compliance of most people with the measures that led to this current positive epidemiological picture.

In this context, she said, the committee would continue with the article-by-article discussion of the bill considering all points of view to send out the message that parliament must continue to supply the government, the cabinet, and the minister of health the tools to tackle the pandemic “because this pandemic is not over yet.”

All decrees issued by the health ministry since March 2020, have not gone to parliament.

Marina Nicolaou, MP of main opposition Akel, however, expressed concerns over what she heard from the experts who were called by the committee to express their opinion about the bill.

“In their majority they point out that there are huge gaps, but also conflicting provisions with the Constitution of the Republic of Cyprus,” she said.

She said that excessive powers are given to the health minister to issue decrees, which in combination “with the deafening absence of definitions, such as that of ‘pandemic’, but also what a dangerous infectious disease is, makes it (the bill) dangerous.”

Nicolaou said that it was clear that the views of the scientific community and its institutions such as the Medical Association have not been considered “and this intensifies our concerns about possible arbitrariness.”

She said Akel would not consent to any text that may restrict human rights and basic freedoms.

He said that the existing measures are based on an outdated law, that on infectious diseases. “Bearing in mind both the constitutional provisions and the decisions of the Supreme Court (case law), the Constitutional Authority, but also the provisions of the European Council of Human Rights (proportionality principle), it is our view that any restrictions imposed by the government should be (decided) with the partnership-assistance of the three powers of the state (legislative-executive-judicial),” he said.

Our View: Cuts to electricity bills smack of populism

Colombian beetles exported to Japan with help from cryptocurrency