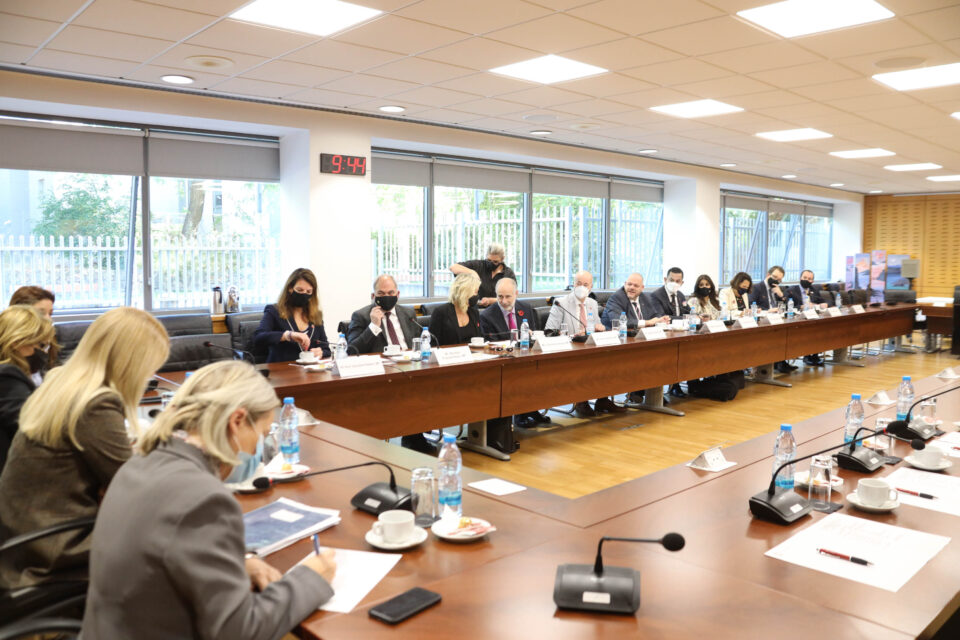 Turkey’s drift from the West and how it should be dealt with was discussed on Wednesday during a meeting at the House foreign affairs committee with the participation of British MPs from the All-Party Parliamentary Group for Cyprus, who were visiting the island.

During the committee meeting, British Labour MP Bambos Charalambous, who was one of the two leading the delegation, asked what the international community should do to address Turkey’s behaviour in the region.

Chair of the committee, Disy’s Harris Georgiades said that Turkey was drifting away from the West.

“There is a huge gap which is being created between Turkey and what we call the West,” he said, adding that the current leader “is riding the tide of Islamism and extremism” which is manifest both domestically but also in its foreign relations.

“We are living in times of gunboat diplomacy, literally,” Georgiades added. The issue was also not just one for Cyprus or the region but also for the EU, the US and the UK, he said.

Replying to questions from other MPs on whether it might help to re-engage with Turkey or offer it incentives, Georgiades said he was not suggesting “an all-out confrontation” but rather draft a sensible but firm “carrot and stick” policy toward Ankara.

He gave the example of the EU Customs Union with Turkey noting that it should include all EU member states, including Cyprus.

“If we are not firm on such basic prerequisites I don’t think we are doing our best in getting Turkey nearer to the West,” he said.

In statements after the meeting Georgiades said that maintaining and enhancing ties at a parliamentary level with MPs from the UK, “a country with extremely important ties to Cyprus” was vital.

In a brief statement, Conservative MP and vice chair of the All Parliamentary Group for Cyprus, Caroline Nokes said it was important to be able to come and speak to Cypriot parliamentarians to understand the issues and to talk about bilateral relations post Brexit.

Labour’s Charalambous said the British MPs were seeking to learn what the current geopolitical situation was “so that we can go back and inform the UK parliament and try to get support for helping Cyprus in trying to resolve the issue that has been so long standing for such a long period of time.”

The British MPs also has a separate meeting with House President Annita Demetriou earlier in the day.

Referring to Turkish provocations, especially in Varosha, Demetriou said the Turkish side’s demand for a “two state” solution, in violation of UN resolutions could in no way be accepted. Its actions in Cyprus’ exclusive economic zone “with threats and illegality” was also problematic, she said. “We expect the support of the United Kingdom, so that Turkey stops its illegal actions and cooperate in good faith,” Demetriou added. During the meeting, reference was also made to the cooperation between Cyprus and the UK in a number of areas, in particular the economic and trade sector.

The British delegation also met Humanitarian Affairs Commissioner Photis Photiou in lieu of President Nicos Anastasiades where they reiterated the UK’s support for efforts to resolve the missing persons issue.

In addition to Charalambous and Nokes, the delegation consisted of Conservative MPs Caroline Dinenage and Mark Jenkinson, Gagan Mohindra and Mike Wood, Labour MPs Fabian Hamilton, Geraint Davies and Catherine West and from the Scottish National Party, MP Anum Qaisar. The delegation is accompanied by the president of the National Federation of Cypriots of the United Kingdom Christos Karaolis.