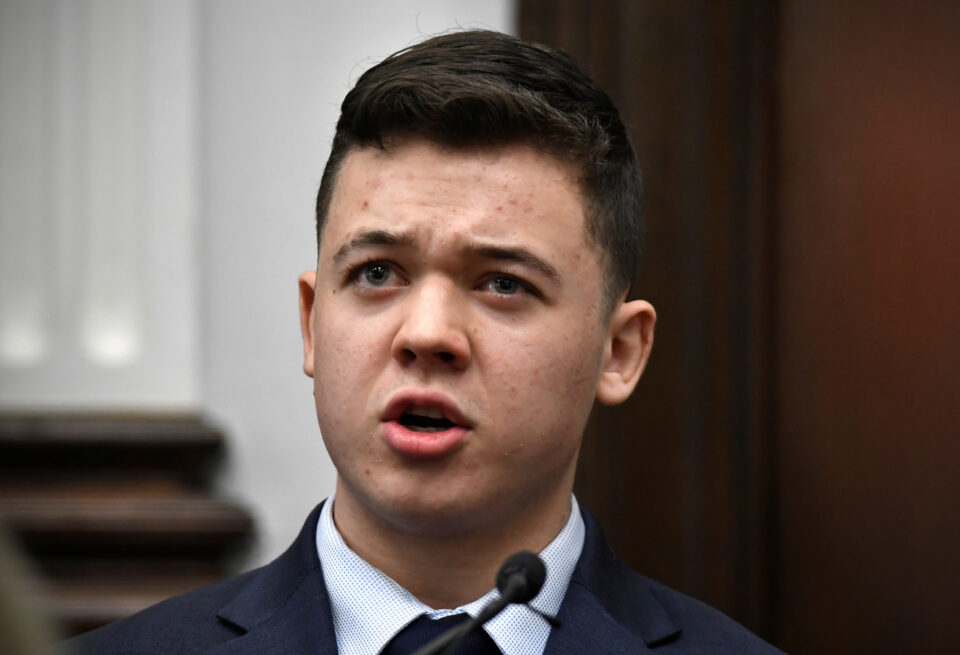 Kyle Rittenhouse testifies during his trial at the Kenosha County Courthouse in Kenosha, Wisconsin

The judge in the murder trial of Kyle Rittenhouse said on Friday he would allow the jury to consider that the teenager provoked an encounter with one of two men he is charged with killing during racial justice protests in a Wisconsin city last year.

The ruling is a boost for prosecutors because it opens the door for them to argue that Rittenhouse was the aggressor, which would raise the bar for the teenager’s argument that he was ambushed and acted in self-defense.

Rittenhouse, 18, is charged in the killing of Joseph Rosenbaum, 36, and Anthony Huber, 26, and the wounding of Gaige Grosskreutz, 27, in Kenosha on Aug. 25, 2020. The shootings took place during sometimes violent protests that followed the police shooting of a Black man, Jacob Blake. Rittenhouse has pleaded not guilty.

Kenosha County Assistant District Attorney James Kraus showed grainy drone video of the Rosenbaum shooting as he argued that Rittenhouse raised his AR-15-style rifle shortly before the deadly encounter, initiating the confrontation. Kenosha County Judge Bruce Schroeder stepped down from the bench to watch the video on a TV with Rittenhouse standing close behind him leaning in and looking on. The judge agreed the issue should be up the jury to decide.

“It’s the jury’s case and I think they should make the critical decisions,” Schroeder said. “My decision will be to submit the case to the jury with the provocation instruction and you can argue the strength or lack of strength of the evidence.”

The shootings, which took place against a backdrop of days of rioting and arson have divided the United States.

Supporters of Rittenhouse saying he was justified in defending himself, while critics say he was a vigilante who inserted himself into a violent situation while illegally possessing a firearm.

Prosecutors were seeking approval for less serious charges to be considered after days of testimony in which considerable evidence was presented to support the teen’s self-defense argument. Lesser charges lower the burden of proof for conviction.

Schroeder said the evidence in Rosenbaum’s shooting did not show that Rittenhouse could win acquittal on first-degree reckless homicide but found guilty on the second, failing to meet the requirement for inclusion of a lesser charge.

Unlike the higher charges, second-degree reckless homicide does not require proof that the teen exhibited an “utter disregard” for life. The judge then agreed to allow the lesser charges.