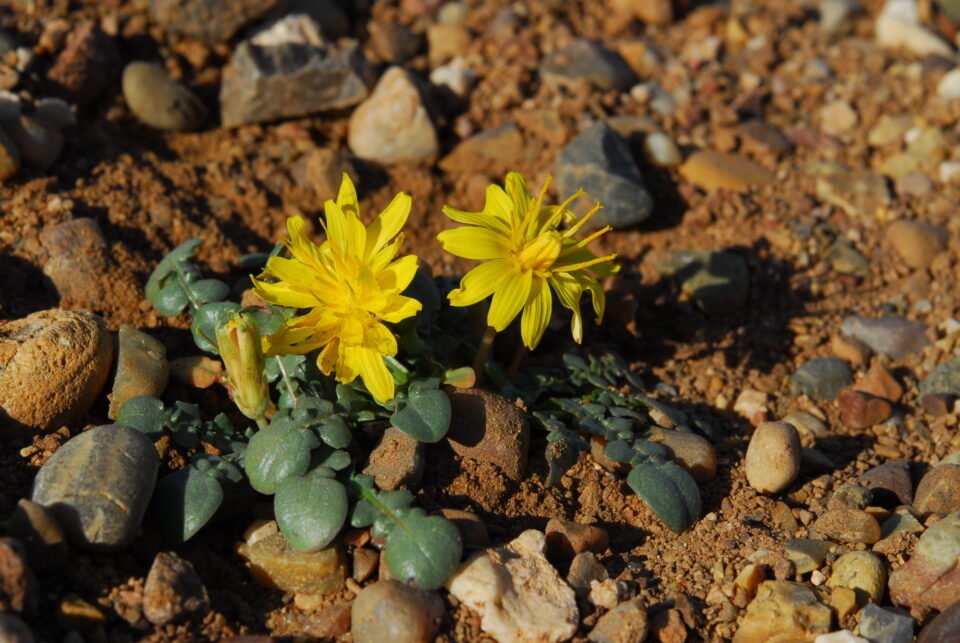 The endemic Paphos dandelion (Taraxacum aphrogenes) has been selected by the agriculture ministry as its plant of the month as it continues its campaign to inform the public about the island’s native plants.

It is part of the Asteraceae, which counts more than 1,600 types around the world, most of which are ornamental although some, such as the lettuce and artichoke are of economic importance.

With a name meaning bitter herb, the plant is found on beaches, near the tidal zone from Episkopi, Paphos, Akamas to Latsi.

It thrives in crevices of coastal rocks, as well as on gravelly and sandy beaches and flowers from October to March.

In Cyprus there are four types of flower found among the Taraxacums, two of which are endemic. The Paphos dandelion is considered vulnerable in the Red Book of Cyprus flora. There are believed to be less than 30,000 plants in existence.

Because they are found along the beach the main threat is from tourism. However, despite the fact that in several parts of the coastline its population is under pressure, the relatively large area it occupies ensures the conservation of the species, provided degradation of the habitat does not increase.

A large part if its numbers are found in protected Natura 2000 areas, national parks and state forests where activities are controlled.

It is a perennial plant with a thick black rhizome with rosettes of leaves. The flowers are golden yellow and seeds are distributed by the familiar dandelion clocks.

Paphos fires continue to be fought on several fronts (updated)