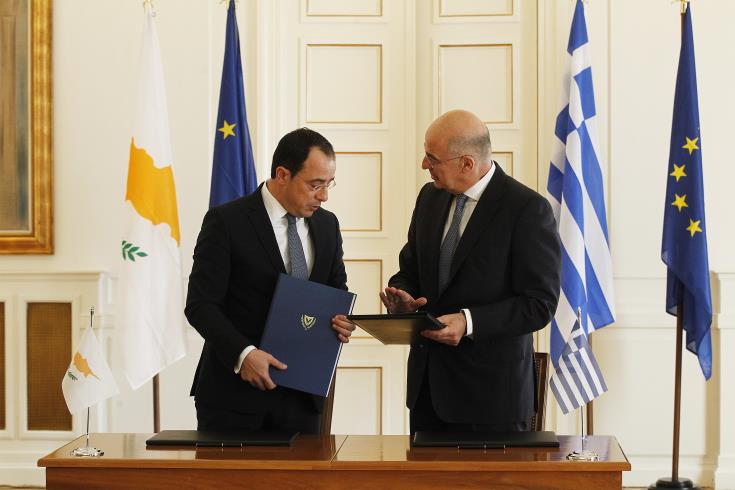 A meeting of the foreign ministers of Greece, Cyprus, Egypt and France that takes place in Athens on Friday will cover recent developments in Eastern Mediterranean and the Cyprus problem, as well as developments in the Middle East, Libya, the Gulf, and the Sahel.

Energy cooperation and international challenges such as pandemics, climate change, and migration will also form part of the meeting’s agenda.

The meeting is part of the regular coordination between Greece, Cyprus, and Egypt with France under the “3+1” format.

After the meeting, the four ministers will make joint statements to the press at 15:30.

Prior to the meeting, Greek Foreign Minister Nikos Dendias will hold a bilateral meeting with his French counterpart Jean-Yves Le Drian.

The two Foreign Ministers will first meet in private and then the Greek and French delegations will hold extended talks.

Dendias and Le Drian are expected to focus on the upgrading of bilateral relations with the signing of the Strategic Partnership Agreement, as well as on developments in the Eastern Mediterranean, the Cyprus problem, developments in Libya, and the Sahel region. They are also expected to discuss the strengthening of multidimensional cooperation in areas of common interest.