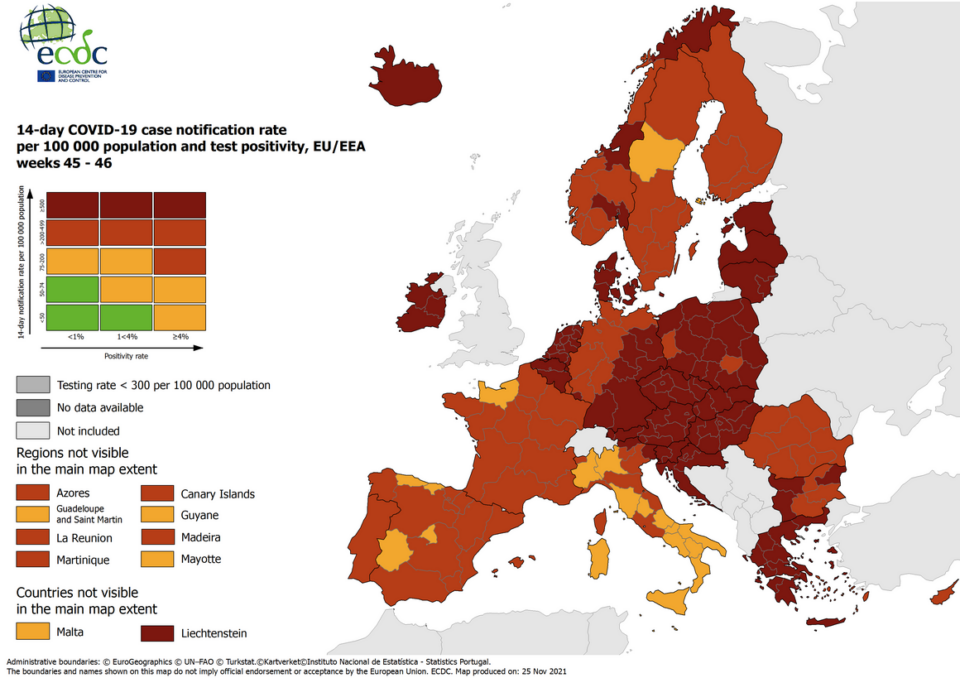 The latest epidemiological map issued by the European Centre for Disease Prevention and Control (ECDC) shows the increase of cases across the European Union and the European Economic Area, as most of it is now in the red and deep red zones.

Cyprus remains in the red category for another week.

The ECDC map does not record the number of deaths or hospitalisations, or the levels of vaccination, but only the number of new cases per 100,000 people over the past 14 days.

After the rapid rise in cases over the past few weeks, only some areas in France, Spain and Sweden, as well as Malta and most areas in Italy, remain in the orange zone.

The red zone includes Cyprus, Romania (where there has been a slight improvement compared to last week), Bulgaria (where the epidemiological situation is also improved), Portugal, Finland and Norway (where some areas are in the deep red category).

France, Spain and Sweden are also mostly in the red category.

Death toll in Russian mine tragedy jumps past 50