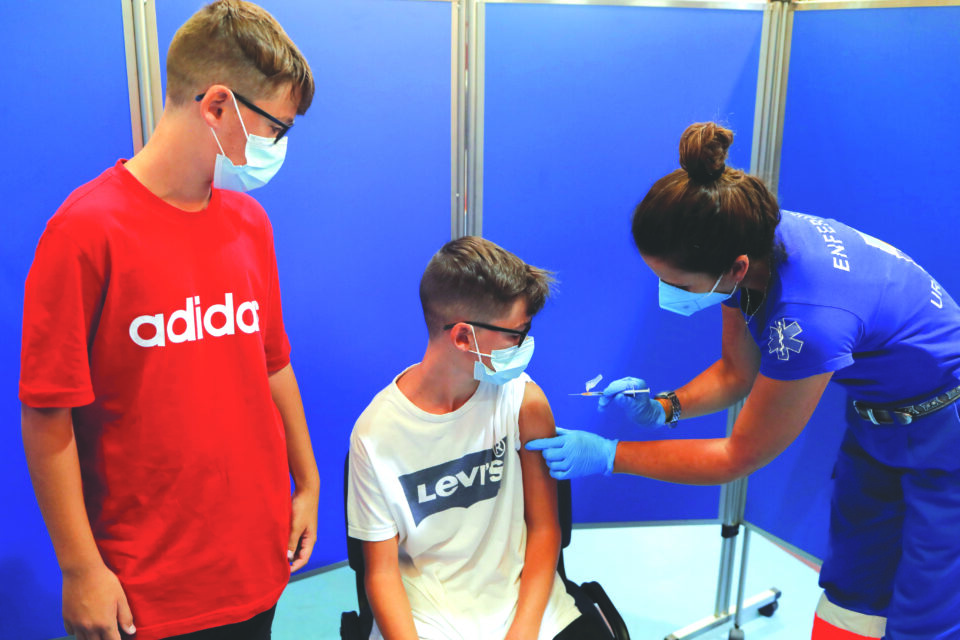 The green light was given on Thursday for the vaccination against Covid-19 of children aged between five and 11 by the European Medicines Agency (EMA), a measure that will also be adopted in Cyprus.

Health Ministry permanent secretary Christina Yiannaki told Alpha TV that all member states have cast a positive vote to this recommendation by the EMA.

She said that this means that the vaccination of children aged five to 11 will start in Cyprus too from December. The measure is optional.

“This is a very important decision,” Yiannaki said.

Initially the vaccination of children will be available through walk ins and at a later stage with mobile units in schools.

The government has already ordered vaccines for children, which will also be in two doses, and are expected to arrive at around December 20.

A press conference will be held next month to inform parents and answer to any concerns they may have, she said. There will also be lectures in schools.

On reactions by parents on the obligatory use of masks for children aged six and above, Yiannaki said these measures are necessary to protect the children from getting the virus and to keep them from spreading it.

She called on parents “not to panic.” Whatever measures are taken, she said, are for the common good and public health, also of children.

The vaccine will protect the children, she added.

The EU’s drug regulator announced its Committee for Medicinal Products for Human Use (CHMP) has recommended granting an extension of indication for the Covid-19 vaccine Comirnaty to include use in children aged 5 to 11. The vaccine, developed by BioNTech and Pfizer, is already approved for use in adults and children aged 12 and above.

While final approval is up to the European Commission, it typically follows EMA recommendations. Reuters quoted an EU source saying that a decision would likely come on Friday.

“Today’s recommendation (…) is clear the BioNTech-Pfizer vaccine is safe and effective for young children, and can offer them additional protection,” EU health commissioner Stella Kyriakides said on Twitter.

EMA said that the dose of Comirnaty will be lower for children 5 to 11 years of age, than that used in people aged 12 and above (10µg compared with 30µg). It added that it will be given in two doses, three weeks apart. The most common side effects in children aged 5 to 11 are similar to those in people aged 12 and above, it added. They include pain at the injection site, tiredness, headache, redness and swelling at the site of injection, muscle pain and chills. These effects are usually mild or moderate and improve within a few days of vaccination.

“The CHMP therefore, concluded that the benefits of Comirnaty in children aged 5 to 11 outweigh the risks, particularly in those with conditions that increase the risk of severe Covid-19.”

Citing a main study in children aged 5 to 11, the EMA said the immune response to Comirnaty given at a lower dose (10µg) in this age group was comparable to that seen with the higher dose (30µg) in 16- to 25-year-olds (as measured by the level of antibodies against SARS-CoV-2). It added that the vaccine was found to be 90.7 per cent effective at preventing symptomatic Covid-19 (although the true rate could be between 67.7 per cent and 98.3 per cent).

Ambassador appointment will not be rescinded, public service commission says