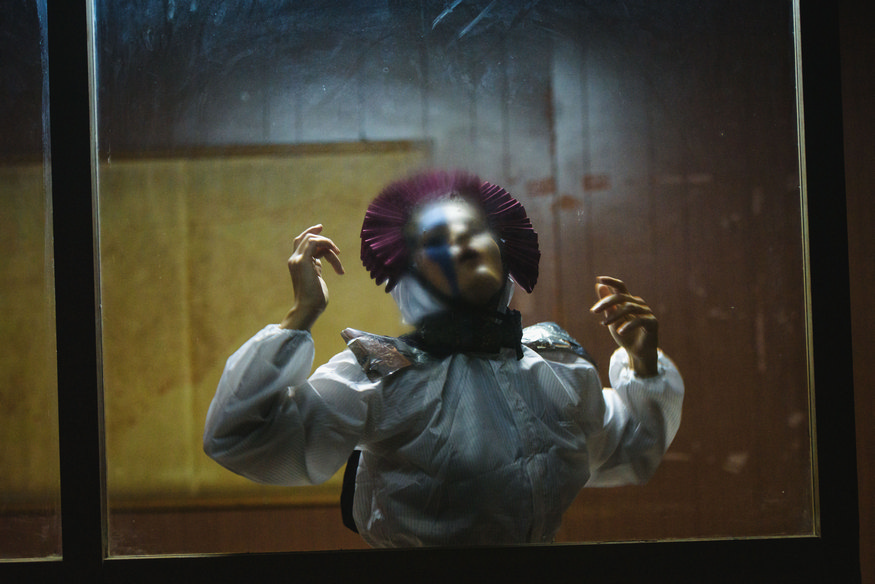 The art and culture worlds have had an unstable year. Shows have been postponed, cancelled and then finally revived and this autumn there has been an overflow of performances and creative events. And Rialto Theatre is closing off the year with another series of cultural happenings and shows on its stage.

December at Rialto will begin with three performances in Greek, all vastly different from one another. The Lover, which will take the Rialto stage on December 2, is of the best-known plays written by Nobel Prize-winning playwright Harold Pinter. The plot revolves around a seemingly happily married couple, Richard and Sarah, and Sarah’s lover. Yet as the play evolves, it becomes unclear how many characters there are as they alternate, blurring the lines between real and imaginary.

The following day’s play is about the Fragile X Syndrome, a genetic condition that derives from an addiction to the internet and a beautified virtual reality. The play is about the coming-of-age story of 17-year-old Peta, who used to love Cavafy, and Wisham, an immigrant teenager who passionately loved the Quran, Panathinaikos football club and his mobile phone.

December 4’s play honours the life and journey of the great Greek composer Vasilis Tsitsanis, unveiling his passion, romance and the songs he wrote that marked generations of people. With two performances, one at 5.30pm and another at 8.30pm, this ROI Theatre production is a heart-warming performance involving dance, music and theatre.

Then, it will be time for dance as the 20th edition of the Cyprus Choreography Platform arrives on December 10, 11 and 12. This annual event dedicated to choreography showcases the work of contemporary dance creators and in this edition, 11 choreographers will present new pieces, while also hosting new works by the awarded choreographers of the past 2019 and 2020 editions.

December 14 will continue to celebrate dance with a performance choreographed by Fotis Nicolaou on dealing with farewells and separation. ADIEU – An Act of Farewell looks at how people say their goodbyes and handle the experience of parting with someone, in any way. Do we actually cope with it or is this why we say “adieu, see you tomorrow, see you soon”?

As we draw closer to Christmas, a couple of holiday-themed performances will take place. First is a musical for young audiences by Alex Panayi, Stavros Stavrou and Katerina Christofidou, performed alongside the Cyprus Symphony Orchestra on December 18 and 19. In My Snowman, a little girl stays up during Christmas Eve looking outside her window, wondering if her snowman will come to life to become the friend she so desperately needs.

December 20 at the theatre will be full of Christmas carols and hymns. A concert, an annual long-standing event organised by the Holy Metropolis of Limassol, will present traditional Christmas, New Year’s Eve and Epiphany carols and hymns. With a show on at 6.30pm and another at 8.30pm, the concert will be a musical journey traversing local tradition and presenting hymns and carols from every corner of the Hellenic world.

Next up is a play that is sure to have audiences sitting at the edge of their seats. Mousetrap is Agatha Christie’s legendary murder mystery which will be staged by Dionysos Theatre and directed by Christos Yiangou on December 21. This play too is in Greek, following the chilling stories of three women and five men who spend their holiday stranded in a country house, among them a murderer.

A series of performances, concerts and plays. Throughout December. Rialto Theatre, Limassol. www.rialto.com.cy