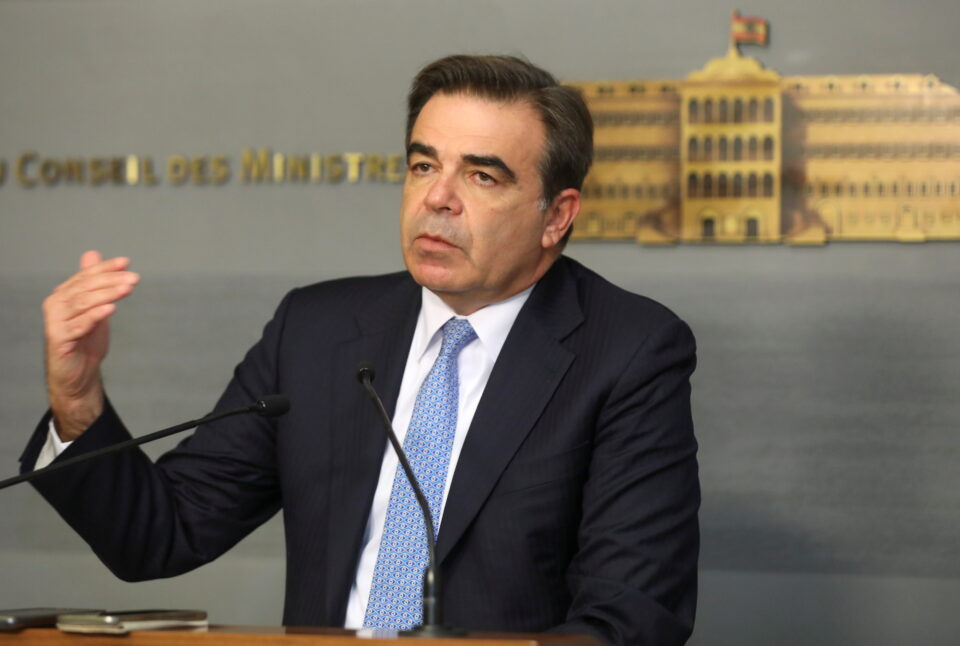 The European Commission is expected to legally define the ‘instrumentalisation of migrants’, next week, though this might not help Cyprus deal with the increasing inflow of migrants to the island.

Vice-President of the European Commission Margaritis Schinas said on Tuesday that the term ‘instrumentalisation of migrants’ had been defined politically but “now the time has come to define it legally” so that the EU can counter this state-sponsored use of its EU borders.

The flow of migrants through the Green Line, however, cannot fall under the category of instrumentalisation because they do not cross an external border and because the numbers coming through are not on a scale experienced by Greece on its border with Turkey last year or more recently by Poland on its border with Belarus.

“There is a tendency to present the Green Line as an external border of the EU but it is not,” Schinas said. “It is a limit on which the Cyprus Republic exercises effective control but it would be a mistake to declare it an external border,” he added.

As regards the numbers of migrants coming through the Green Line, Schinas felt this could not be classed as “instrumentalisation of migrants and refugees”, as was the case at the Poland-Belarus border where more than 2,000 gathered, with the encouragement of the Belarus regime, to cross into the EU. Cyprus faced a trickle of migrants every day rather than the thousands gathered on the borders of Greece and Poland.

“Cyprus was under ‘increased pressure’,” said Schinas. The EU could support with monitoring systems and other equipment, but “we cannot have the same situation as we had in Evros,” which was an EU external border.

Asked about pushbacks, he said these were “illegal” in the EU, repeating that under European law anyone fleeing war and persecution “has the right to seek protection.” He acknowledged that at the same time borders had to be protected, but did not believe these two positions were mutually exclusive. “I believe we can do both,” he said.

“Cyprus should try to reactivate the agreement for returns it has with Lebanon,” said Schinas as this is a main source of migrants. He had raised the issue in a recent visit to Beirut.

He avoided comment on the letter sent last month by President Nicos Anastasiades to European Commission President Ursula von der Leyen that made five requests. This was for the von der Leyen to do, said Schinas, although his assertion that pushbacks of people fleeing harm and persecution was illegal, constituted an answer to Anastasiades’ principal request.

The president had proposed the adoption of temporary measures, such as the suspension of the acceptance of new asylum applications until the situation became manageable.

Interior Minister Nicos Nouris said on Tuesday that 10,868 asylum applications had been submitted to the government from the start of the year until the first week of November. Close to 50,000 applications for international protection were submitted since 2015, almost half of which were by people from countries deemed safe.