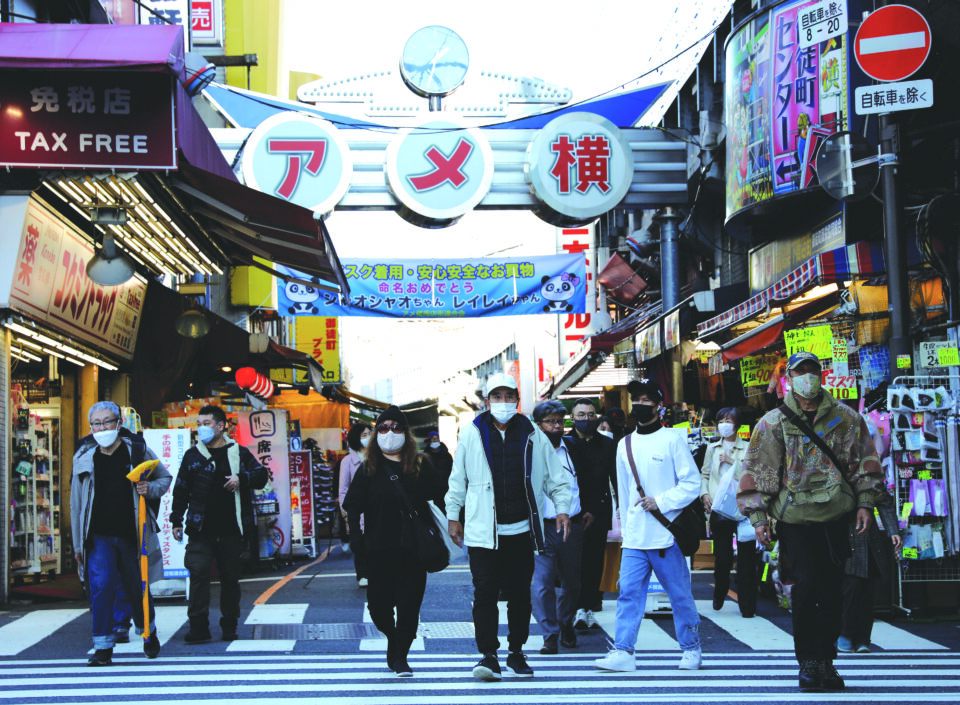 The United States ordered airlines to hand over the names of passengers from southern African countries hit by the Omicron COVID-19 variant and other countries tightened their borders as a European leader urged people to “prepare for the worst”.

World Health Organization (WHO) officials said 24 countries may have reported cases of the variant so far but that some of the early indications were that most were mild and none severe.

Staving off Omicron while scientists establish how easily it can spread and whether it can evade vaccine protection is a “race against time”, the president of the European Union’s executive Commission said, emphasising the role of vaccines.

“Prepare for the worst, hope for the best,” Ursula von der Leyen told a news conference, adding that according to scientists, full vaccination and a booster shot provide the strongest possible protection.

Ghana, Nigeria, Norway, Saudi Arabia and South Korea were among the latest countries to report cases of the variant. Britain reported 22 cases so far, a number it said would certainly go up.

Japan, which had already barred all new foreign entrants, reported its second case of the new variant and said it would expand travel restrictions.

Such curbs have become more tangled as they have spread.

Hong Kong added Japan, Portugal and Sweden to its travel restrictions, while Uzbekistan said it would suspend flights with Hong Kong as well as South Africa. Malaysia temporarily barred travellers from eight African countries and said Britain and the Netherlands could join the list.

“Blanket travel bans will not prevent the international spread and they place a heavy burden on lives and livelihoods”, the WHO said https://www.reuters.com/business/healthcare-pharmaceuticals/officials-offer-vaccine-reassurance-who-advises-against-travel-bans-2021-11-30, while advising those unwell, at risk or 60 years and over and unvaccinated to postpone travel.

The United States, which has barred nearly all foreign nationals who have been in one of eight southern African countries, issued a directive requiring airlines to disclose names and other information of passengers who have been there.

The directive, issued by the U.S. Centers for Disease Control and Prevention (CDC) took effect late Tuesday, according to documents seen by Reuters.

Global shares https://www.reuters.com/markets/europe/global-markets-repeat-wrapup-2-2021-12-01 came off lows plumbed on Tuesday after remarks by the CEO of Moderna raised questions about the efficacy of COVID-19 vaccines against Omicron.

Kate Bingham, the former head of the UK’s COVID-19 Vaccine Taskforce who secured millions of doses for the country, said scientists should know within a week whether existing shots are effective against the Omicron variant.

BioNTech’s CEO said the vaccine it makes in a partnership with Pfizer was likely to offer strong protection against severe disease from Omicron. The European Union brought forward the start of its vaccine rollout for five-to-11-year-old children by a week to Dec 13.

Britain and the United States have both expanded their booster programmes in response to the new variant, highlighting the disparity between massive vaccination pushes in rich nations and sparse inoculation in the developing world.

Some 56 countries were reportedly implementing travel measures to guard against Omicron as of Nov. 28, the WHO said.

WHO head Tedros Adhanom Ghebreyesus said he was concerned about “blunt, blanket measures”, which “will only worsen inequities”.

In Germany, which is battling a surge in COVID-19 infections and deaths, officials said four fully vaccinated people tested positive for Omicron in the south but had moderate symptoms.

The United States is moving to require all air travellers entering the country to show a negative COVID-19 test performed within one day of departure, the Centers for Disease Control and Prevention (CDC) said. The new one-day testing requirement would apply to U.S. citizens as well as foreigners.

The CDC lists about 80 foreign destinations as having “Level Four”, its highest level of COVID-19 transmission, and discourages Americans from travelling to those destinations.

In Asia, Japan said it would expand its entry ban to foreigners with resident status from 10 African countries.

Japanese airlines ANA and JAL said they were suspending new reservations for international flights to the country until the end of December.

“It feels a little bit like we are back to where we were a year ago and that’s not a great prospect for the industry and beyond,” Deidre Fulton, a partner at consultancy MIDAS Aviation, said at an industry webinar.