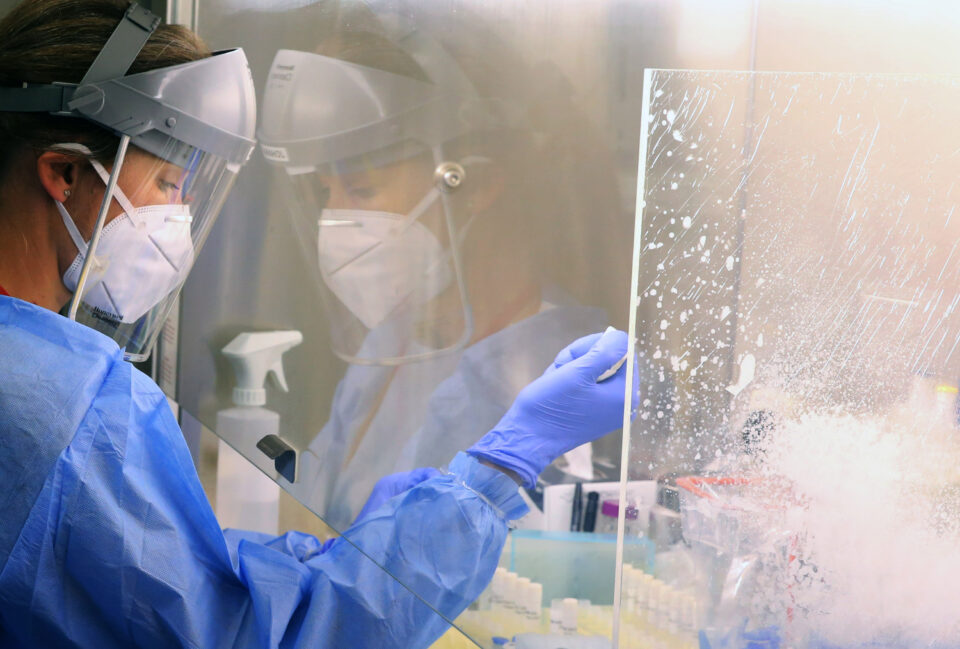 Scientists are working furiously to evaluate both infectivity and vaccine resistance

From Alpha to Omega but leaving out Xi

Alpha was the UK variant, Beta the South African, Gamma the Brazilian, and Delta the Indian. The Chinese virus is outside the Greek alphabet system, presumably because as the original it is by definition not a variant.

The whole point of labelling variants of Covid-19 with letters of the Greek alphabet was to avoid stigmatising countries as sources of infection to protect people from those countries from discrimination and persecution, although this had not sunk in with broadcasters who referred to the Delta variant as being from India.

When the outbreak first spread in Italy, a London cabbie refused a fare from some Italian passengers because they were Italian and a Chinese guy was beaten up in Oxford Street in London for being Chinese, so the need to protect people from persecution is real.

The former US president enjoyed calling Covid-19 the Chinese virus, and you would think it would have been the first to have a Greek letter attached to it but Alpha was given to the UK variant, which left the Chinese original with the generic name of Covid-19 – short for coronavirus 2019 from the date it first appeared in November-December that year in Wuhan, China.

There have been other less prevalent strains Epsilon, Zeta, Eta, Theta, Iota, Kappa and Lambda   but as they did not become dominant, they were of less concern and less well known.

Omicron is different. It is of great concern because apparently it has a higher infectivity than Delta and the vaccines administered to date may be less effective against it. Time will tell. Scientists are working furiously to evaluate both infectivity and vaccine resistance. The hope is that the vaccines will prove effective and a Merry Christmas will be had by all those who enjoy Christmas, which is most people bar old curmudgeons like Scrooge.

The problem with Omicron is that it sounds sinister when it is not. For Greek speakers it is one of the sweetest letters in their 24-letter alphabet. It is not just a sound but a phrase that describes its sound. It means ‘little O’ in contradistinction to Omega the last letter of Greek alphabet which means ‘great O’.

In the phonetics of Ancient Greek Omicron was a short vowel and Omega long. The two sound the same in Modern Greek but words that derive from the time they sounded different are spelt differently.

Three letters in the sequence of the Greek alphabet between Lambda and Omicron were passed over by the World Health Organisation (WHO) when it labelled the new variant. Rumour has it that this was done because they look like Chinese names, not the least of them being Xi which is the first name of the Chinese President Xi Jinping. I am not sure about this, but it is an interesting bit of useless information.

Scientists from South Africa where Omicron was first identified suggest that the symptoms of sufferers are mild although they have been mostly young and not enough time has elapsed from when they first contracted the disease to evaluate how dangerous it will turn out to be.

Travel from southern Africa has been restricted which was as inevitable as it is inevitable that Omicron will become the dominant variant if it is indeed significantly more infectious than Delta in line with evolutionary principles. Still governments are answerable to their electorates and people expect travel restrictions when a potentially dangerous variant is on the loose in other countries.

The other interesting thing about the use of Omicron is that it is the harbinger of Omega which, continuing with the Greek theme, sounds Delphic. Omega marks the end of something, but the end of what – the pandemic or of life as we know it?

The Omega variant may be so mild as to be insignificant and mark the end of the Covid-19 sequence of variants and the end of the pandemic. But if Omicron turns out to be more virulent, the omens for Omega would not be good.

Still vaccines and cures are proliferating, and fingers crossed the pandemic will recede in 2022. It has already lasted longer than the Spanish flu of 1918 that fizzled out in 1919. Mercifully it has not been as deadly although the longer it lasts the more people will die.

Incidentally the Spanish flu had little to do with Spain. What happened was that it started in the trenches during World War I but as most of Europe was under wartime censorship it was kept hush hush except in Spain that had not joined the war.

It is bit ironic that Spain was stigmatised with the deadliest flu in history when she had stayed out of the war where it started.  Alas they did not think of labelling diseases using the Greek alphabet from alpha to omega in those days.

The alpha to omega labelling of the Covid 19 variants reminded me of an old Greek song by Grigoris Mpithikotsis called apo to alpha os to omega. Here’s an excerpt from the lyrics in English: “It was written that to reach from alpha to omega I had to go through paths strewn with thorns, but arrived at a harbour beyond the reach of pain.”

As we wait for news about how virulent Omicron is, the hope is that if reached the Omega variant will spell the end of pain and suffering.