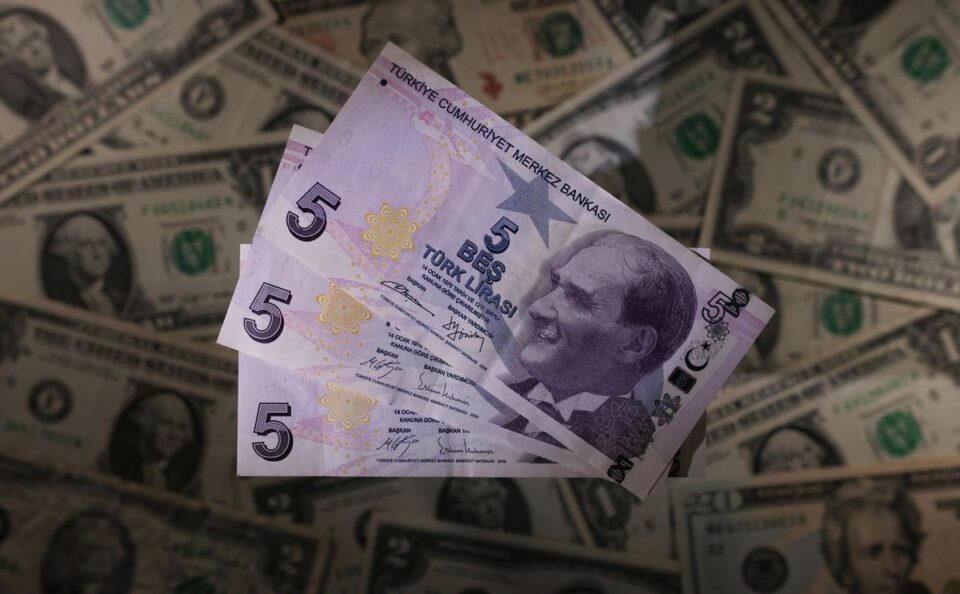 Alongside him at a press conference, Foreign Minister Mevlut Cavusoglu said Turkey was not asking for any money.

The selloff has been driven by aggressive monetary easing that Erdogan sought, but that economists and opposition politicians say is reckless. Inflation jumped to a three-year high of 21.3 per cent last month.

Despite its depleted reserves, the central bank intervened in markets twice last week over what it called unhealthy prices, keeping the lira below 14 to the dollar.

Last year, Qatar’s central bank expanded to $15 billion a foreign-currency swap line it had with its Turkish counterpart.

Credite Suisse said the interventions, inflation figures, and Governor Sahap Kavcioglu’s remarks to investors last week suggest the bank may hold steady or cut rates by 50-100 points at its next meeting on Dec. 16.

On investor conference calls, Kavcioglu signalled the easing would likely pause in January after one more cut this month. One participant told Reuters that the bank, in response to a question, said the chances of holding rates at 15 per cent in December had increased due to the selloff.

“Deputy Governor Mustafa Duman said that the MPC will decide between a rate cut and a pause on 16 December, and Governor Kavcioglu intervened by saying that the ‘chances of no rate cut on 16 December increased’,” Credit Suisse said in a client note.

Under pressure from Erdogan, the central bank has slashed its policy rate by 400 basis points since September and is expected to ease policy again this month.

Turkey’s real rates are deeply negative, a red flag for fleeing investors and for Turkish savers who have flocked to hard currencies to protect their wealth.

He has repeated in recent weeks that rate cuts are needed to boost exports, credit, jobs and economic growth, adding elections will be held as planned in June 2023.

Vice President Fuat Oktay said on Monday the volatility in the exchange rate was not based on economic fundamentals, adding the economy was being subjected to “manipulative attacks”.

Navy thanked for their service on saint’s name day

Coronavirus: Cases doubled in a month, mostly those aged six to 11