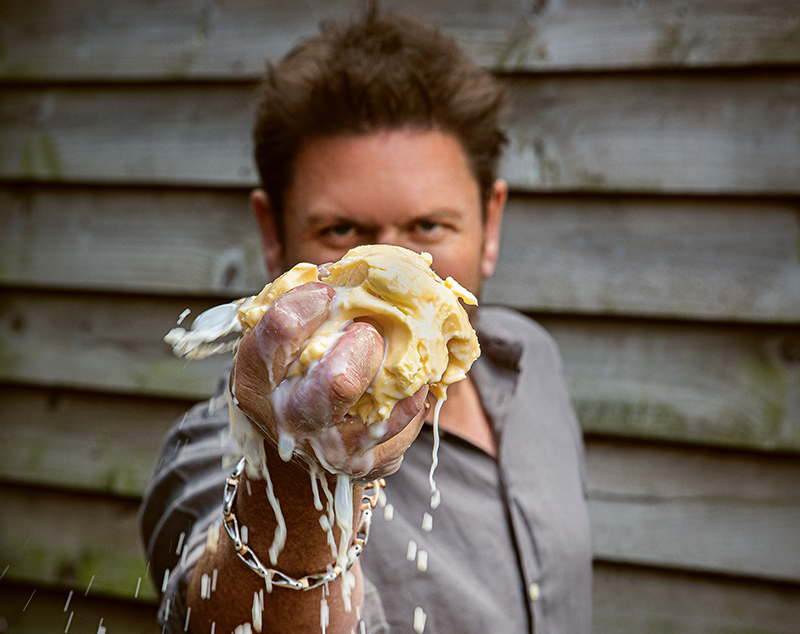 Every now and again, chef James Martin’s mum would let him make his own packed lunch – and on those occasions, he knew exactly what was going in his Spider-Man lunchbox.

“I’d have buttered white sliced bread and mashed up banana with a Cadbury Flake on it, press it down, wrap it in cling film,” he remembers fondly.

Several decades on, this is a Yorkshireman who puts butter on roast potatoes (specifically when they’re “not cold, cold”, but lukewarm) and has now written a whole cookbook devoted to the yellow stuff, simply titled Butter.

It shouldn’t be a controversial topic, but let’s be honest, people can get judgy about how much butter you slather on stuff (for instance, if you put it on gingernut biscuits… cue lots of raised eyebrows). Everyone believes their way of buttering toast is the ‘right’ way.

“If it was my granny, she would butter it so much you could see a wedge of butter on it. I can’t do butter if it’s not visual on hot toast,” says Martin of his own butter-to-toast ratio preference. “I can’t eat it; it’s got to be enough butter to make it still visual.”

Then there are the health concerns – Martin, 49, has a family history of heart disease and has a check-up every six months. “I’m fine,” he says. “It’s everything in moderation. I don’t drink, I don’t smoke. So there you go. If you complain about me putting butter on my bread, then stop bloody smoking or stop drinking.”

Classically French-trained, he believes “there is no substitute” for butter – certainly not margarine. “Margarine should be banned. It’s dreadful, dreadful stuff,” he says. “It’s two elements away from plastic, it’s horrendous stuff.” He even quotes Anthony Bourdain in the book, who says it’s “not food”.

For the seasoned flour:

For the chipotle dressing:

A few sprigs of coriander and mint, chopped

Place the chicken in a large bowl and coat in the buttermilk. Cover and pop in the fridge overnight.

Heat a pan of vegetable oil or a deep-fat fryer to 170C.

Mix the flour together with all the spices in a shallow bowl. Drain the chicken from the buttermilk and dredge it through the seasoned flour, coating each piece well.

Fry the chicken in batches for six to eight minutes until golden and crispy, then drain on kitchen paper.

To make the chipotle dressing, whisk together the mustard and egg yolks. Slowly drizzle in the oil, whisking continuously until you have a thick dressing, then whisk in the chipotle paste.

To serve, pile the chicken onto a platter, drizzle over the chipotle dressing and sprinkle the herbs and chillies over the top. Dot with lime wedges for squeezing.

Preheat the oven to 170C and grease four 10 centimetre tart tins, one and a half centimetres deep.

On a lightly floured surface, cut out 12×12 centimetre squares from the filo pastry. From the remaining pastry, cut out eight discs, using a five centimetre round cutter.

Brush one filo disc with melted butter on one side and place it butter-side down into a tart tin. Lightly brush three of the filo squares on both sides with melted butter, then cut them in half into triangles. Arrange the triangles evenly on the disc like petals, then seal them with another filo disc on top (this will ensure light, flaky and crisp croustades).

Bake the tarts for eight to 10 minutes until crisp and golden, then carefully place them on a wire rack to cool.

Put the sugar in a non-stick frying pan over a medium heat; do not stir but carefully swirl in the pan until the sugar is brown and caramelised. This should take about three to four minutes. Toss in the almonds to coat them.